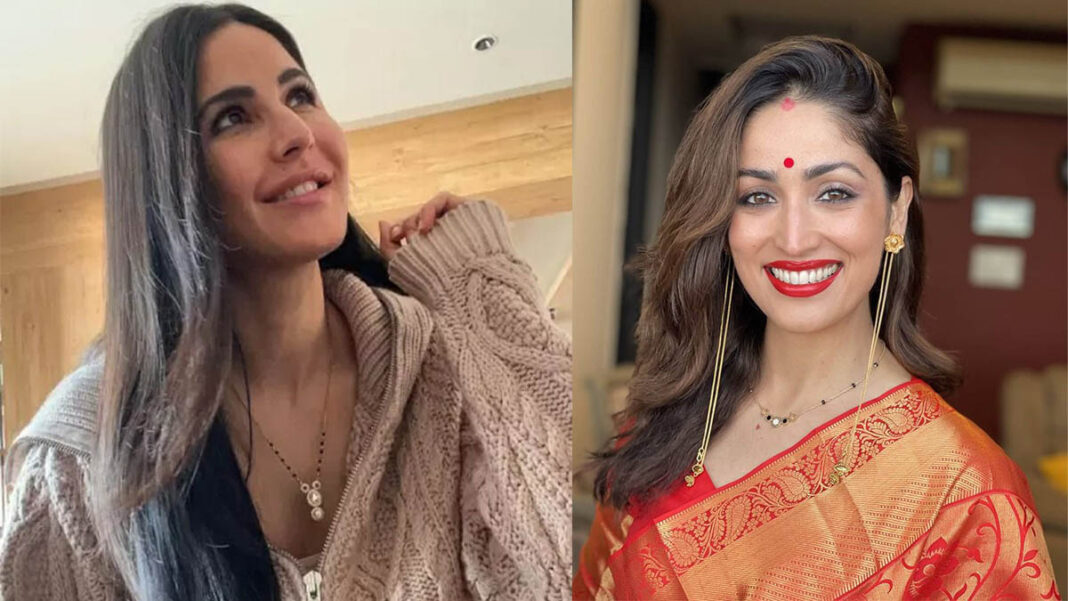 Mangalsutras hold a special place in a traditional Hindu marriage across several states in India, although it is not integral to every traditional wedding custom. Like the sindoor (vermillion), this black beaded neckpiece is the sign of a married woman, a mandatory ornament to be worn throughout her married life. It is believed to protect married women from the evil eye and bless her with a long and happy conjugal life, which is exactly what the name implies – mangal meaning “wellbeing” and sutra denoting an auspicious thread.

Till about a generation or two back, there were no married women seen without this, but with passing time, mangalsutras started being looked down upon, especially by upwardly mobile, independent women of the 90s who were challenging the status quo. However, after a few decades, mangalsutras went global with the renowned fashion brand Bvlgari designing their own version of it with an international appeal. And then the neckpiece was back with a bang and how! So much so that Indian designers too began to experiment with it and along came the fashion of mangalsutra bracelets.

If you didn’t already know, mangalsutras are versatile, with several states in India having their own unique version of it and different names as well. Know more about these 8 mangalsutras from various parts of the country.

Traditionally, Gujarati mangalsutras are strung with black beads for the chain, along with intricate gold pendants. Now, they’ve got a contemporary twist with diamond pendants, although the beaded chain has remained constant.

For Maharshtrian brides, the mangalsutra has a black beaded double chain with two gold vatis that are bowl-shaped. The mangalsutra gets its name from its pendants. The double layered chain, meant to drive away the evil eye and bless the couple with a happy marriage, represents the husband and the wife. There are two types of beads that one can choose from – Nirgun and Shagun. While the black beaded chain is referred to as Nirgun, chains where every 9 black beads are separated by 2 gold beads are called Shagun.

Typical mangalsutras among the Sindhis have a gold and black beaded chain, along with a pendant. The bride and the groom can select one from a myriad of designs that are available. These days, the designs have become increasingly more contemporary, enabling the bride to flaunt it with both desi and western outfits for an everyday look.

Read: 24 Beauty Products Every Bride Should Add To Their Vanity Kit

In Bihar, taagpaag means mangalsutra. In this part of our country, mangalsutras are black beaded chains with a pendant. The design for pendants vary and can be selected as per the choice of the bride and the groom. Along with this traditional neckpiece, toe rings or bichwa are also considered to be auspicious, since it is believed to boost her reproductive system.

Also known by several other names like Thirumangalayam, Mangalyam, Thaaly, and Kodi, the groom in a Tamil wedding ties the Thaali Kodi around the neck of his bride in a ceremony called  “Mangala Dharanam”. It holds the same significance as matching wedding bands that wedded couples wear. Weighing about 4 to 5 grams of gold, the mangalsutra represents dynamic stories from indigenous mythology or family customs. These mythological elements include images of Lord Shiva, Goddess Meenakshi, or Tulsi plant. To make it look more ornate, a Tamil family can add coins, gold, diamonds, or other precious stones. Initially, the Thaali is worn with a yellow thread, which is replaced with a gold chain or black beaded chain, referred to as Nallapusalu.

Read: 5 Of India’s Most Famous City Markets For Bridal Lehengas

In the southern most state of India, the mangalsutra is known as Thaali among the Hindus and Minnu by the Christians. The Minnu comprises a pendant with a cross, a holy symbol for the Christians, set on a gold medallion in the shape of a heart, which implies love. More specifically, it stands for the relationship that the newlywed couple must follow – the same relationship that Jesus shared with his wife, the church. Five or seven dots give the cross its shape. The seven dots imply the bride, the groom, parents of the couple, and the church.

Mangalasutramu is referred to by various other names, Pustelu, Maangalyamu, Ramar Thaali, and Bottu. This mangalsutra has two gold coins or discs, each of them contributed by either side of the families. During the wedding, the groom ties the discs with one yellow thread, which is contributed by the groom’s side. He then tied three knots of the mangalsutra.

16 days after the wedding, the discs are united in a ritual that can be performed by the groom or any elder member of the family. Here, coral and black beads threaded in a gold wire are used to connect the two discs together. The significance behind this ritual is to prevent the couple from being at crossroads with each other in their married life. It is also a celebration of the couple’s unison, physically, emotionally, and spiritually.

The most distinct of all mangalsutras in India, the pendant is replaced by gold earrings. The bride’s parents gift her the earrings, which are strewn to a plain red thread. After getting married, her in-laws give her a gold chain, known as “aath”, which replaces the red thread. At times, a small gold ornament, called “Aathoru” is added to the gold chain.