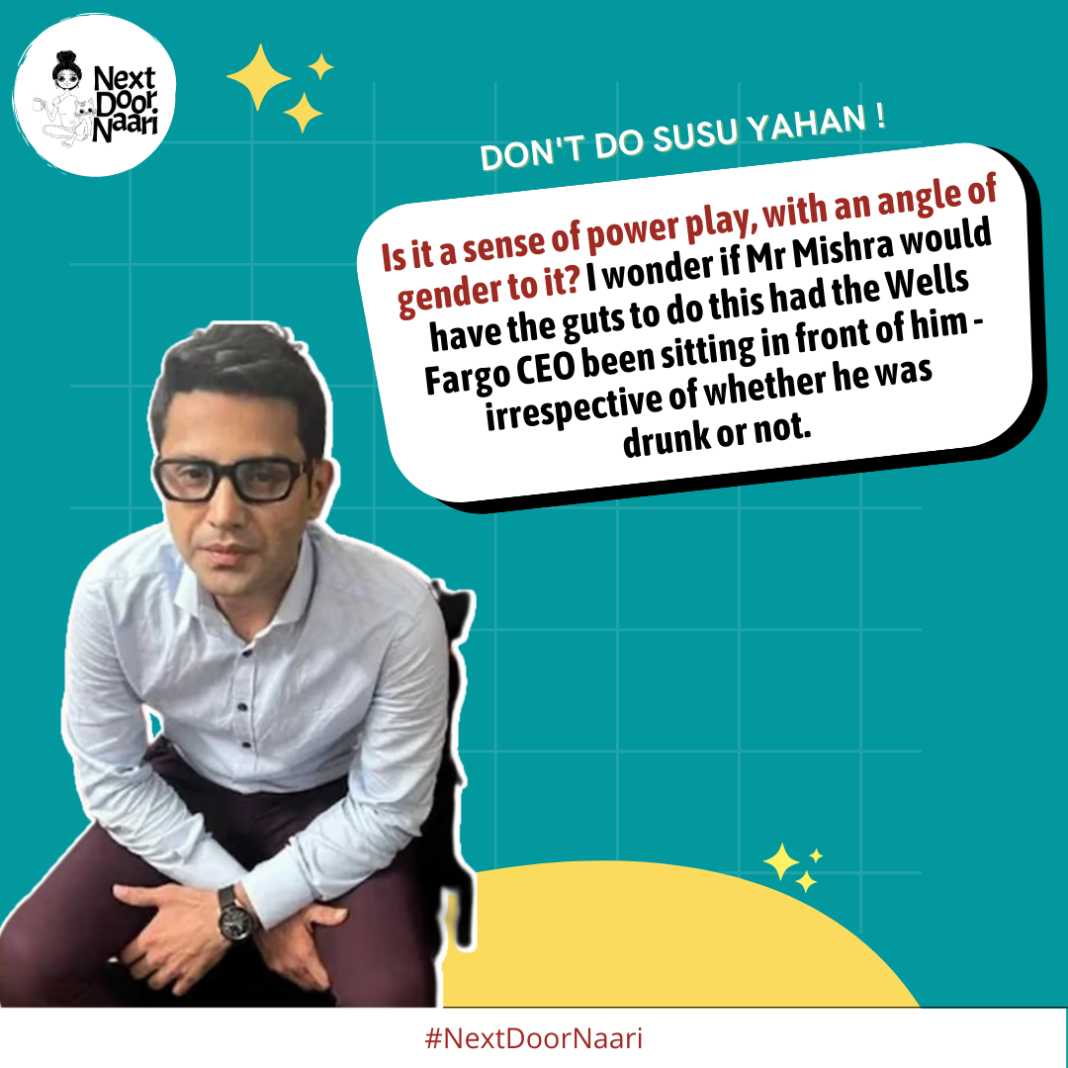 Raise your hand if this sight seems familiar. Amidst a busy city street bustling with people and vehicles, in broad daylight, you see multiple men lined up against the city walls, trying to conceal their faces as much as they can by simply looking away. On a closer look, you’ll see the wall in front of them becoming wet in splashes. And that’s when you’ll realise what’s going on. It doesn’t matter where this is—from Mumbai to Meerut to Mangalore, the sight of public urination in India is common. And paradoxically, the sight of a man relieving himself in public is still more normalised than a couple displaying affection in public. The former will most likely get you fined, but the latter could get you arrested, or in some cases, even forcibly married.

Acts like public urination, scratching your crotch in plain sight, and even open bathing and defecation at times—behaviours socially meant to be carried out in private, behind closed doors—are commonly performed in public in our country. Some blame the lack of infrastructure and that there aren’t enough public toilets. Others argue that certain biological needs are critical and need to be taken care of urgently, so when nature comes calling, you go with the flow (pun intended). And somehow, those rules don’t apply to women. Women have to find bushes where they can go unnoticed or hold in their pee even if it feels like their bladder is about to burst. And forget peeing, even the basic act of a girl buying a sanitary pad (a true biological event out of our control) is meant to be shielded from the naked eye in layers of newspaper and black bags.

Speaking specifically of men publicly relieving themselves, so normalised is the behaviour of men treating alleys and streets as bathrooms that a couple of weeks ago, on an International flight from New York to Delhi, an inebriated male passenger, in a casual state of stupor, chose to pee on a female passenger publicly. And while it’s not to say that someone uneducated or with comparatively less exposure has a right to this. Yet, the fact that this not-so-gentleman was a Vice President of an American bank and was flying business class gives me enough reason to believe that he was a well-educated upper-class member of society.

I wonder what entitles someone to behave like this. What gives anyone the license to publicly engage in acts otherwise meant to occur behind closed doors? In this case, to zip their trousers, aim their penis straight at another person, and then treat them like a public toilet.

Is it a sense of power play, with an angle of gender to it? I wonder if Mr Mishra would have the guts to do this had the Wells Fargo CEO been sitting in front of him – irrespective of whether he was drunk or not. Is it a lack of fear of any kind of authority – where one feels that supposedly casual humour will not be taken seriously and will be shushed down? Or perhaps, behaviour like this is so normalised that someone automatically assumes that it is absolutely fine to take a piss anyway – so what if it’s a co-passenger and not a paan and gutkha splattered wall?

If you ask me, it’s a combination of multiple things. Or, just a case of prevalent disrespect against women that surfaces again… and again! A normalised behaviour and attitude clubbed with a culture where men casually objectify women – right from cracking seemingly harmless sexist jokes, to harassing them on the road, to graver crimes that include violence, where if you think about it, an act like #PeeGate fits in rather organically.

And if you follow the news, the passenger has publicly denied that he even committed such an act, let alone apologise in public or private. As is the case with rapes, and sexual harassment – the victim has been blamed. For urinating on herself and accusing him instead. Of being a Kathak dancer. Because clearly, once again, it was the woman’s fault. Here, too!

Looking towards the future, I wonder what the implications of this incident will be. Like multiple incidents in the past, will this be forgotten the moment a more exciting piece of news takes its place? Or will this have some impact? Will the Government take strict action towards men like Shankar Mishra to set an example for other men who choose to take such casual liberties with their manhood? Will it make public urination severely punishable by law, so that the act of peeing publicly ceases? Or again, will it work in the interest of not just women’s safety, but also women’s respect?

And as for our peeing Air India passenger, I wonder if going forward, just the act of taking a piss is going to make him nostalgic.