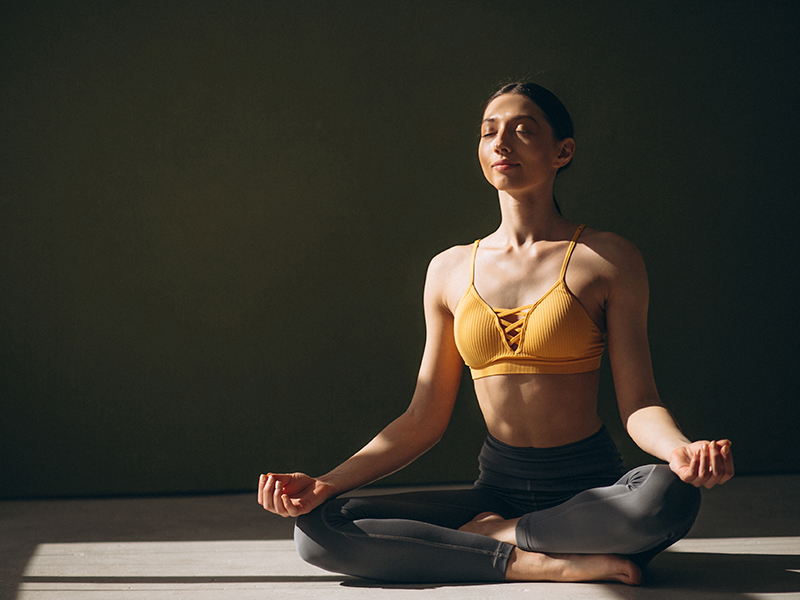 Take a deep breath and hold it in for a while; now breathe out very slowly. This simple act of breathing seems quite relaxing at times. It allows you to rejuvenate and gather some more energy to get on with your day. Bhastrika pranayama is a breathing technique that has a similarly relaxing effect on the respiratory system. Bhastrika is a Sanskrit word for ‘bellows’. Bellows are used by blacksmiths to fan the fire as they work. Bhastrika pranayama involves continuous inhalation and exhalation performed in rapid succession. It is imperative that you learn the precise technique of Bhastrika pranayama before practising it independently. Try these home remedies for Kapha and balance your kapha dosha

Here Is How Bhastrika Pranayama Helps You Maintain Good Health

Focused and controlled breathing enhances the purification of blood by allowing more oxygenation. The process of purification helps to remove toxins from several body tissues. One of the Bhastrika pranayama benefits is that it leaves you feeling rejuvenated and refreshed.

When you perform inhalation and exhalation in rapid bursts, you activate your lung muscles. Your lungs get a good workout while performing Bhastrika pranayama. The lung capacity also increases with the regular practice of Bhastrika pranayama. Patients suffering from breathing troubles are often advised to perform this form of breathing technique to strengthen their lungs.

The rapid bursts of breathing involved in Bhastrika pranayama help in tightening the core muscles. Regular practice of this form of pranayama will allow you to develop a well-toned midriff. Bhastrika breathing also helps to improve the tone of the intestines and allows easy digestion.

Bhastrika pranayama stimulates the circulatory and cardiovascular systems by enhancing the speed of blood circulation. By allowing the blood to flow freely through the circulatory apparatus, blood pressure is kept under check. Patients with a history of cardiac disorders or blood pressure issues should perform Bhastrika pranayama only after consulting with a physician.

Are You Eligible To Perform Bhastrika Pranayama?

Certain guidelines and rules influence the practice of Pranayama. Not everybody should perform all the Pranayama techniques. There are certain restrictions one has to follow while practising Bhastrika pranayama steps.

Do not perform Bhastrika pranayama if:

There are several Bhastrika pranayama benefits for the wellbeing of the respiratory system, digestive system, blood circulation, nervous system. Nevertheless, patients should not perform this breathing technique without consulting with their physician.

While performing Yoga and Pranayama it is imperative that the sequence of steps remains unaltered. The steps have to be performed one after the other as instructed for maximum benefit. Below is the correct sequence to perform Bhastrika pranayama.

You will experience all the Bhastrika benefits if you follow the correct sequence of performing this form of pranayama.

The Stages Of Pranayama

Even though Bhastrika pranayama follows a rapid breathing technique, it still adheres to the basic rules of pranayama. As per these rules, there are three stages of pranayama:

Puraka is the stage of inhalation; the first stage of pranayama. The speed of inhalation, the force used during inhalation and uptake of air are regulated during this stage.

A span of time passes between inhalation and exhalation. This stage is known as Kumbhaka. The span of Kumbhaka is entirely dependent on the type of pranayama technique being performed. Antar kumbhaka is the temporary suspension of breathing after inhalation. Lungs are filled with air during this stage. Bahya kumbhaka is when you stop breathing for a while after exhalation. Lungs are partially or totally devoid of air during this stage.

Rechaka is the terminal part of any pranayama technique. During this stage, regulated exhalation of air occurs from the lungs. Rechaka is performed forcefully or gently depending on the type of Pranayama.

Due to the rapidity with which Bhastrika is performed, it is difficult to differentiate between the stages of Pranayama. Thus, the three stages of pranayama and Bhastrika pranayama are related where the former is an integral part of the latter.

The Dos And Don’ts Of Bhastrika Pranayama

Follow these Bhastrika pranayama precautions to avoid any health issues or discomfort resulting due to wrong breathing techniques.

Pranayama is an excellent way of revitalizing your mind and body. It helps to treat many health conditions and prevent several others when performed regularly. But pranayama will act only as a supplement to the mainstream treatment of any health disorder. Embrace pranayama and make it an integral part of your day for a happy and healthy life.

10 Possible Reasons Why You Missed Your Periods, According To A Gynaecologist

Kicking It With Jyoti Ann Burrett: Taking Up A Sport As An Adult