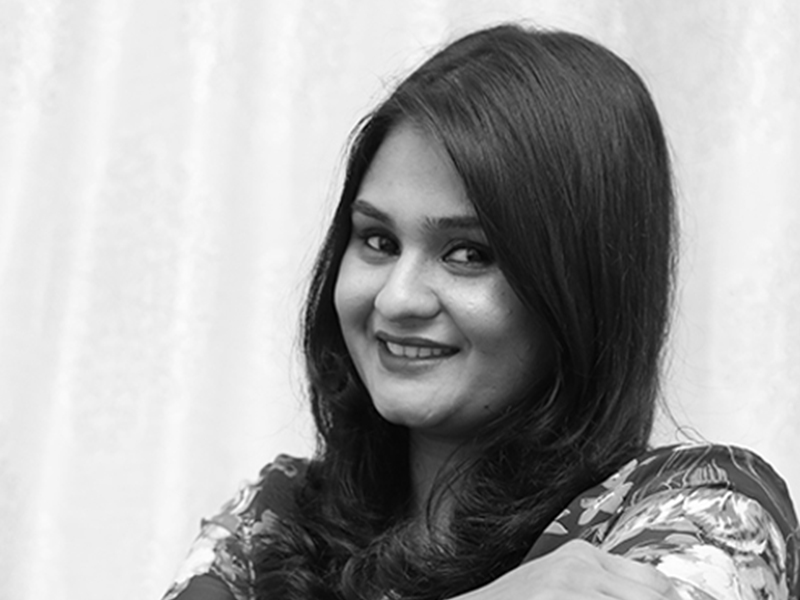 When I was all of 17, one random evening while watching television, my mother noticed I was watching with my eyes slightly squinted. She must have developed power, my mother thought. You probably need glasses, Akshita – she said. Let’s take you to an optometrist. And we went, although I was a little annoyed at the prospect of having to wear glasses. Especially because I was just on the verge of starting college and didn’t really want to be labelled a nerd. No you won’t, my mother insisted. Let’s see what the doctor says. If you need glasses, we’ll get you some really smart looking ones. She said, trying to make me feel better.

At the eye doctor’s, however, I was in for a rather rude shock. After a series of checkups, they concluded that there was something severely wrong with the vision in my right eye. In fact, it was only after their diagnosis that I realised that if I, by chance, happened to shut my left eye, I could see only blurred images with the right. Something I hadn’t realised earlier.

The doctor suggested to my parents that we consult a cornea specialist immediately. Which we did. Given that no one in my family had had any history of eye conditions (except having to wear reading glasses at the onset of age), our own knowledge of eye doctors and eye conditions was limited. My parents made frantic calls to friends and family to get a few references of cornea specialists. And what followed was visits to pretty much every eye doctor in town.

After many, many tests, I was diagnosed with an eye condition called Keratoconus. In layman terms, most people have a round shaped cornea. Mine was cone-shaped right from birth. In most cases, the doctors said, the condition was diagnosed in people when they were in their pre-teen years. And as a solution, the doctors would usually prescribe corrective lenses. Which would ensure that as you grew older, the cornea automatically assumes the right shape. In my case, however, the condition was diagnosed relatively late, which meant a certain degree of deterioration had already occurred. And we would need a series of corrective surgeries to undo the damage done.

This was obviously not good news, and even the thought of a surgery scared both my parents. And me.

Another thing that we faced as a result of this was the number of wrong diagnoses before the right one. Which honestly gave me a true insight into how healthcare is such a profitable business in our country. Right from a doctor who prescribed me wrong lenses, to doctors who gave me medicines we later realised were not going to help. My true takeaway and suggestion from this would be—to always consult another doctor or two before you take any critical steps.

There was also a social angle. Many relatives recommended my parents to keep this a secret, because of the stigma attached to any healthcare condition. While initially even my parents hesitated, they themselves asked me to share my story, in the hope that it would encourage others.

As of today, I have undergone a total of three eye procedures, one of which involves an artificial ring inserted into my right eye, to hold the cornea in shape. And while thankfully my life has been mostly normal, there are still certain limitations I have to live with in my life. I wear special customised contact lenses, which can be very painful occasionally. I have to be extremely careful when I travel, especially by air, as my eyes tend to dry out and cause me severe discomfort.

But what living with a condition like this has taught me is… well, many things. The first, to always prioritise health and wellbeing (not to say that I always follow this, thanks to screen time! But I try). On a spiritual level, it’s also taught me to be grateful, for the fact that it was diagnosed in time. For the fact that I had a family that could bear the costs of an expensive healthcare set-up in our country. For having a life partner who didn’t see this as a burden but rather, accepted it as one of my lovable imperfections. And just for having an entire network of friends and family who jumped to find me the best doctors and keep me in a positive mindset when they found out.

My vision may get blurry from time to time, but in the end, I see things more clearly than ever. And I’m okay with that. Because, isn’t that what life is all about, anyways?