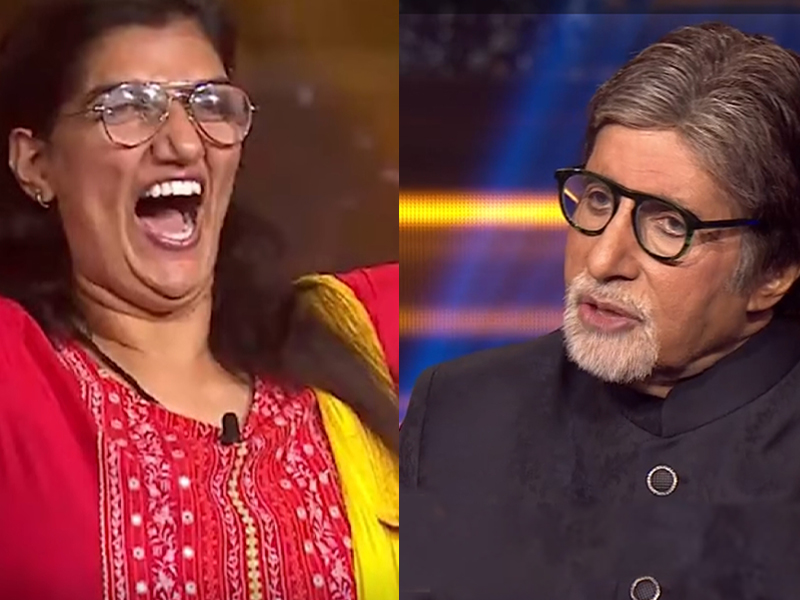 Kaun Banega Crorepati has managed to change the lives of hundreds of people and the 13th season of this hit show couldn’t be a better example. You can see families sitting in front of the television, most of them having dinner, as Amitabh Bachchan puts forth questions that make for a great learning experience. The show has managed to make history and this weekend, is giving a visually impaired woman the chance to showcase her talents. In the latest promo shared on the SonyLIV platform, it was shown that Imani Bundela managed to win Rs 1 crore, making her the first visually impaired crorepati on KBC!

As she gets ready to risk everything and tries her luck for the 16th question to win Rs 7 crore, TC46 wishes her the best of luck.

Key Things You Need To Know About The Visually Impaired

Let’s shed some light on how the visually impaired lead their lives in India and just like Imani Bundela, they too achieve extraordinary feats.

1. There Are 4 Prevalent Types Of Blindness

The general population thinks of blindness in the simplest terms – a person who can’t see. In reality, blindness is much more complex. There are many different types of blindness and visual impairment. While some blind people truly see nothing, others see light, shadows or objects that are close by. Vision loss can start at birth or gradually decline. Blindness can stem from a problem with the eye itself or be caused by a disorder in the brain.

Blind people are far more aware of their environment and have more mastery than they are given credit for. They may need inputs just like anyone else, to familiarize themselves in a new place or learn a new technology. But, visually impaired people by no means are perpetually dependent on others for their living.

If they need assistance, trust that they will ask for it on their own. I, the author, have had the chance to study alongside several brilliant blind students at Ramnarain Ruia College, Mumbai. I’ve always seen them be independent and confident, leading lives just like you and me.

Unfortunately, the visual representation of blind people in movies, television shows has been of an individual wearing dark glasses and walking with a cane. That’s not the truth for several visually impaired people. Since there are varying degrees of visual impairment and blindness, some individuals seek assistance in the form of a cane while others don’t. Some prefer using guide dogs, who are trained to help them navigate through life.

4. They May Not Have Heightened Senses

Remember watching Ayushmann Khurana in Andhadhun and thinking, does visual impairment lead to superpowers! Most people think that if one of the senses of a person stops working, the others become sharper. This is not necessarily true! Though blind people may rely more on their other senses, and develop a strong memory or are tuned into auditory cues, they may not always have a sixth sense.

Imani Bundela is the latest example of how a disability can’t stop talent and skills. From sports to social work and art to science, blind women have managed to carve their name and achieve immense success.

A born fighter, Tiffany did not let her disability stand in the way of her goals. She became blind as an infant due to oxygen toxicity, soon after birth. She strongly believes that it is for a purpose that she is visually challenged and her disability is a way to bring possibilities for others like her. Being forcefully made to sit at the back of the class in school and not being allowed to participate in sports, made her determined to make a change. Today, Tiffany is a motivational speaker, a special educator, a social activist, ever ready to raise her voice for her community and for other disabilities as well.

An activist and comedian, Nidhi is working on disability rights and gender justice. At the age of 15, she was diagnosed with an incurable, irreversible progressive degenerative eye condition that rendered her blind. She is the founder and director of Mumbai based non-profit Rising Flame and is a writer, trainer, researcher and artist. Nidhi has been appointed to the UN Women Executive Director’s advisory group.

The winner of eight national blind chess titles, Vaishali is truly a champion. She is the first Indian blind chess player to participate in the 43rd World Chess Olympiad in September 2018. Vaishali has been playing chess for over 20 years.

A visually-impaired judo champion, Sarita dreams of winning an Olympic medal. Hailing from Hoshangabad, Madhya Pradesh, Sarita has been blind from birth and is one of six siblings. An athlete since childhood, in 2017, she took part in a camp organised by the NGO Sightsavers India, to train blind judoists. She won her first bronze medal at the 6th National Blind and Para Judo Championships in 2018 in the 44 kg junior category. In 2019, she represented India and won bronze at the Commonwealth Judo Championship for the visually impaired in Birmingham, UK.

Beno made history when she became India’s first 100 per cent visually challenged person to be inducted into the country’s elite Indian Foreign Service (IFS). She secured 343rd rank in the 2013-14 Civil Service examination, but had to wait for a year for her appointment, as the government worked out the rules to accommodate her.

Imani and all these women are making history, breaking stereotypes associated with the visually impaired community. And this weekend, as Dhuk-Dhuki ji or the game timer on KBC ticks away, the world will be watching from the edge of the seat, cheering on Imani!

5 Positions, Tips & Precautions To Have The Best Shower Sex