More
Buzz 46Buzz 46: 5 Alia Bhatt Movies That Made An Impact On Aspiring...
Advertisement

Buzz 46: 5 Alia Bhatt Movies That Made An Impact On Aspiring Actors 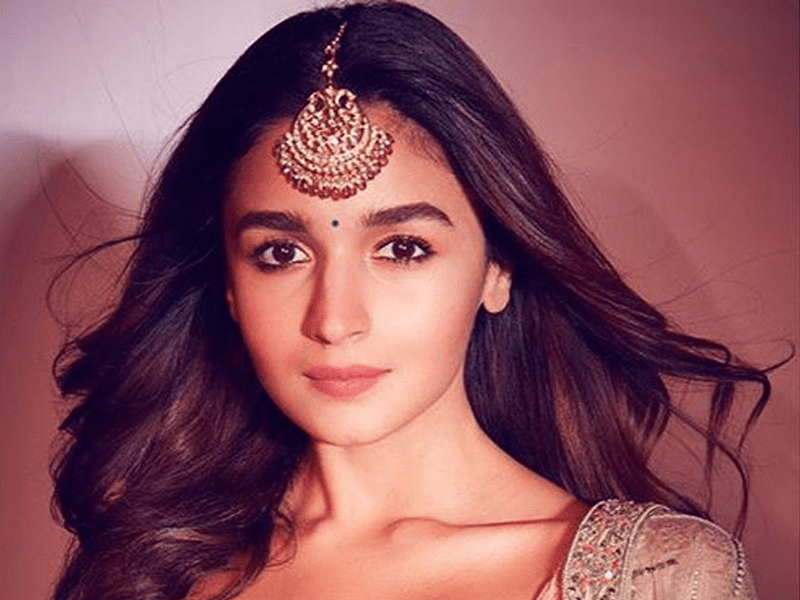 While references might help you get your foot in the door, it’s skills and talents that decide whether you stay or say goodbye to the limelight. And one actor that has proven her mettle in Bollywood after facing a ton of criticism and controversies is Alia Bhatt. While she began her filmy career with light and superficial movies that amassed fans, she had to struggle to gain accolades from the critics and film-lovers. Movies like Shandaar failed to make an impression but with better movie choices like Highway and Raazi, she finally established herself as an actor. She has spread her wings beyond the world of cinema, launching Ed-a-Mamma is a conscious clothing brand that cares about children and the earth. And, she has announced her own production company Eternal Sunshine Productions. And the first film under this banner will be Darlings, which is being co-produced by Shah Rukh Khan‘s Red Chillies Entertainment.

On her birthday, TC46 lists some movies she has performed exceptionally well in and is aspiring a generation of actors to pursue their dreams. Here are 5 must-watch movies of Actor, Entrepreneur and Producer Alia Bhatt.

A breakthrough movie for Alia was Highway directed by Imtiaz Ali starring Randeep Hooda. Overnight, Highway’s release changed how Alia would be perceived by the industry, her peers, filmmakers, and most importantly, aspiring actors. Alia and her Highway character Veera were a match made in heaven. Like Veera, Alia was a city girl, cocooned in her upper-class, privileged existence throughout her life, unaware of a rougher, wild, unpredictable world outside, a far cry from her psycho-social environs. Alia travelled with Imtiaz and his team to places she had never been to and met people she probably would have never met if she was not doing Highway. From Rajasthan to Himachal Pradesh to Punjab to Delhi to Haryana to Kashmir, Alia shot in real locations surrounded by real people of the soil, not a crowd thronging around film actors shooting in some metro. One scene, a reflection of Stockholm Syndrome, stands out and Alia’s raw, emotional depiction of the angst the character feels after being molested by her uncle is applaud-worthy.

Though this Abhishek Chaubey directed movie had a dream-come-true star cast of Shahid Kapoor, Kareena Kapoor Khan and Diljit Dosanjh, Alia made a mark with her work. The prep lasted over a month – workshops with actor Pankaj Tripathi on her looks, the dialect that was a blend of Bihari and Punjabi, and the body language. She also discussed the character of Kumari Pinky a lot with Abhishek Chaubey, to understand exactly what she is like and what she has gone through. The movie was a rollercoaster ride and Alia contributed a huge chunk to this adventure the audience went on. Alia managed to pull off a part that not many imagined she would be suitable to play. Think Bihari migrant labourer and let’s admit Alia isn’t the first name that pops in your head. And yet, her scenes like the one where she tricks her captors and escapes created a huge impact. This movie is certainly one her fans will quote for years to come.

Meghna Gulzar’s Raazi was welcomed with applause not just by the audience but also the critics. Working with a stellar star cast of Vicky Kaushal, Rajit Kapur, Jaideep Ahlawat and Soni Razdan, Alia’s portrayal of Sehmat and her beautiful story is commendable. The film’s story is set against the backdrop of the Indo-Pak war in 1971, where an Indian girl Sehmat (played by Alia Bhatt) marries a Pakistani Army officer (Vicky Kaushal) to spy for her country. And Alia delivered with grace, strength and utmost nuance that the character demanded. Her breakdown in Raazi is considered to be the best scene by many.

Kaira is relatable and Alia is the one to be appreciated for making her so. In this slice of life movie, directed by Gauri Shinde, Alia paid up with Shah Rukh Khan and delivered a performance that made a lasting impression. Addressing mental health issues is not only limited to her on-screen work, but she has also stood in support of her sister Shaheen many times. In the movie, her reaction to the news of her fiancé getting engaged is one of the best scenes from Dear Zindagi. The scene shows the emotional damage that the event has caused her. Her biting on a green chilly to hide her tears is one of the most emotional moments from the entire film. Her superlative rendering of Kaira was certainly exceptional, shedding light on a plethora of mental health issues.

Shakun Batra’s Kapoor & Sons was a heartwarming movie that addressed the state of the LGBTQ+ community in India, and especially in desi households while revealing the truth behind seemingly perfect families. While Fawad Khan, Siddharth Malhotra, Ratna Pathak Shah, Rajat Kapoor and Rishi Kapoor were brilliant, Alia, too, has been hugely appreciated for her performance. Her role in Kapoor & Sons is one of the contemporary roles in the film. She successfully plays her role as a friend, companion and adviser. From helping Sidharth Malhotra to realising his worth to being an advisor to Fawad, Alia nailed it all.

While fans and critics alike are awaiting the release of Gangubai Kathiawdi, hailing it to be her make-or-break movie, Alia is happy taking on projects that satisfy the hungry actor inside her. Tell us in the comments below which one of her performance is your favourite and why.

Budget Shopper: Celebrate The Spirit Of Dussehra With Affordable Fine Jewellery From These Online Platforms

TC46 Unplugged: Can You Be The Change You Want To See? Well, I Try My Hardest Every Single Day!

Buzz 46: Husbands On Their Wives Refusing Sex, As Per A National Survey (& 4 Other Revelations)