More
Buzz 46Buzz 46: Expert Advice On How To Teach Your Kid About The...

Buzz 46: Expert Advice On How To Teach Your Kid About The LGBTQ+ Community 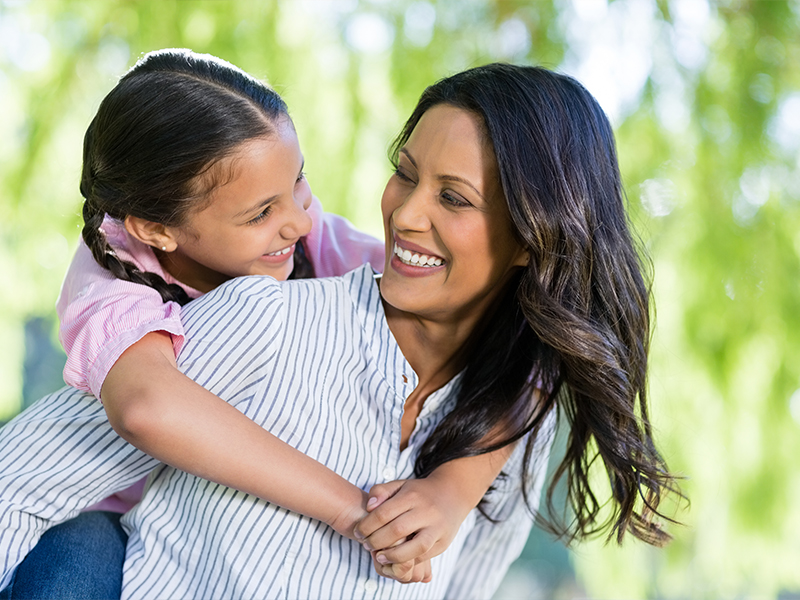 Kids often ask their parents questions that they feel uncomfortable about or unprepared to answer. Children may learn about LGBTQ people through their friends, in the media, or by knowing an LGBTQ adult in their lives. They may hear certain words or terms at school or on TV, but not know what they mean. Social media has been a catalyst for social change, acceptance and inclusivity among preteen and teenage youth. However, kids still look to their parents for guidance about gender identity and sexual orientation. By talking with your child at a young age about sexual orientation and gender identity, you can teach them the value of empathy and respect for others and open the door for any future conversations regarding their own identity.

In conversation with TC46, Sexuality Health Educator Swati Jagdish and Go Mommy’s founder Roopika Sareen share ways to talk to your child about sexual and gender identity and how to introduce the LGBTQ+ community to your kids.

1. At what age should you talk to your child about gender identity?

Swati says, “Gender identity is not the first sex talk a parent should have with their child. Everything has a starting point, just like you don’t talk about poems and stories before you get the alphabet right. Just like that, before diving into gender identity, we have to start with private parts, open conversation about safety, boundaries, consent and emotions.”

Talking about periods can also be a conversation starter. Swati explained, “A child as little as 2 or 3 years of age is watching the mother going through periods or has seen a sanitary napkin (or its advertisement) or seen the mother going through pain. So parents can take these small opportunities to talk about these day to day things. It should be done in a way that is understandable for the child. Once the basics are clear, then parents can take it forward towards gender and sexual identity.”

2. How can parents initiate a conversation about identity with their children?

“By 3 to 4 years of age, children start categorizing things as “boy things” or “girl things”, and by 4, they may say “only boys can do that” or “girls never do that.” So, young children are aware of gender. The simplest way to talk about the diversity of life is through books. You can even share real-life examples if you have anyone around in family or friends”, explains Roopika.

She lists down a few pointers that can be conversation starters:

3. How does one teach a child about gender and sexual orientation?

Roopika says, “As a parent, first, educate yourself.”

She explains that once you have a basic understanding of the spectrum of LGBTQ+ identities, you can start the conversation with your kids. Ask your child open-ended questions to better understand what they know, think and feel. Let their responses guide your discussion. Talk positively about all the diversity that exists in our world – race, ethnicity, gender expression, sexual orientation – and that all these identities make us unique and wonderful people.

4. How do you explain the rainbow flag to a child?

Roopika says, “It’s important to condition children from a young age with the fact that everyone has the freedom to love freely. And being kind and respectful to other individuals is one of the most important values we parents should embed in children.”

She adds that while talking about the LGBTQ community, the parents should introduce the Pride flag or Rainbow flag as a symbol of hope for the LGBTQ community. Tell them that our society has come a long way and there exist basic rights that everyone is entitled to.

Tell them that each colour of the Pride flag has a special meaning: red is for life, orange for healing, yellow for sunlight, green for nature, blue for harmony or serenity and purple is for the spirit. In short, each colour has its own meaning and when joined together the colours represent something significant.

Swati says, “There is no necessity to explain every little concept surrounding a topic. You should explain what a child can understand.” Swati shares that she hasn’t explained the rainbow flag to her daughter yet because certain concepts entirely depend on the grasping capacity of a child. So, as a parent, you should know when not to explain a particular concept to a child. If you think that your child can grasp this concept, then share the information in the simplest terms. Swati says, “While helping your child understand more, you can add – to indicate all various aspects of the community, we have the rainbow flag so that we can have all colours together. After all, everything together makes the rainbow look good.”

5. How can one explain the concept of being an ally to a child and standing against bullying?

Being an ally means supporting equal rights. You need to train your children to have clear boundaries with others. Swati says, “As parents, we need to set an example for our children and don’t tell them to go through with something they are not comfortable with. If the child is taught at home to have healthy boundaries, they will have that with the bullies as well and will know how to stand up for themselves and others. We need to raise children with great self-esteem and confidence. Parents should keep motivating their kids saying that they are perfectly fine as they are and shouldn’t allow others to say mean things.”

Swati emphasised that these kinds of positive behaviours must be seen from the parents. She says, “If parents themselves don’t react to someone body shaming them, how will the child learn? So, the child should see the parent stand against bullying or shaming, whether it’s someone body-shaming the parent or the child. This would be enough for a child to learn how to stand up for themselves as well as others.”

Simple things like gender roles and gender stereotypes can be explained to a child before getting into the gender spectrum. While sharing a personal experience, Swati says, “When her daughter was as little as 2 and a half years old, she saw a car with tinted windows passing by and assumed that an uncle was driving it.” So, Swati paused to ask how did she know that it was an uncle driving a car, but her daughter being so young couldn’t answer the question. That was a moment that made Swati think why her daughter assumed that the car was being driven by a man. She realised, “My daughter had only seen her father or grandfather driving a car because at that time I was not driving.” So, Swati took her daughter for a ride with one of her friends, just to show that women can also drive.

Swati says, “Start with breaking simple gender stereotypes, for example normalising fathers or grandfathers doing the household chores. If a child sees the parents are gender-neutral or they are not stereotyping anything, then that’s a great way to introduce gender roles to them. That there is nothing that only a particular gender can do.” Every family can make sure that they stand against stereotyping and the child will easily observe and learn.

7. What resources can be used to explain better?

Swati says, “Plenty of sex-positive resources are there, like amaze.org, Planned Parenthood, and Amazing Me. So, almost all sex educators have good websites with various blogs, video links, podcast links and articles.” ‘Sex-positive family’ is a wonderful resource that Swati personally recommends because it is a great platform for parents to check if they’re on track or what they’re doing is right or not or what steps they should take.

8. How to keep children away from wrong influences?

Swati says, “A child is always observing what’s happening around their world, even if you say gender-neutral things at home and even when the parents provide their children with their viewpoints. It’s ultimately up to the children to form their own viewpoint about the world. So, parents shouldn’t give a biased picture, let the child get information from all around and form their opinions. But if the parents are open to having conversations about anything, I don’t think the child will need other resources. That itself is a great way to keep the child away from wrong influences. “

She says, “Every child discusses these topics with their peers, for example, a couple of girls would have developed breast buds or have an early period, but if parents would have already discussed all this, then the children can easily differentiate what is right or wrong. If you are open and honest to them then they’ll always turn to you.”

9. How can one decide what is age-appropriate information, so as to not overload a child?

Parents don’t have to give the children too much information that might be difficult for them to comprehend. Swati says, “Only the parent will know to what level their children will understand. To what extent a child can understand a new concept depends on every individual.” While talking about her own lovely daughter, Swati shares, “That her daughter being almost 7 years old will have a different level of understanding from another 7-year-old child.”  Parents need to be well tuned in with their child’s development in order to help them understand anything better.

Sharing her personal experiences, Swati says, “I was reading a book with my daughter and the topic of puberty was introduced. My daughter asked me what hormones were. So, I told her that she won’t be able to understand this word now. Maybe just wait for a few years, we’ll keep reading these books and slowly she will understand.” Just because a child asks a question doesn’t mean that you have to answer, you can say clearly that you will not understand some things right away and it is better to wait and your child will understand.

With these expert tips, you will feel more prepared to speak with your children about gender identity and people who identify as LGBTQ+. It’s key to remember that you might not ever feel completely ready for this talk, but try to relax and answer the questions honestly. This conversation can be a good way to teach your children about your values while learning about theirs. Being someone your kids can come to for honest answers will make future difficult conversations easier.

Quiz: Can You Get This Monsoon Skincare Quiz Right?

Beat The Summer Heat With These 10 Homemade Popsicles

Buzz 46: Highest Ever In History, The Supreme Court Now Has 4 Sitting Women Judges