10 Best Fiction Books You Should Add To Your Reading List 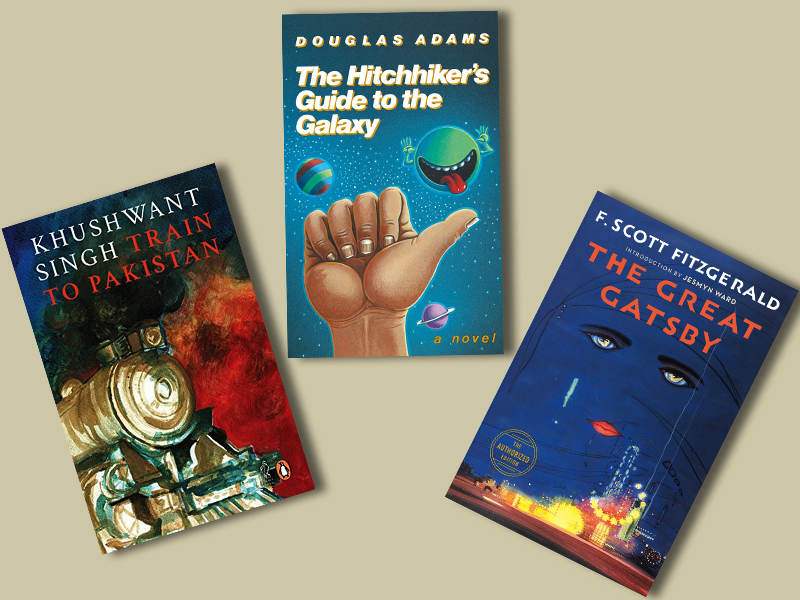 Fiction refers to literature created from the imagination. Mysteries, science fiction, romance, fantasy, chick-lit, crime thrillers are all fiction genres. Nonfiction refers to literature based on fact. It is the broadest category of literature. The nonfiction department has books and videos in many categories including biography, business, cooking, health and fitness, pets, crafts, home decorating, languages, travel, home improvement, religion, art and music, history, self-help, true crime, science and humour. While non-fiction is great and it allows you to know about real-life stories and events, fiction books allow you to travel to a whole new world! It helps you have a creative mindset and wander all through places you could not have imagined!

10 Popular Books On Fiction That Are Highly Readable

A feminist dystopian fiction novel where women are mere vessels for childbirth and everything is controlled by a bizarre religion, now a famous TV series. The central character and narrator is a woman named Offred, part of one of the groups known as “handmaids”, who are forcibly assigned to produce children for the “commanders” – the ruling class of men. This is one of the best books on fiction that you definitely need to read!

2. The Guide By R.K Narayan

Adapted into a Bollywood film starring Dev Anand, The Guide is a 1958 novel written by R. K. Narayan and is one of the best fiction books to read. The novel describes the transformation of the protagonist, Raju, from a tour guide to a spiritual guide and then one of the greatest holy men of India.

This novel is set in the 1920s and follows a cast of characters living on prosperous Long Island, primarily concerning the mysterious millionaire, Jay Gatsby, and his obsessive love for Daisy Buchanan. The book is wonderfully concocted, touching on such themes as resistance to change, excess and idealism, and is regarded as Fitzgerald’s magnum opus.

4. Train To Pakistan By Khushwant Singh

Train To Pakistan is one of the best historical fiction books by Khushwant Singh, published in 1956. Instead of depicting the Partition Sci-Fi in terms of only the political events surrounding it, Singh provides a human dimension that brings to the event a sense of reality, horror, and believability. It was adapted into a movie of the same name in 1998.

In 2012, WIRED US readers voted Dune as the best science-fiction novel of all time. It’s also the best-selling of all time and has inspired a mammoth universe, including 18 books set over 34,000 years. The series is set 20,000 years in the future in galaxies stuck in the feudal ages, where computers are banned for religious reasons and noble families rule whole planets. A stunning blend of adventure and mysticism, environmentalism and politics, Dune won the first Nebula Award, shared the Hugo Award, and formed the basis of what is undoubtedly the grandest epic in science fiction books.

This is one of the best books on fiction by Anita Desai. Fasting, Feasting is a novel by Anita Desai. It was shortlisted for the Booker Prize for fiction in 1999. It is the tale of plain and lumpish Uma and the cherished, late-born Arun, daughter and son of strict and conventional parents and their lives.

7. Hitchhiker’s Guide To The Galaxy By Douglas Adams

One of the best sci-fi books, liked by all, no matter what age. It’s an ordinary Thursday morning for Arthur Dent until his house gets demolished. The Earth follows shortly after to make way for a new hyperspace express route, and Arthur’s best friend has just announced that he’s an alien. After that, things get much, much worse. With just a towel, a small yellow fish, and a book, Arthur has to navigate through a very hostile universe in the company of a gang of unreliable aliens. Douglas Adams’s mega-selling science fiction book sends logic into orbit, plays havoc with both time and physics, offers up pithy commentary on such things as ballpoint pens, potted plants, and digital watches and most importantly, reveals the ultimate answer to life, the universe, and everything.

8. One Hundred Years of Solitude By Gabriel Garcia Marquez

This wonderful landmark novel is celebrated as the literary piece to provoke the establishment of a totally new genre known as ‘magical realism’, in which the extraordinary is treated as normal, everyday occurrences. The novel chronicles the lives and experiences of the multigenerational Buendia family, whose patriarch founded a town in Colombia. Their story highlights the incongruity between one’s need for solitude and desire for love. The immensely rich writing style will have you looking at the world with new eyes and an appreciation for literary art. Fiction stories like this always tend to make you think!

When you search for the best books on fiction by Indian authors, this book will always come up. The Great Indian Novel is a satirical novel by Shashi Tharoor. It is one of the best fiction novels that take the story of the Mahabharata, the epic of Hindu mythology, and recasts and resets it in the context of the Indian Independence Movement and the first three decades post-independence. It is one of the most acclaimed historical fiction books.

10. To Kill A Mockingbird By Harper Lee

Lee’s To Kill a Mockingbird was published in 1960 and became an immediate classic of literature. This fiction novel examines racism in South America through the innocent wide eyes of a clever young girl named Jean Louise (Scout) Finch. Its iconic characters, most notably the sympathetic and just lawyer and father Atticus Finch, served as role models and changed perspectives in the United States at a time when tensions regarding race were high. To Kill a Mockingbird earned the Pulitzer Prize for fiction in 1961 and was made into an Academy Award-winning film in 1962, giving the story and its characters further life and influence over the American social sphere.

These are some of the best fiction novels, and many of these realistic fiction books straddle the line of literary fiction and popular fiction, making them compelling, highly readable and discussable books. What is your favourite fiction book? Tell us in the comments below.