Your Go-To Guide On The Signs, Stages & Natural Pain Relief For Labour Pains 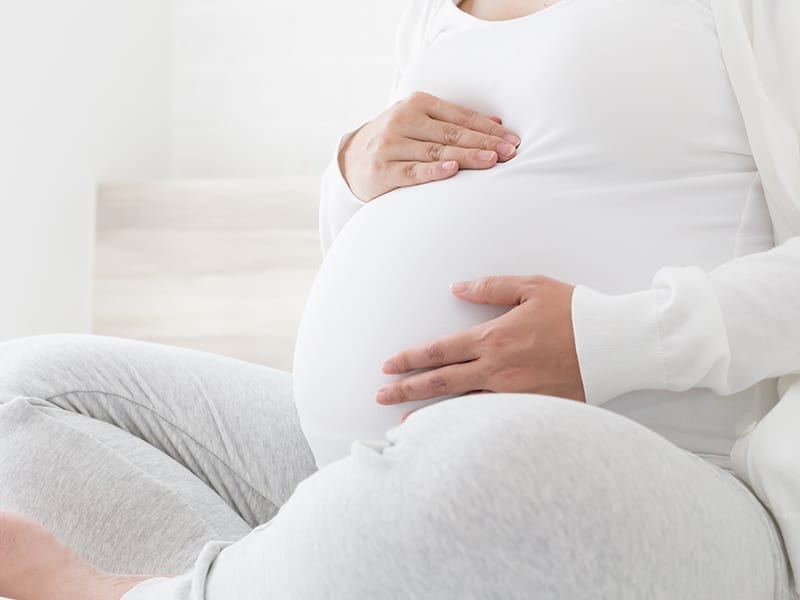 ‘Labour pains are a breeze’ said no woman ever. Every mother will vouch for the fact that there is nothing more painful than undergoing labour pains. And yet she gladly faces all the phases of labour to welcome her bundle of joy into the world. There is more to labour pain than screaming and exhaustion which is often the most common notion about childbirth. The onset of labour pain symptoms mark the beginning of one of the most beautiful journeys of life, that is motherhood.

Labour pains are painful contractions experienced by pregnant women just prior to childbirth. In most cases the onset of labour occurs between the 36th-40th week of pregnancy, muscles of the uterus begin to contract. This is an effort on part of the woman’s body to help with childbirth.

There are various stages of labour which allow the obstetrician to decide the course of childbirth. The onset of labour is just the beginning of the long process that surrounds childbirth. Detecting early signs of labour ensures that the expectant mother gets immediate medical attention. This helps to monitor the complete procedure of childbirth and minimizes any probable complications.

Labour signifies the entire process of childbirth from experiencing pains to the actual birth of a baby. Towards the end of pregnancy, even as women anticipate the birth of their child, the onset of labour can send everyone around in a state of panic. The excitement experienced during this time is difficult to contain. However, in order to avoid confusion and anxiety for the mother and those who are accompanying her, it is important to be acquainted with the signs of labour.

The common signs and symptoms of labour are mentioned below:

Lightening is a sensation experienced during the last few days of pregnancy or just before delivery. It signifies the lowering of the fetus into the pelvis prior as an attempt by the uterus to assist with childbirth.

Pain is the most commonly experienced and reported symptom marking the onset of labour. The pain is dull in nature resembling an ache and may migrate from the pelvis to back and vice versa. Labour pain symptoms are experienced differently by every expectant mother.

Passage of a mucus plug from the cervix is a confirmation that labour has begun. The mucus plug is one of the various types of discharges before labour. The plug has a jelly-like consistency and is whitish or may be blood-stained.

Vaginal bleeding during pregnancy can be a cause of concern. However, as the due date draws closer, vaginal bleeding may be a positive sign indicating that labour is about to begin. Vaginal bleeding must be reported to the obstetrician immediately to rule out any complication in the pregnancy.

There is no clearer indication of the onset of labour than ‘breaking of water’. This occurs when the membranes enveloping the fetus rupture, leading to leakage of the fluid that forms a protective layer around the fetus. A trip to the hospital is the immediate next step to be taken in such cases.

The cervix is a narrow canal connecting the uterus to the vagina. The cervical length reduces and its walls get thinner when labour starts. This helps the baby’s head to pass through the vagina. Condition of the cervix can only be determined after a medical examination.

Every labour is unique, as are the symptoms associated with it. Women may experience other signs of labour depending on factors like their health, fetal health. Lifestyle, diet among other things.

Labour is a long process divided into several stages. The duration of each stage is more or less constant, varying to a certain degree with every pregnancy. Each stage helps to detect the progress and course of childbirth. The stages of labour have been explained below.

Latent Phase: The beginning of labour is known as the latent phase of labour or the early stage of labour. It can last from a few days up to a few hours. During this phase, women may experience the following symptoms.

Active Phase: The active phase of labour is the second part of the first stage of labour. During this stage women may experience the following symptoms:

This phase of labour may progress forward as natural childbirth or cesarean delivery. Active labour lasts for about 4-8 hours. It is imperative that the pregnant woman is admitted to a hospital soon for further medical care.

The second stage of labour involves the actual process of childbirth. After enduring labour pains for the past few hours, the mother is exhausted and has lost her patience. All she wants is to see her bundle of joy. This stage progresses in the following manner:

The doctor’s duty is not completed just by bringing a healthy child into the world. The third stage of labour which begins after the baby is born is as important as the process of childbirth. The following steps are included in this stage:

The new mother and her baby need all the time they can get together after all the stages of labour have been completed. The doctor will ensure that there are no placental remnants within the uterus and will use medical sutures to repair the muscles and skin that has been incised to facilitate childbirth. Medication like painkillers and antibiotics are often prescribed after undergoing the exhausting procedure of labour and subsequent childbirth.

The process of labour is long and most part of it is painful for the mother. A time span of a few hours to a few days may pass between the onset of labour to actual childbirth.

While pain is inevitable, there are many natural and safe ways to obtain relief from labour pains. Some easy and natural ways to reduce labour pain have been described in detail below.

If there is still some time before rushing to the hospital, having a hot shower may be helpful for pain relief. The heat has a soothing effect over the pain as it helps the relaxation of tensed muscles.

Music never fails to have a relaxing effect on the mind by reducing anxiety and panic. Labour pains tend to cause some amount of irritation in women which is also reduced by listening to music. Any music which has soft tunes may be chosen depending on individual taste.

Controlled breathing helps to soothe labour pains to a great extent. Practising deep breathing is beneficial while experiencing the onset of pains. Slow inhalation and exhalation will help to get through with the painful contractions during labour.

Acupressure is a therapy based on the concept that a form of energy flows through the entire body ensuring its normal functioning. Stimulating certain pressure points on the hands, feet and other body parts help with pain relief. Acupressure must be performed only by a certified therapist to avoid unnecessary discomfort.

Labour pains do not announce their arrival beforehand and therefore tend to send a wave of panic among expectant moms once they begin. Having knowledge about natural ways to reduce labour pains is helpful during such times.

Severely uncomfortable as they might be, labour pains are an inevitable part of childbirth. However, there are several safe ways that help to reduce the intensity of pains and make the journey of childbirth less tiring. Expectant mothers may request a family member or experienced professional to be present with them from the onset of labour up to childbirth. It is helpful to have someone comfort the mother and make her feel cared for when she is on the brink of beginning motherhood.

Every mother will agree that the sight and touch of their newborn will instantly take away all the pain and suffering she had to undergo during the process of childbirth. Labour pains may be intensely discomforting but they pave way for a bond of unconditional love; the mother-child bond.

Get Relief From Back Pain With 6 Effective Yoga Poses