Expert Talk: L&D Coach Neha Mishra Explains How You As A Woman Can Take Charge At Work 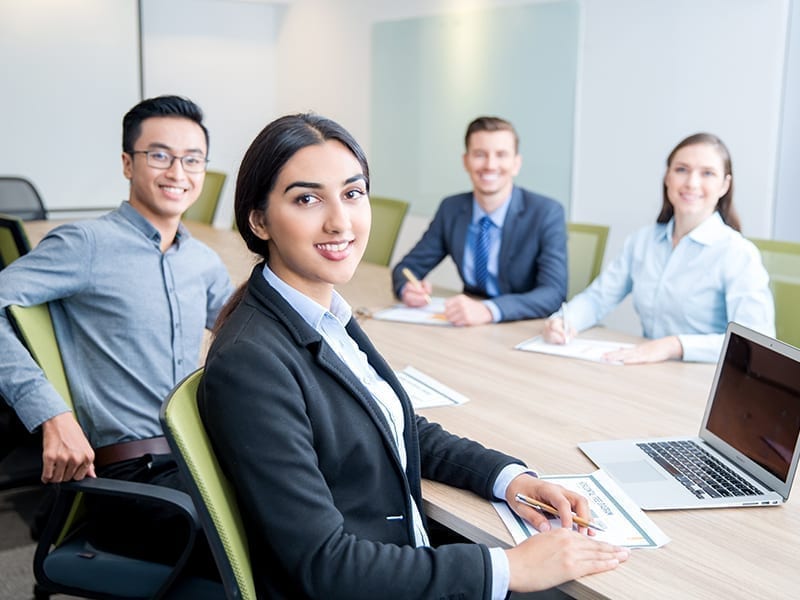 The phrase ‘Gender Diversity’ has become quite popular in India but it would have a mere relevance if we do not talk about ‘BoardRoom Diversity’ and the progress made in this specific area to date. Boardroom diversity refers to the percentage/ratio of board seats held by women and men across sectors and industries.

According to the third CS Gender 3000 report released by Credit Suisse Research Institute, India pointedly lags in the ratio of women holding the senior management roles and chairs in the boardroom. It stands on 23rd position out of 56 countries with only 8.5% of women occupying senior roles.

This clearly tells us that the growth is affirmative but at a very slow pace and as per researchers, the gender pay gap is one of the reasons for lower diversity on the top.

What Are The Barriers Interrupting Women To Make It & Cement Their Positions In Management Roles?

All Indian women would have either faced it or observed other women facing differential treatment when it comes to gender in the household, it starts from the childhood conditioning when women face the issues of role compartmentalising like – the daughter must learn household work and the son would look after outhouse sourcing. Since childhood, they are only allowed to dream with limitations, tagged as temperamental, emotional and their brains are trained to define their career aspirations based on the milestones in life such as marriage, children and family welfare.

They are expected by society to function and balance themselves according to external factors when these young girls join the workforce they are smart and fierce with immense zeal to win the world and prove their mettle, but as soon as they land to their first societal milestone their aspirations start altering.

During one of my conversations with a senior HR head of a KPO, I asked: “What is one of the most serious problems you face when it comes to gender balance at the workplace at different hierarchies?”

To which she said, “To retain females during their marriage remains to be one of the biggest problems. I have seen such great potential in girls who have been star performers at work switching workplace or leaving work only to uproot to another city or to a new atmosphere. Some of them cannot see their bright future, while some justify by bringing family limitations in the scenario. In either case, as an HR head, I lose my bright performers and at the same time, this behaviour pattern gets stereotyped”.

In my opinion, for the world to look at them differently, women need to take control of their aspirations, fight for their dreams, break stereotypes and be ready to fight their fears courageously.

As per the research conducted by Harvard Business Review, women need to be comparatively more qualified to be considered for the same role as men. Furthermore, they also concluded that women have to continue demonstrating that they are worth the position by making themselves heard, by being assertive and breaking the ‘boys in charge’ syndrome. Women need to believe in themselves and make it evident that they are not just support functions but can take up bigger responsibilities and decision making roles.

Importance Of Having Women As Role Models In Leadership Roles

It is a fact that women in leading positions are considered as role models, mentors and inspirations by many other women who have been trying hard to make their way to the top.  The trickle-down effect of women in the boardroom breaking stereotypes, challenging decisions, pushing boundaries, encouraging young girls to pursue careers, mentoring budding women entrepreneurs are some of the important steps towards achieving gender balance, inclusivity and growth of women across sectors.

How To Get Boardroom Ready?

Let’s ask ourselves if only having women in boardrooms and notable positions is enough or is there anything more to be done to make sure they are taken seriously in their position and their talent gets due respect?

I consider preparing women first as an imperative step towards sustaining leadership roles with confidence, grace and results. In today’s times, there are various women-run committees, organisations and communities which promote effective networking, learning from the experts and round table discussions. It is a fact that no learning is bigger than learning from the self and experiences of others. Hence, having more women mentor women in a structured way can make a big difference.

Additionally, across the world there are organisations like Deloitte who take gender inclusivity and diversity very seriously, they have well-composed programs on how to get board-ready mandatory for women in middle leadership.

How To Make Yourself Heard?

In 2012, HBR decided to execute a systematic look at the issue of women not being heard in the meetings and town halls, further to which they conducted 7000 surveys examining 360-degree feedback on 1,100 female executives at or above the vice president level. Finally, they interviewed 65 top executives from both genders from companies such as;

The output of the research indicated that according to men, women lack:

When women were asked if they agree with this or not, maximum said yes to this as they lacked those skills and also felt that being a single woman on the board or a handful numbers make them feel less heard, and, they feel their ideas and suggestions go unnoticed by men.

So the big question is what can women do to be more heard and respected in various opportunities?

Here Are A Few Effective Steps That Can Be Taken:

1. Be Prepared To Prepare Informally For The Meeting In Advance

I have seen men do this really well, they like to bond with the peers and senior management to understand the expectations, outcomes and the sentiment around the meeting. This helps them identify the purpose and break the ice well in advance so that they can be actively heard during the meeting.

Prepare yourself to hone written and verbal communication. It is a work of practice, how to speak in front of unknown people, confidently putting your ideas, speaking spontaneously.

Women need to practice hard the skills of articulation, pre-empt questions that could be asked, prepare to answer with facts, how to handle objections and interruptions. Having done all of the above, how to come across as an authentic person with a positive intention is equally important for people management and gaining credibility.

The organisation, society or even peers may not let you feel at par with the opposite gender, but if women keep confidence in their capability, and overcome the fear of judgement while continuing to give their best will certainly help them feel at par with their counterparts. Continue bonding, taking suggestions but implementation and final decision making should be taken by the women in charge. This may even upset a few people, but establishing confident ownership of decisions will help women make a strong base for themselves.

Lastly, I would encourage women to continue looking up to other women leaders, reading their success and failure stories and interacting with them often to get motivated.

Enough with testing the waters; now is the time to jump!