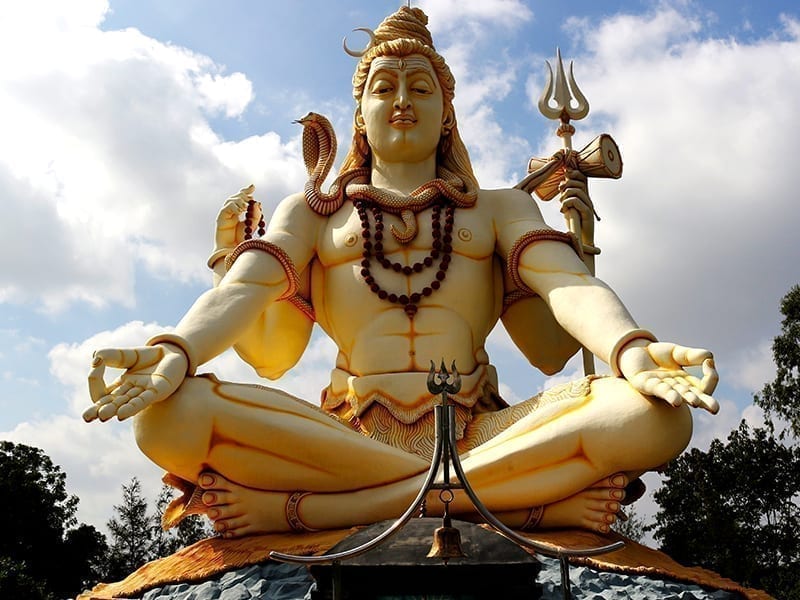 To a person who doesn’t belong to the Hindu community, their first thought on reading the title would be, “what is Mahashivratri?”. Mahashivratri celebration is meant for the well-being of the soul. The next question to come up in a person’s mind would be, “what is the significance of Mahashivratri?”. Spirituality and belief are the only methods that the soul understands and this festival signifies the importance of life by showing how important spirituality is for survival.

Spirituality and the well-being of the soul are the reasons why we celebrate Mahashivratri. If we carefully think about the real-world logic to celebrate this festival, it becomes quite apparent that the soul needs to be purified after an entire year of sins and impure thoughts.

Many people believe in Lord Shiva and pray to him with much fervour and passion but to another demographic, the concept of Mahashivrarti might be completely new. Keeping this in mind, certain obvious questions need to be answered concerning this festival. Listed below are the questions we will cover:

Mahashivratri means “ the great night of Shiva”. There are Shivratri throughout the year falling on the 13th/14th night of every lunisolar month of the Hindu calendar. Although these days are of much importance, it pales in comparison to the Mahashivratri celebration wherein the participation of the general public increases tenfold.

Why We Celebrate Mahashivratri?

There are many references and many variations as to why we celebrate Mahashivratri but there are few very prominent reasons and which include the following.

The History: Mahashivratri history is a bit complicated to explain because a multitude of events has coincidentally occurred on this day according to the myths and folklore. Goddess Parvati had once requested Lord Shiva to save the Earth from destruction, he agreed only on the condition that the people of Earth worship him fervently.

Samudra Manthan: It is a story that everyone knows. Deadly poison was released from the sea during the churning which led Lord Shiva to drink the poison to save the world from a calamity. This story is also one of the reasons that contribute to Mahashivratri significance in Hindu culture.

The Mythology: Another interpretation includes a very thought-inspiring story. One day the two supreme gods Brahma and Vishnu were fighting amongst themselves to establish who is superior. Since the fight was causing a lot of turmoil to the universe, the other gods pleaded with Shiva to stop this fight. Lord Shiva then took the form of a fire column and told the gods to search for the ends of the column. He then said that whoever was to reach the end first would be superior in comparison to the other. Neither gods were able to locate the ends and this signified that no matter how powerful or capable you might be certain limits cannot be challenged.

With this, the Mahashivratri history should have become more clear but keep in mind that these reasons are only a few of the things that have happened throughout the ages. There are many more stories and legends and even more interpretations of those stories and legends.

What is the significance of Mahashivratri?

When we talk about the Mahashivratri significance, we generally talk about the activities and rituals that people do. During the night a vigil is maintained by the people who have taken up the Vrat. “Om Namah Shivaya”, Shiva Chalisa, and other hymns are chanted throughout the night and the following day. Mahashivratri celebration also signifies new life, hence many people wear new clothes and wake up before the crack of dawn to visit Shiva temples.

Mahashivratri: A Summary Of Celebrations

Since we understand the story behind Mahashivratri, it’s time to move on to the rituals and the diverse activities that are done throughout the night and day and also to better understand how to celebrate Mahashivratri. In India, Mahashivratri rituals vary, here are a few prominent activities from the entire country:

These negative aspects include violence, treachery, and dishonesty but here are few others:

The best way to celebrate Mahashivratri is to think about yourself and the choices that you make, the decisions that you take, and finally analyze if you have done some inherently evil thing in the recent past. Asking for forgiveness by praying to Lord Shiva will bring satisfaction to your soul. You can also attend night jaguars at nearby Shiva temples and accompany the attendees in singing hymns. These practices are the right answer to the question, “what is Mahashivratri?”.

Everything You Need To Know About Mahashivratri Celebration At Home

The main question that comes to one’s mind is “how to celebrate Mahashivratri at home?”, this is because for many people it would be quite difficult to attend Yatras, Jagran, or other such communal activities either due to COVID-19 concerns or other reasons. For such people, a better alternative would be to do puja at their home and maintain a strict fast. Here’s a step by step guide on how to do puja and fast properly:

Spirituality cannot be defined in terms of procedures and other technicalities, it is a state of being that can only be achieved through clear intentions. All the above methods and practices will fail if the devotee has evil intentions and disturbing thoughts. The main takeaway point from this festival would be the state of mind that you achieve during the Vrat and you should strive to maintain it during your daily routine. Mahashivratri’s significance lies in the fact that with a clear mind and body the soul also starts to become clear.