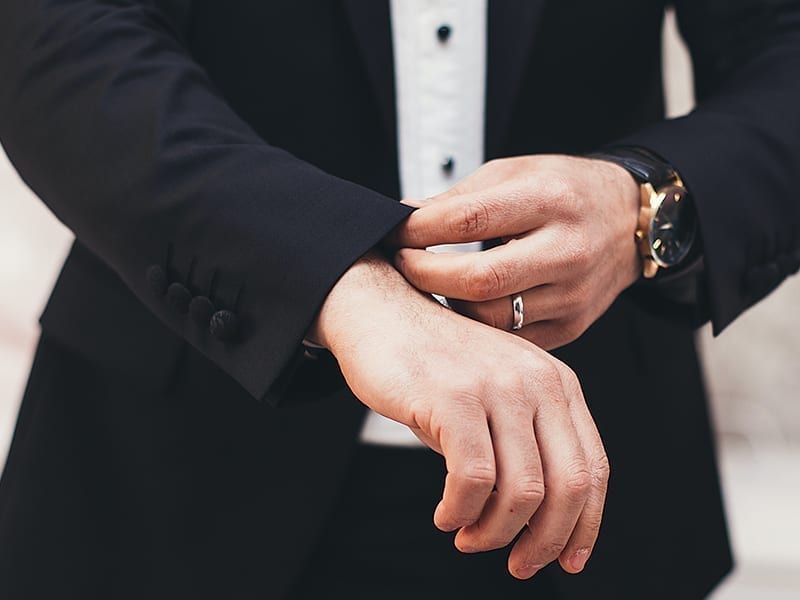 Every year on the 19th of November, International Men’s Day is celebrated to raise awareness about the positive values that men bring to their communities, families and even the world in general. Apart from focusing on men’s health, improving gender relations, highlighting male role models & promoting positive expressions of masculinity, it also recognizes men who don’t fall into traditional manifestations of masculinity.

This year, TC46 got in touch with the Ria Sardana, the founder of the youth organization, The Millennial Men Company to help Indian men decode masculinity to be better versions of themselves.

1. What made you start The Millennial Men Company?

2. When did you realise it was necessary to redefine and unlearn traditional masculinity in India?

If I do have to point out an Aha moment, it was while working on the ground in a community in Bawana, Rohini. I was working with Restless Development India as part of a Project with  Bill & Melinda Gates Foundation, and we were conducting primary research on Gender-Based Violence, and Sexual and Reproductive Health Rights. As part of this research, I had the opportunity to sit down a few groups of young men and talk to them about sexual health. They were naturally uncomfortable and I was oblivious to the fact that men also have problems. That discussion was quite instrumental in changing my perspective since it was the first time that I realised how many questions men have about their bodies that go absolutely unanswered. I could just look back at the 22 years of my existence and see the clear distinction between the overload of information women get during their puberties vs the lack of conversation amongst men about the same. I had to go back and talk to men in my own life. Surprisingly, every man I talked to could clearly see that they had to resort to observation and were never allowed to or were never comfortable talking about their own bodies. It wasn’t just their bodies but conversations in general, conversations that weren’t about politics, or cricket, or business, were just out of bounds for men.

3. How can toxic masculinity hurt men?

When you are not given answers to questions, and then given a template to follow. When you aren’t guided but given a bucket full of responsibilities. When you’re always expected to be the protector, the bread earner, the strong one, the mature one, the caretaker, it naturally adds a lot of pressure. The same pressure invites problems such as-

Growing up, men are bullied for things that should be absolutely normal for a human being, like not settling scores in a fight, liking to cook and clean, talking respectfully, wearing pink, and the list goes on. Men are even expected to be perverse and objectify women in closed circles, or at least not stand up against it, because if they don’t, maybe they won’t be invited to the same group the next time. However trivial these things might seem, they all add to bigger problems in the longer run. We are all aware of Boys’ Locker Room talks and these things aren’t limited to school but are very prevalent inside corporate organisations as well. So, in a society, if we keep making the good men suffer and the bad ones succeed, how do we really expect to get better? To surmise, masculinity always pushed down the good ones in the society in ways more than I can list here.

4. Is there a pre-conceived notion of what it means to be an ideal man?

Man, Woman, Trans, … all these are biological aspects of our being. Once we accept and limit these notions to biology and not decide our roles in society based on these, I think we will make great progress. But coming to the question, there is no concept of an ideal man. There is no right way of being a man, but sure there are wrong or as we call it not-so-millennial ways of being one. Everyone is different and everyone should learn to accept and be themselves, which is what we propagate at Millennial Men.

5. In India, male suicide attempts are higher than that of females. Are men’s mental health issues addressed in a proper manner?

Lately, we have raised a lot of awareness about mental health issues. The discomfort that men especially have expressing themselves is very deep seeded and might take time to change. We should also work on being more accepting towards men who express. One major block men have is that even when they try they are bullied and made fun of by their friends. We need to understand that alcohol can’t solve all problems and we need to substitute alcohol with actual conversations. We need to redefine bro code and have real conversations with our bros. I think this has the potential to solve not all, but a lot of mental health issues with men specifically. Another major stress amongst men is with their careers and them being told that they have to be bread earners. We need to take these pressures away, especially when they are making career decisions at young ages. When we do talk about equality, it is absolutely okay for men to seek help from their female counterparts and not carry the whole burden of their family on their shoulders.

6. What are some of the steps that millennial men can take to nurture a healthy concept of masculinity?

It would be the following:

As soon as men break out of their beliefs of what a man should be or any gender should be like, as soon as they start being themselves, and expressing themselves, they will be on the right path. I understand that it is easier said than done, but Millennial Men is taking one step towards it. We as a community stand are there to support men, guide men, and help men. Our DM section on Instagram is always open for talking, ranting, venting, or seeking answers to questions.

7. Tell us about some of the men who inspired you in your life?

I have been lucky to have been surrounded by some great men in my life. Be it my father, my brother, my friends, they have all been anchors in me starting and running Millennial Men today. Growing up, I have always seen my father cooking and being the emotional one, while my mother was the strong and pragmatic one. So, I have grown up around a couple who were breaking stereotypes right there. There were never different rules for me and my brother and we were always given the space to discuss our problems. Even when I talked about Millennial Men to my close friends or my relatives, I could see them realise certain things, and change themselves. I could see my male friends expressing themselves more, apologising for their actions in the past which I believe requires brevity.

Other than that, Justin Baldoni was one role model I had while starting the initiative. Baldoni is the man behind  “Man Enough” the project which started conversations around Men and Masculinity, about causes of the issues women face, the trivial ways men add to such problems, how men fail to express themselves and so on. Man Enough was the only organisation I looked up to while starting Millennial Men. His TED talk still leaves me in chills. The day he followed the page and appreciated our work was priceless.

We are moving towards gender roles becoming more equal. Gen Z, I believe, is miles ahead of the previous generation, but we still have miles to go.

9. If there were 3 things you want Indian men to be aware of via The Millennial Men Company what would they be?

3 major things Indian men must be aware of are:

Here’s How You Can Master The Art Of Small Talk

9 Homemade Nutella Recipes That Your Kids Will LOVE!