Buzz 46: Celebrating Pandit Birju Maharaj With 5 Songs You Can Perform At The Next Sangeet 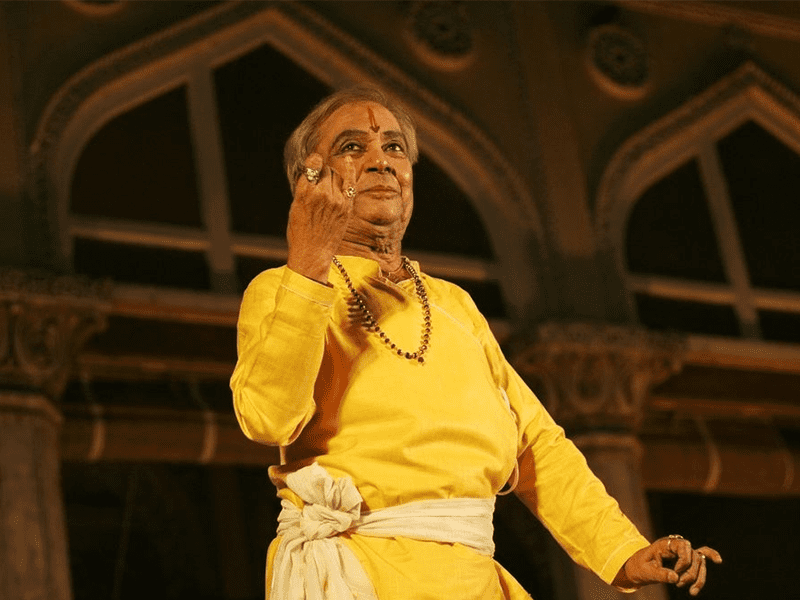 The love between movies and Kathak is as eternal as dance itself. From Murli Manohar Krishna Kanhaiya by Padmashree Natraj Gopi Krishna ji and Mohe Panghat Pe by Pandit Lachhu Maharaj ji to Ghar More Pardesiya and O Re Piya, there are several wonderful choreographies on melodious songs that are full of the nazakat of Kathak. But one name that gave us the most memorable dance sequences is Pandit Birju Maharaj. And on his birthday, we celebrate with songs you can dance to your heart’s content at the next sangeet ceremony you attend!

The leading exponent of the Varanasi Kalka-Bindadin gharana of Kathak, Pandit Birju Maharaj was born on February 4, 1938. Coming from a family of marvellous performers like Lachhu Maharaj and Achhan Maharaj, he gave his first recital at the age of seven.

Teaching Kathak at the tender age of 13, he went on to establish his own dance school, Kalashram in New Delhi in 1998. He composed the music, and sang, for two dance sequences in the Satyajit Ray’s Shatranj Ke Khiladi and choreographed in movies likes Devdas, Vishwaroopam. Birju Maharaj has won many accolades, including Padma Vibhushan in 1986, Sangeet Natak Akademi Award and the Kalidas Samman. For his splendid work in the film Vishwaroopam, he was awarded the National Award for choreography.

Today, he is revived as the Kathak maestro in India and the guiding hand for those who seek to learn this spectacular Indian classical dance form.

5 Songs Choreographed By Pandit Birju Maharaj You Can Dance To

Ditch the same old Bollywood songs with lyrics that make sense and perform gracefully to songs that are sure to bring in applause and appreciation!

There’s no Indian who hasn’t watched Deepika Padukone charm the audience with her moves on this song from Bajirao Mastani. The use of the word ‘laal’ to denote various things in red, is a speciality of Pandit Birju Maharaj, a piece he performs with just bhava and not nritya.

This song is perfect for the bride to perform for her groom. Sung by Shreya Ghoshal, this romantic ballad is sure to keep the eyes glued to the performer. Get the bridesmaids to join you in for the taal and finish with a simple tihai and soak in the applause! Get brownie points with red-coloured outfits.

Another song full of romance, this one from Dedh Ishqiya is a great mix of slow and amorous lyrics and a mid-paced classical taal. Rekha Bharadwaj’s voice lends it the perfect charm and Panditji’s choreography is reminiscent of post-Mughal era transition of Kathak.

Build a symphony of subtle yet remarkable dance moves at the sangeet with this number. Make it a bridesmaid special and go all out with Anarkalis. Get the chahchis, buas, mamis and mausis to join in with some baithak choreography.

Based on the tales of ‘Lord Krishna’, the splendid performance of Madhuri Dixit in this song and all of Devdas is truly a gem. The song starts with Pandit Birju Maharaj’s delivery of taal and Madhuri’s thumri as Radha. Kavita Krishnamurthy takes over as the choreography keeps climbing the ladder of grace and nuance.

Make a statement with this song and some grateful yet aesthetic dance moves. Here’s a chance to do a solo at your bestie’s wedding or celebrate the wedding of your cousin. Go semi-classical with a Radha-Krishna based choreography or keep it simple with some Bollywood infusion. Remember to keep it special with a Passa.

With Kamal Hasan being the only male actor Panditji has ever choreographed, receiving the National Award for this song speaks volumes of both their talent and hard work. Shankar Mahadevan’s soothing voice and Kamal Hasan’s on-point rendition of taal and the bhajan section makes it special.

You don’t need to be a rasika to enjoy this song. Make the most of the melodious lyrics and a strong beat to create a fusion dance. Get together with the ladies and choreograph it to showcase leisurely moves combined with abhinaya or expressions. Be the talk of the night and let dance be your language of celebration.

Every move a reflection of grace, poise and elegance, Madhuri Dixit’s mesmerizing dance moves in this instrumental duet ballet is imprinted in every 90s kid’s heart. The Kathak tarana in sync and competition with the drums created a symphony of dance and music unlike anything ever seen before. The choreography here is focused on short spurts of poses and flourishes inspired by Kathak but with joyful film flair.

Make this a dance-off with the bride vs groom groups or men vs women. Battle out with some Bollywood vs Classical dance moves. Get the special jodi to join in finish the sangeet night with a memorable number. Get joyous with this song and make it a fun one!

And with that, you have a list of the most powerful yet graceful songs choreographed by Pandit Birju Maharaj throughout the years. There are several more like Aan Milo Sajna from Gadar and Ghar More Pardesiya from Kalank and many to come in the future, gracing the silver screen with poignant performances. So choose your favourite, get choreographing and dance your heart out to some of the best sangeet-worthy movie songs.

11 Tips To Find The Perfect Moisturiser For Your Skin Type