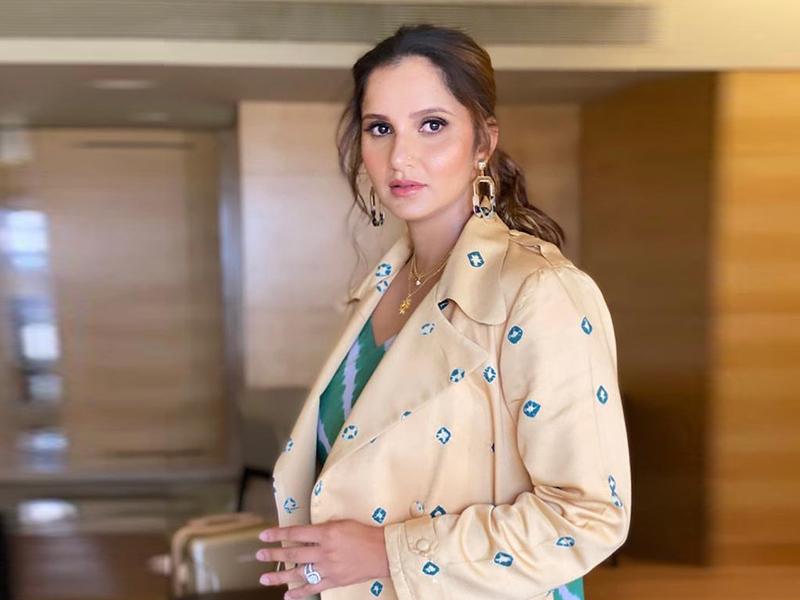 Indian athletes had the whole nation over the moon and were delighted with their international achievements in the recent Tokyo Olympics! Whether it is Neeraj Chopra who won India’s first athletic gold medal, Mirabai Chanu with a silver in weightlifting or our wonderful Paralympic athletes like Avani Lekhara, Pramod Bhagat, the list is endless. But the question that comes up right now is, are we aware of what they have to go through?

Get the latest highlights of the Indian squad conquering the Tokyo Olympics 2021 here!

“For anyone saying I quiz. I didn’t quit… my mind and my body are simply not in sync. I don’t think you realise how dangerous this is on hard/competition surface. I do not have to explain why I put my mental health first. Physical health is mental health.” – Simone Biles (American Gymnast) after withdrawing from Tokyo Olympics 2020.

It’s Okay Not To Be Okay: The Need Of The Hour

You must have heard about Tennis player Naomi Osaka who withdrew from the French Open to tend to her mental health, or England cricketer Ben Stokes who withdrew from a series to prioritise his mental health after a tough last few and American gymnastics star Simone Biles who had opted out of five of the six finals at the Tokyo Olympics because of a mental block.

Or you might have seen the video of tennis player Novak Djokovic smashing his racket on the floor when met with extreme pressure. Like them, all the players feel the stress of performance and the pandemic has also not been easy on them. The fear of travel, risk of catching the virus, not being able to perform well, or disappointing the people of their country. The list goes on and on. This is why it becomes of utmost importance to highlight the importance of mental health awareness among elite players.

Indian Athletes Speaking Out Against The Mental Health Stigma

While the country enthusiastically cheers for their victory when they are on the field, little attention is paid to their pressures and concerns, both on and off the field. From dealing with losses, injuries and criticism to staying away from loved ones — athletes undergo a host of mental issues that have largely been unaddressed.

Tennis Player Sania Mirza says, “A lot of high profile players and athletes coming out and saying they are not okay. People sometimes forget that athletes are regular humans too and also feel the pressure of many things mentally, not just physically. Definitely, there is more and more talk about mental health now and people are more aware.”

Mental pressure can be of various forms like Cricketer Virendra Sehwag recalled the pressure of not being able to converse in English. “I did not know how to speak in English. Speaking in English was also a mental challenge for me. I wanted him to ask questions in Hindi, but he (Shastri) asked the first question in English. At that time, we used to focus on playing good cricket and not on English. But, I learned English because international matches had to be played. It is a matter of pride that now I speak the English language and I am not afraid of anyone.”

PV Sindhu said, “When I had a stress fracture in 2015, I had pain but didn’t tell anyone. I was bearing that pain and then told my dad that there was pain and we went. The 2016 Olympics qualification was there and I was almost depressed. I played almost 22 tournaments after the injury and got selected for Rio. It was not a small injury. Even though I was injured I was doing my upper body exercise. I believed that I can do it and I have done it“.

In the context of playing at a time of COVID-19, Chettri had spoken about the challenges of staying entirely inside bio-bubble. “It’s bound to get to everyone – junior or not. But yes, it is important that we work on and take care of our mental health in a big way. We will have to rally around each other. This is a season and a situation like none before. It will need adapting on the pitch and outside of it too. Staying cooped up in a hotel will be tough, playing in empty stadiums will be tough, staying away from families for that long a period will be tough. It’s going to be a challenge, physically, but also mentally“.

India’s cricket team captain also shared that he felt immense pressure after the failure in England in 2014. It was one of the times when he didn’t know what to do, what to say or how to communicate with his team. After going through that time, he realised the importance of mental peace.

5 Ways Athletes Can Release Their Tension

Taking small amounts of breaks during extensive workouts becomes necessary to prevent burnout. Take a quick shower, have a conversation with other athletes and friends or family. Focus on the present instead of worrying about the future or the past.

Imagine making your final shot that will ensure your mark in history. In order to relax, one can imagine being in a happy place, for athletes it can be the time when all your hard work is paid off and you achieve what you deserve.

Sticking to a routine while taking care of your health is of utmost importance. Have a well-defined meal time, relaxation time, sleep time and then when you work, you only focus on that. This can help you to have a disciplined life.

With your extensive workout, you need to have a separate time allotted to controlled breathing and mindful exercises. You can indulge in muscle relaxation and deep breathing to keep your mind and soul calm.

5. Talk To A Professional

If the pressure is getting hard for you to handle alone, talk to a professional who can help you navigate through your stress and anxiety. It is important that one does not put a lot of pressure on themselves and get on with their hard work without worrying about the results. Watch this video for 24-hour Indian Mental Health-Helplines to call if you’re struggling with your mental health.

The constant pressure to be the best can hamper an athlete’s progress, they already have a lot of pressure and the stigma around mental health does not provide them with a safe space to come up and talk about it. However, now we can see a positive change with a lot of sporting icons coming out and discussing matters of mental health.

Buzz 46: Rapper Raftaar Split From Wife Komal (& 4 Other Celeb Divorces That Shocked Us In 2022)

The Secret To Finding Happiness & Positivity In Your Life

10 Things You Need To Know About Hyaluronic Acid, The Coolest New Skincare Ingredient!