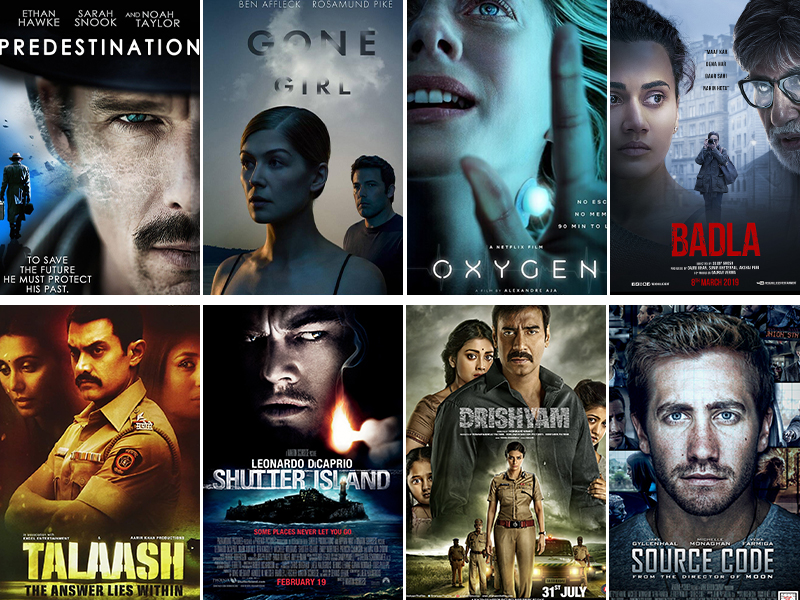 If the ending of Haseen Dilruba gives you goosebumps and you still rewatch Raat Akeli Hai, you are a thriller movie fan and this genre keeps you at the edge of your seat. Suspense thrillers are also the most interesting ones and they let us feel that fear of what’s going to happen next in a controlled manner. The plot twists in these movies are quite mind-blowing and what we love the most is that they invite us to search for hidden meanings.

It’s said that the most fearless movie fanatics can watch these thriller movies with much enthusiasm, as the tension and unexpected twists satiate their hunger for mystery! A viewer can question their reality after watching an intense story on the screen as it provides them with a different perspective on life.

Turn your weekend into an exciting movie marathon. And if you are a movie lover, you will fall in love with the thriller genre after watching these 10 best suspense thriller movies available on your favourite OTT platforms.

10 Must Watch Thriller Movies If You’re All About That Suspense!

Shutter Island is the story of two US Marshals, Teddy Daniels and Chuck Aule who are sent to an asylum on a remote island. Throughout the movie, you would be intrigued but not scared. The actors have done a phenomenal job to completely engross you in the film and if you aren’t a fan of this genre you can still watch this as it has a lot more than just suspense to it.

Farhan Akhtar has played the role of Karthik Narayan in this film who gets frequent calls from an unknown caller. As the story evolves ahead you’ll understand that Farhan Akhtar finds himself guilty of his brother’s death in childhood. The most secretive part of the film is the telephone, which has left a mark of a fear factor. Overall the writing and direction of the movie are quite impressive and you’ll have a good time watching it as it is one of the best suspense thriller movies on Netflix.

Though there are a lot of Hollywood mystery thriller movies, Bollywood didn’t fail us with this one. This movie has the ever so talented Amitabh Bachchan in it and his work is highly impressive. Here, the main character is accused of murder but she denies the blame. The story then leads to her life and actions that make up for the suspense part. The end of the movie is shocking and unexpected. All the actors have done a great job with their characters, landing it on this top 10 list.

Nick Dunne, the main lead, discovers that his wife has disappeared mysteriously on their 5th wedding anniversary. He is now the centre of media attention in an unwanted way. He is then suspected of killing his wife and the media starts depicting him as the careless husband. But no one knows if he is the murderer. This psycho-thriller tops the list of best Hollywood mystery thriller movies.

One of the top suspense thriller movies, Talaash, starts with inspector Shekhawat and his wife being devastated because of their son’s death. As both of them struggle to get over it, Shekhawat then distracts himself by investigating the death of an actor. You’ll see Inspector Shekhawat trying to get over an ugly past and dealing with a crumbling marriage at the same time. He then uses the help of a prostitute called Rosie and the case which seemed like a car accident turns into something much bigger. One of the best suspense thriller movies on Netflix, you should watch it right away!

This is the story of a common man who has to go across limits to save his family of two daughters and a wife. And they get tangled in an accidental crime unwittingly. Now they have to keep it a secret and the movie is the journey of ways they deal with it. Available on Disney+Hotstar this movie is easily one of the best suspense thriller movies ever made in Bollywood.

A 2011 film, Source Code revolves around the plot of a soldier waking up in someone else’s body and discovers himself a part of an experimental government program. They are on a mission to find the bomber of a commuter train within just 8 minutes. This movie makes one count every second as it evolves. If you are checking out the best suspense thriller movies on amazon prime this movie has to be on your list.

Ethan Hawke, a temporal agent, sets a time-travelling mission to prevent a criminal from attacking thousands of people. Yes, the plot is very interesting as time travelling is an astonishing subject. Predestination is one of the top suspense thriller movies which trips on its logic. The movie is a twisted tale that will make you pay attention to every second of it.

Suspense thriller movies Hollywood collection includes many gripping sci-fi films. The sci-fi thriller and a classic, Oxygen makes people breathless when they think of this movie. The main lead Mélanie Laurent wakes up in a cryogenic chamber with zero memory of how she got in there. The story evolves with her figuring out how she got in there before the oxygen ends.

Your weekend plans must be pretty great if you are looking to watch any of these masterpieces. Not only will you have a fantastic time watching these movies, you will also get to learn and think so much. Grab a snack, get cosy and let the marathon begin!

Self-Starter: How Entrepreneur Jheal Shah Brought The Concept Of Renting High Fashion In India With The Stylease

5 Step Guide To Making Your Own Organic Compost At Home