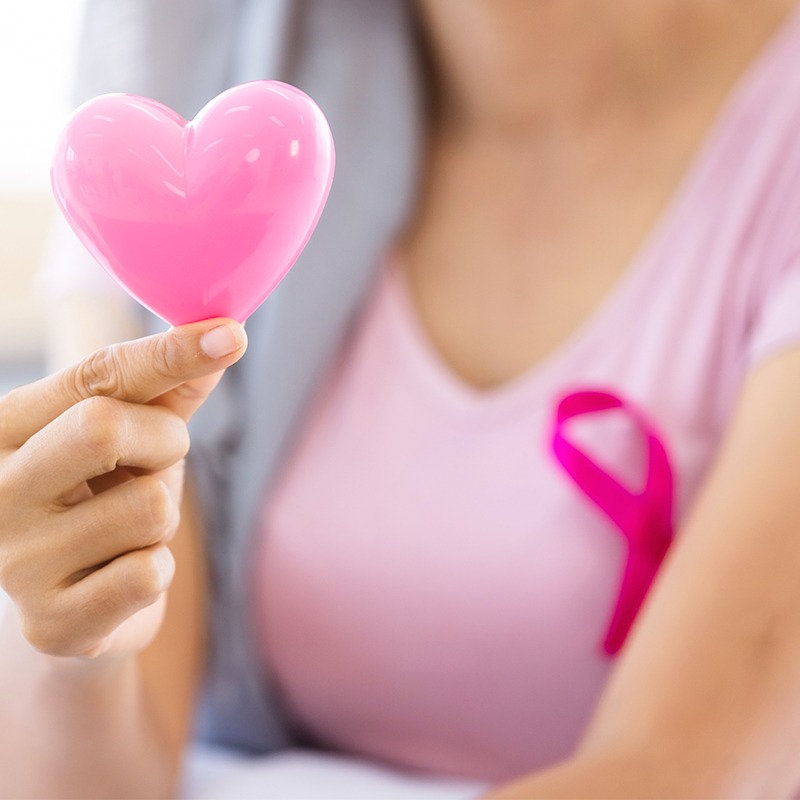 More women have cancer than men in India. According to a World Cancer Report, 5.37 lakh Indian women were diagnosed with cancer in 2012, as compared to 4.77 lakh men. This and several other factors call for more awareness about cancers that primarily affect women. Prevention and early detection can save lives. So on National Cancer Awareness Day, TC46 shares the 5 most common cancers women are diagnosed with along with expert-led advice on these conditions.

It is reported that in every four minutes, an Indian woman is diagnosed with breast cancer and it accounts for 25% to 32% of female cancers across the country. Dr Uma Dangi, Consultant Medical Oncology at Hiranandani Hospital in Mumbai explains this condition and what to look out for.

The most common symptom of breast cancer is the presence of a lump. Most importantly, the lump is painless in its early stages and hence many times gets ignored. A painless lump in the breast is a very important sign of breast cancer. In addition, other symptoms include changes in the shape or contour of the breast, bleeding or discharge from the nipple, and change in the nipple and areolar region without any lump, which includes retraction of the nipple. In very advanced stages, the skin of the breast may get involved leading to redness and appearance of orange-like skin, also called Inflammatory Breast Cancer.”

Read Here: Things you must know about breast cancer.

Symptoms Of Breast Cancer In Women Other Than Lumps

Symptoms of Breast Cancer other than lumps to look out for include:

Every woman should self-examine their breasts once a month to stay alert. If you are menstruating, it is better to self-inspect after the menstruation period gets over. To perform at-home examinations do the following:

Noticeable Changes In Your Breasts To Be Checked By A Doctor

Consult your doctor when these persistent, noticeable changes in breasts occur:

Treatment of Breast Cancer depends upon various factors including the type of cancer, the stage of disease, age, and additional illnesses the patient may suffer from. It may include various modalities like:

Cervical cancer is a type of cancer where cells change in women’s cervix, which connects their uterus with the vagina. A major cause of cervical cancer is the beginning of unusual changes in the tissue of the cervix. Most cases of cervical cancer are linked to infection with human papillomavirus (HPV). HPV is common and for most people, there are fewer chances of the virus developing into cancer. This means other factors — such as your lifestyle choices or environment factors— also determine whether you’ll develop cervical cancer.

There are no symptoms or sign in early-stage cervical cancer but for more advanced level cancer spread it includes signs as:

There are 4 stages of cervical cancer:

For cervical cancer, these factors may raise a woman’s risk of developing on:

Cervical cancer, if detected at the earliest stage, can be cured if not then various treatments are prescribed by the doctors for different stages such as surgery if cancer cells have not spread from the cervix, this is the most common treatment. Radiation therapy if doctors feel the cancer cells are present inside the body. In advanced stages, radiation and chemotherapy is recommended. In later stages, palliative therapy is provided to relieve symptoms and improve the patient’s quality of life and living. Treatment for cervical cancer is a long process and takes plenty of time.

Thyroid Cancer Affects Women Between The Ages Of 40 To 49

Thyroid Cancer occurs in the cells of the thyroid — a butterfly-shaped gland located at the base of your neck. The thyroid produces hormones that regulate our heart rate, blood pressure, body temperature and weight. Thyroid Cancer might not cause any symptoms at first. But as it grows, it can cause pain and swelling in your neck. Several types of Thyroid Cancer exist. Some grow very slowly, and others can be very aggressive. Most cases of Thyroid Cancer can be cured with treatment. Thyroid Cancer is the most common malignancy of the Endocrine System and the seventh most common malignancy in women. The fluctuation of sex hormones during a woman’s menstrual cycle and pregnancy has been hypothesized as the reason for the gender disparity in Papillary Thyroid Cancer. In particular, the peak incidence of Papillary Thyroid Cancer has been observed in women aged 40–49 years, this being the age group at which most women approach or enter menopause. Dietary and environmental factors do not appear to have a significant role in Thyroid Cancer gender disparity.

Thyroid Cancer can cause any of the following signs or symptoms:

Some of the risk factors for Thyroid Cancer include:

Endometrial cancer rates in India are 4.3 per 100,000 (Delhi). Though the numbers are low, there is an absolute need to spread awareness about this condition. To help understand the condition better, Dr Anil Heroor, Director-Advanced OncoSurgery Unit of Fortis Hospitals Mumbai shares some vital facts.

Endometrial Cancer Facts You Should Know

The causes of Endometrial Cancer are not really clear. What’s known is that something occurs to create changes (mutations) in the DNA of cells in the Endometrium — the lining of the uterus that can lead to cancer. Symptoms include:

The risk factor of developing Endometrial Cancer, include:

Some of these, like pregnancy, birth control pills, and the use of an intrauterine device are linked to a lower risk of Endometrial Cancer, while many are linked to a higher risk.

The most common types of treatment for women with Endometrial Cancer are:

Ovarian cancer is one of the less common gynecological malignancies in India with a projected risk of 1 in 133 females having ovarian cancer, and more than 40,000 new cases per annum. This calls for expert-advice on better understanding this condition and Dr Anil Heroor, Director-Advanced OncoSurgery Unit of Fortis Hospitals Mumbai explains it all.

Ovarian Cancer is a growth of cells that forms in the ovaries. The female reproductive system contains two Ovaries, one on each side of the uterus. The Ovaries — each about the size of an Almond — produce eggs (Ova) as well as the hormones Estrogen and Progesterone. Ovarian Cancer is rare in women younger than 40 years. Most Ovarian Cancers develop after menopause. Half of all Ovarian Cancers are found in women of 63 years of age or older.