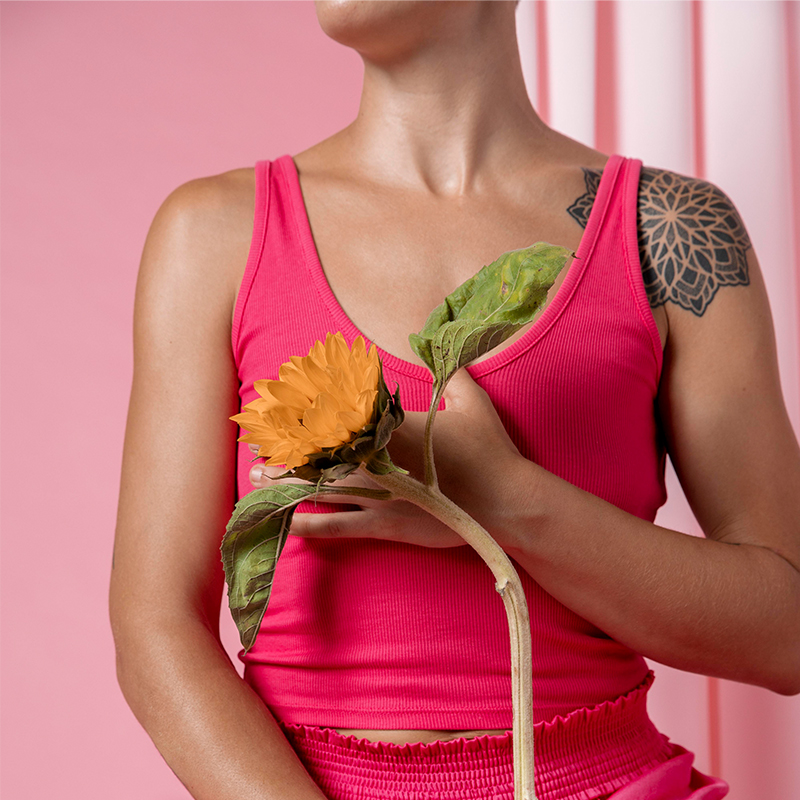 Remember learning about the genes of a couple and how they affect the baby born? For example, if both of the parents have green eyes, the child might inherit the trait of green eyes from them. Genes can determine which trait you inherit from your parents. But genes can also determine if you get the cells that react positively to a certain disease, making you more susceptible to it. About 5% to 10% of breast cancers are thought to be hereditary, caused by abnormal genes passed from parent to child. So is there a way to catch this abnormality?

Early Detection Saves Lives! Fortis Hospitals Mumbai Partners With TC46 This Pinktober (25th to 30th October)! Click here to participate and become one of the 3 Lucky Women to Win a Mammography worth Rs 4,000 each*!

1. Breast cancer and the ways our genes affect it

When there is uncontrolled production of cells in the human body at any site, we call it cancer of that organ. Genes are part of our DNA; they orchestrate the function of a cell – how it should function, grow, divide and how long to live. Genes carry out all these functions through correct proteins. All cancers begin when one or more genes controlling the growth of the cell mutate. A mutation changes normal genes, which creates abnormal proteins and causes cells to multiply uncontrollably, thus becoming cancerous.

An increased risk of Breast Cancer resulting from gene changes passed on from the parents is known as a ‘genetic variety of Breast Cancer’. About 10% of Breast Cancer cases are thought to be hereditary, meaning that they result directly from gene changes (mutations) passed on to them from a parent. The most common cause of hereditary Breast Cancer is an inherited mutation in the BRCA1 or BRCA2 gene. If a person has either of the abnormal BRCA1 or BRCA2 genes, she has a 50-70% chance of developing Breast Cancer in her lifetime. Such an individual can have cancer in both breasts, or develop cancer in the other breast later. Women with BRCA1 and BRCA2 gene mutations are also prone to Ovarian Cancer developments of around 42% and 15%, respectively. These genes are known to cause cancers, even in men.

BRCA1 and BRCA2 are the genes that help repair the damages in the normal genes. Everyone has two copies of each of these genes derived from each parent. A person who inherits an abnormal variant of these genes is at increased risk of developing several cancers, most notably breast and ovarian. Every child of a parent who carries any mutation in one of these genes has a 50 per cent chance (or 1 in 2 cases) of inheriting the mutation.

Positive results will indicate that the person is at increased risk for developing some cancers like breast and ovarian. Still, the test won’t answer whether or when the individual will develop cancer. All blood relatives of a person who has inherited a harmful BRCA1 or BRCA2 variant are at increased risk of having the variant themselves. Suppose a close relative of the tested person is known to carry abnormal BRCA 1 or 2 genes; in that case, a negative test indicates the tested person has no high risk for cancer but still has a chance of Breast Cancer like the general population. A negative test result when there is no history of a close relative being affected is uninformative and should be interpreted with caution after discussion with the doctor.

5. Who should undergo BRCA testing?

A person should undergo genetic testing for BRCA 1 or 2 genes if they have features such as:

6. For those who test positive for BRCA, prevention of breast cancer is the next step

A person who has tested positive for these mutations should consult with an Oncologist and know various options for the early detection and prevention of Breast Cancer. First of all, such a person should stay vigilant and alert of the common cancer symptoms. Signs of Breast Cancer are a lump in the breast, any erosion over the nipple or breast area, thickening or redness of breast skin, change in the shape of breast or nipple, swelling in the armpit, etc. One should perform a self-examination of the breast from the age of 18 years (breast awareness) to pick up any deviation in her breast at the earliest. It is advisable to have the breasts clinically examined by a surgical oncologist every 6-12 months from age 25 years, an annual breast MRI from age 25 to 29 years, a yearly mammogram from 30 to 75 years.

7. Breast cancer be prevented in those who test positive for BRCA

Yes, if a person has tested positive for BRCA 1 or 2 mutation, Breast Cancer can still be prevented. Options are a healthy lifestyle, surgery, and hormonal agents. If a person is willing, depending upon her age, she can undergo bilateral removal of her breasts (Prophylactic Bilateral Mastectomy) along with Ovaries and Fallopian Tubes (Bilateral Salpingo-Oophorectomy). Surgery offers 90 to 95% protection from Breast Cancer. With the advent of surgical techniques, even after removing the entire breast, a woman can have some contour over the site with plastic surgery. One can also opt for hormonal drugs such as Tamoxifen (Chemoprevention) to lower their risk of Breast Cancer. Lifestyle modifications should include maintaining optimum BMI (20-25), no drinking of alcohol, adopting physical exercise daily for at least 30 minutes, avoiding high-calorie food and consuming a diet rich in fruits and vegetables.

Brighten Up Your Home This Festive Season With These Easy DIY Diwali Décor Ideas!