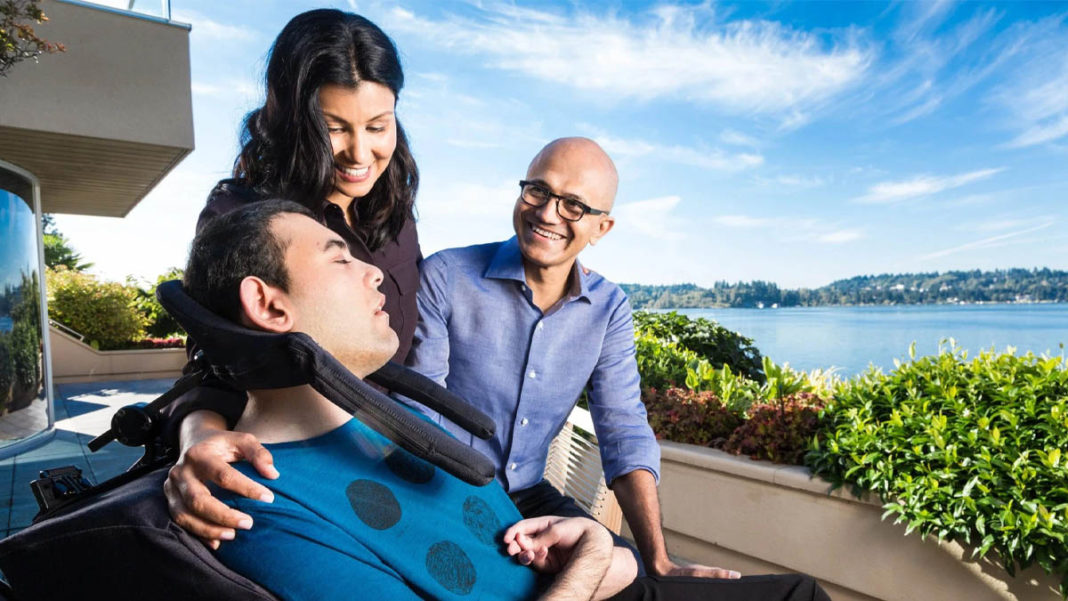 Microsoft CEO, Satya Nadella’s son, Zain Nadella, lost his 26-year long battle with Cerebral Palsy on 28th February, Monday morning. Microsoft employees were informed about the tragic incident through an email and were requested to keep the family in their prayers and allow them the space to grieve.

Satya Nadella expressed the experience of his wife, Anu’s difficult childbirth in a blog. He wrote, “One night, during the thirty-sixth week of her pregnancy, Anu noticed that the baby was not moving as much as she was accustomed to. So we went to the emergency room of a local hospital in Bellevue. We thought it would be just a routine checkup, little more than new parent anxiety. In fact, I distinctly remember feeling annoyed by the wait times we experienced in the emergency room. But upon examination, the doctors were alarmed enough to order an emergency cesarean section. Zain was born at 11:29 p.m. on August 13, 1996, all of three pounds. He did not cry.”

Zain was diagnosed with severe cerebral palsy. Over the next few years, the parents gradually became aware of the extent of damage caused by in utero asphyxiation. They also came to peace with the fact that Zain would be bound to a wheelchair throughout his life and would always be dependent on them.

What Is Cerebral Palsy?

Cerebral Palsy is a neurological disorder that adversely affects muscle coordination. It is caused as a result of damage to the brain before or at the time of birth, or within the first few years of life when the brain is still developing. This leads to a certain degree of disability in movement, posture, and balance.

Cerebral Palsy Facts At A Glance

World Cerebral Palsy Day (WCPD) is observed on 6th October annually. The Ministry of Health and Family Welfare (MoHFW) in India has taken the initiative for the early diagnosis, prevention, and management of birth defects as per India Newborn Action Plan (INAP), 2014. There is another government provision, Rashtriya Bal Swasthya Karyakram, which has been initiated for early detection and intervention of disorders among children from birth to 18 years. This initiative focuses on covering disorders, developmental delays, and deficiencies at birth, including disabilities.

Today, we’re grieving the loss of Satya Nadella’s son, Zain, and sending love and support to all parents who have children suffering from cerebral palsy. You have our heart, our prayers.

5 Symptoms Of An Underlying Gynaecological Disorder