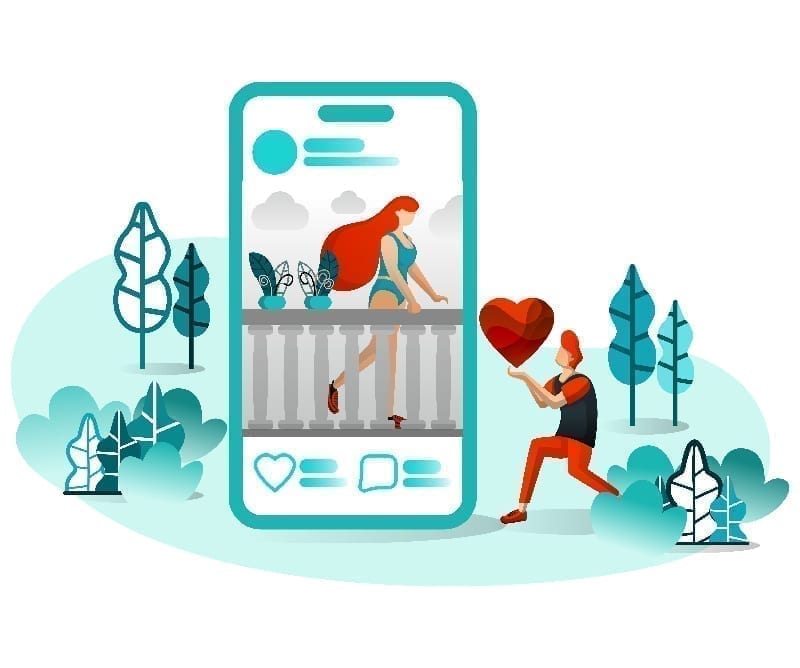 Dear Diary, I write to myself tonight,

I am one confused female. Actually make that two. Because I think my best friend is, too. Maybe even my next-door neighbor is, too. So, three. In fact, I think all of womankind that belongs to my generation is. Particularly in the context of that one four-letter word that my generation has used, overused, even misused over time.

If you’re still guessing what that could be, allow me to break the suspense.

That supposed emotion that apparently makes the ride worthwhile. The one topic that has caught everyone’s fancy, from politicians to poets. The one, at least if popular culture is to be believed, is what every human being feels at least once in their lifetime, in the form of an increase in the pumping of the organ on the left side of the chest.

Except I don’t know what that feeling entails. Maybe, no one in my generation truly does.

I don’t blame us, though. It wasn’t our fault that since we stepped on the face of this earth, we’ve been fed so many versions of this vague emotion, that we probably don’t know what the true version is. Each version, with its own set of expectations, energies, and experiences. From my childhood fairytale Prince Charming to the DDLJ-Esque Raj to my handsome colleague who I’m secretly hoping swipes right on me. Love does come in many forms indeed. And shapes. And sizes. And colors.

And this forming, un-forming, and reforming, of our multiple views on love, couldn’t even wait till we were old enough to speak.

Beginning at the tender age when hearts and minds were still taking baby steps, there was the fairytale love. The ones our mommies and daddies introduced to us as bedtime tales, not knowing that they were inadvertently setting us up for a lifetime of failed expectations. We were fed stories of princes on white horses in castles, as our nighttime sleep inducers. Seriously? And where would that castle be, Mommy? I wished I had asked. In Mumbai, where one learns to be fortunate enough for a pigeonhole sized 1 BHK? Or in Delhi, where my precious castle would’ve had to bear the brunt of all the pollution? Or better still, Bangalore, where I’m sure my prince would’ve returned back to his land after he’d gotten tired of being stuck in traffic.

What about my role in the story, I ask. If the fairy tales I was fed on were anything to go by, my main responsibilities as the female protagonist in the tale were to bite into a poisonous apple, or get myself ill-treated by an evil stepmother, or prick myself with a needle. Basically anything to land in some kind of trouble, so that my Prince charming would find a valid reason to come rescue his pretty, innocent, damsel-in-distress-esque Princess. Which to the 21st-century version of me is rather unpalatable. Though I wouldn’t have minded being Cinderella. Anything for the shoe. Oh, and maybe also the prince.

And then for all us desi folks, we always had Bollywood. Especially if you grew up in the ‘80s and ‘90s, where every story had the same done-to-death plot. Boy meets girl. Girl meets boy. Boy is poor. Girl is a rich daddy’s princess. Girl’s daddy gets angry when he learns of his daughter’s affair. He forces her to marry the son of his rich friend a.k.a. villain. Then in a strange twist of events, the villain kidnaps girl. Boy fights villain plus a bunch of goons. Girl’s father gives in. Girl and boy finally get married. A special mention of thanks to all the dogs, pigeons and glycerin brands here, for their invaluable contribution in getting the lovers to unite.

And within this filmy segment, was a special genre presented to us by the likes of Mr. Chopra and Mr. Johar. One where no love story was complete unless you wore fleeting chiffon saris, and danced on either the snow-covered slopes of Switzerland, or the mustard fields of Punjab, or the streets of Europe. One where your soul mate would be a perfect stranger named Rahul, Raj or Rohan who would walk up to you out of the blue, and introduce himself with a corny pick-up line along the lines of I’m sure you’ve heard my name, missy. Accompanied by the instantaneous downpour of rain, the simultaneous playing of violins and the ringing of bells. To signal the arrival of your once-in-a-lifetime moment. Or if that didn’t happen, you’d always have my best friend from boarding school who you would meet years later after you’d lost touch, that multibillionaire’s son with whom you’d have a chance encounter in Chandni Chowk or your next-door neighbor in New York. And of course, your love story would culminate in a wedding worthy of the Gods to attend. Where you would be the ultimate vision, in a Mr. Malhotra lehenga, to put every other bride to shame.

All of this is fine, until the alarm clock rings, and every fantasy is put to rest. Damn these dratted movies. Raising and shattering expectations since forever.

And when there wasn’t Bollywood, there was the masterstroke of the capitalist society we live in. Valentine’s Day. Rose day. Chocolate Day. Today-I-brushed-my-teeth day. Let-me-punch-you-and-pinch-you-day. One that made love a commodity of chocolates, cards and teddy bears. I remember threatening my high school boyfriend that I would tie him a rakhi on Raksha Bandhan if he showed up empty-handed on Valentine’s Day. But baby, I remember the poor fella crooning, we don’t need a day to celebrate our love, you know. Well, tell that to Sonia’s boyfriend, I remember quipping. He got her a new dress, with matching earrings, and a box of imported chocolates, and a bunch of roses. I always was competitive, you see.

And when all of this was done and dusted, came American sitcoms. Which made me realize that there was nothing shame-shame about sex. And that losing your virginity didn’t make you a bad girl. And that sex involved two people, not two flowers touching. Or that the word soul mate was maybe just an illusion and there were currents and there were exes. And then suddenly I found myself wanting to give up all my Bollywood dreams, and move to New York, which thanks to an overdose of Gossip Girl and How I Met Your Mother and F.R.I.E.N.D.S, was now the greatest city in the world. Because that was the only way to meet the love of my life.

Sounds like a plan. Except the United States is harboring a grudge against India for having stolen its jobs. And other than the fact that I might as well sell my arm and leg before thinking about moving to New York, I’m not sure I’m very welcome there.

In addition to all of this, then came the sudden wave of mankind’s eternal frenemy – technology. One that suddenly took over life, somewhere in our teenage years. Like the kaleidoscopes, I remember playing with as a child, with one twirl, the entire format in which love was presented, packaged and shared changed. Relationship statuses on social media. Stalking every crush on Facebook, Twitter, Snapchat, LinkedIn (even that?) and Instagram, before a decision on whether I would go out with him or not was made. Subconsciously participating in the Who-posts-more-selfies-with-their-significant-other contest, and whose-public-display-of-affection-is-cheesier competition. Oh, and making sure no announcement of an engagement, wedding, baby, another baby, yet another one, was complete without a photoshoot, a video, and some extremely corny status update to go with it.

The onslaught of technology didn’t just stop there, you see. It went a step ahead in making love-driven strictly, by geography and purpose. You know, all those applications that promise to get you the perfect partner whether it is for dinner, bed or life, within a 10km radius from you. A by-product of the millennial practicality, I guess. After all, why swipe right on an eligible candidate in Chennai who wants shaadi, when you’re in Chandigarh, and actually just looking for a casual fling?. Whatever happened to the Raj who swam seven seas for his dear Simran, even encountering the wrath of her entire khandaan in the process, I wonder Move over, love at first sight. It’s love at first swipe now.

So, here’s introducing Love – in all its many forms, shapes, sizes, forms, colours and versions. And there are ones I haven’t even spoken about, for the fear of this chapter running over into an entire book. The ahem, slightly kinky kind of love, thanks to a certain Mr. Grey, whose popularization of BDSM rather arouses my inherently wild physical desires. The Hindi soap opera kind, where my loved one will return from the dead, having become the double victim of a memory loss and plastic surgery, only to rescue me from the wedding mandap as I am about to tie the knot with another man to save the family’s izzat. And the poetic, romantic versions gifted to us by the likes of Mr. Shakespeare, where I would wait for my lover at the balcony, secretly meet him, and then die for him. Of course, we have our own Laila-Majnu and Heer-Ranjha if you’re seeking loveinspiration closer to home.

Sigh, diary. I’m sure you agree with me. Love is confusing. Yet it’s still love. Akin to a sundae, with toppings of fairy tales, Bollywood, commercialization, sitcoms, technology, literature, and somewhere, a hopeful heart.