More
Buzz 46Buzz 46: Everything You Need To Know About Republic Day Celebrations Across...

Buzz 46: Everything You Need To Know About Republic Day Celebrations Across India – Aur Bahut Kuchh 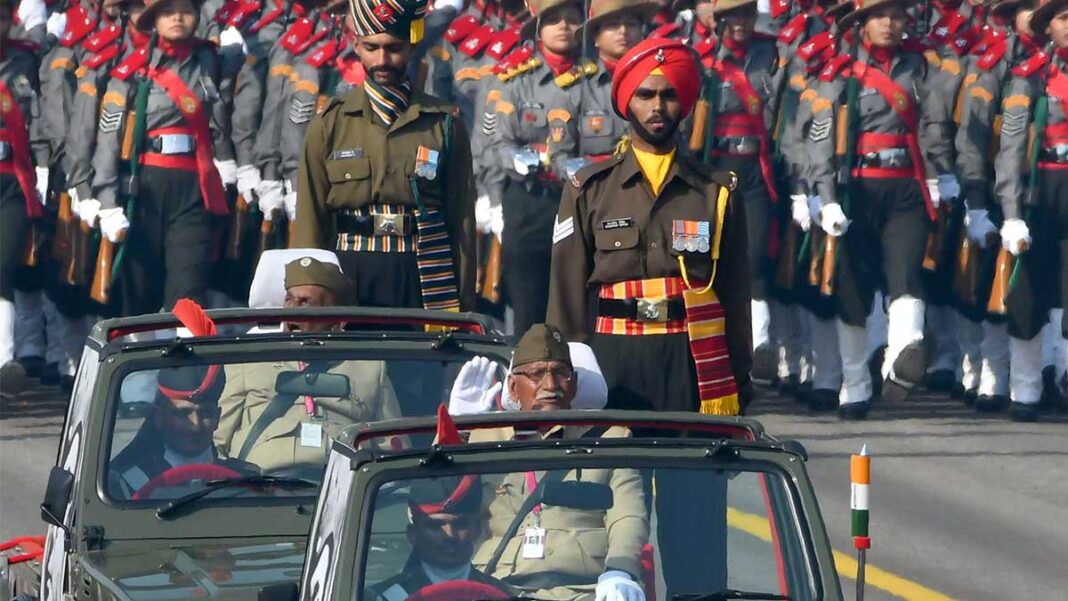 Every year on January 26th, the Republic Day of India or Gantantra Diwas is celebrated with great pomp and show at Rajpath. It is a national holiday that marks the day when the Constitution of India came into effect, replacing the Government of India Act of 1935 as the governing document of India. The Constitution of India was adopted on November 26, 1949, and came into effect on January 26, 1950, marking the birth of a sovereign, socialist, secular, and democratic republic.

Republic Day history is traced back to the 1920s when the independence movement was gaining momentum. The demand for independence from the British rule was growing louder and the leaders of the movement were pushing for a Constituent Assembly to draft a new constitution for the country. The Constituent Assembly, comprising elected representatives from across the country, was finally set up in 1946 and it took nearly three years to draft the Constitution of India. Republic Day meaning lies in the fact that it marks the beginning of a new era in the history of India.

The Constitution of India was adopted on November 26, 1949, and came into effect on January 26, 1950, marking the birth of a sovereign, socialist, secular, and democratic republic.

5 Sources Of Updating Yourself On Republic Day History

There are several ways to learn more about the Republic Day history in India:

1. Visit The Official Website Of The Government Of India

The website has a dedicated section on the history and republic day meaning, which provides detailed information about the events leading up to the adoption of the Constitution of India and republic day significance.

Some of the books that you can consider reading include “The Making of the Indian Constitution” and “The Constitution of India: A Critical Introduction” by Granville Austin, and “The Idea of India” by Sunil Khilnani.

Some of the places you can visit include the Nehru Memorial Museum & Library in New Delhi, the B.R. Ambedkar Memorial in Nagpur, and the Red Fort in New Delhi.

Republic Day significance in India lies in the fact that it marks the beginning of a new era in the history of the country. The adoption of the Constitution of India on January 26, 1950 marked the transition from a British colony to a sovereign nation and the birth of a democratic republic. It also marked the end of a long and bitter struggle for independence and the beginning of a new journey as a nation.

There are several interesting facts about Republic Day or Gantantra Diwas that are worth noting. Some of the most noteworthy ones are a below:

1. Lengthiest Constitution In The World

The Constitution of India is the longest-written constitution in the world, comprising of a preamble and 448 articles in 22 parts and 12 schedules. It is also one of the most progressive constitutions in the world, providing for fundamental rights, directive principles of state policy, and a federal structure of government.

2. The Parade Is Presented In The Presence Of The President Of India & International Dignitaries

Another interesting fact about Republic Day is that it is celebrated with a grand Republic Day parade in the capital city of New Delhi, which is attended by the President of India and other dignitaries from across the world. Every year, a head of a nation – President or Prime Minister – is invited as the chief guest of the dynamic event. The Republic Day parade displays the cultural diversity, military might, and technological achievements of the country.

3. Padma Awards Are Presented On This Day

It is also marked by the prestigious Padma awards, which are given to noted individuals for their distinguished service in their distinctive fields.

If you are planning to visit India during the Republic Day celebrations, here are five places you can visit to experience the festivities:

As the capital city of India, New Delhi is the hub of Republic Day celebrations. The main event is the vibrant Republic Day parade that starts from Rajpath and culminates at the Red Fort. The parade features a display of cultural diversity, military might, and technological achievements of the country. The President of India and other dignitaries attend the parade. Other events and activities on Republic Day in New Delhi include cultural programs, patriotic songs, and sports competitions.

The city of Kolkata in West Bengal is known for its vibrant culture and rich history. The Republic Day celebrations in Kolkata are marked by a grand parade that starts from Red Road and culminates at the Victoria Memorial. The parade features a display of cultural diversity, technological achievements of the state, among other things. Other events and activities on Republic Day in Kolkata include cultural programs, patriotic songs, and sports competitions.

The city of Mumbai in Maharashtra is known for its cosmopolitan culture and bustling streets. The Republic Day celebrations in Mumbai are marked by a grand parade that starts from the Chhatrapati Shivaji Terminus and culminates at the Azad Maidan. The parade showcases the advancements made by the state in terms of culture, technology, and other fields. Cultural programs, patriotic songs, and sports competitions are also an integral part of the celebrations.

The capital city of Tamil Nadu, Chennai is known for its rich cultural heritage and vibrant art scene. The Republic Day celebrations in Chennai are marked by a grand parade that starts from Fort St. George and culminates at Marina Beach. The parade showcases how the state has progressed in the fields of technology and reasons that are a source of pride. Cultural programs, patriotic songs, and sports competitions also go hand in hand with the celebrations.

The city of Hyderabad in Telangana & Andhra Pradesh is known for its rich cultural heritage and historical landmarks. The Republic Day celebrations in Hyderabad are marked by a grand parade that starts from the Golconda Fort and culminates at the Necklace Road. Similar to all the other states of the country, here too the parade honours the progress made in various fields as well as its rich culture.