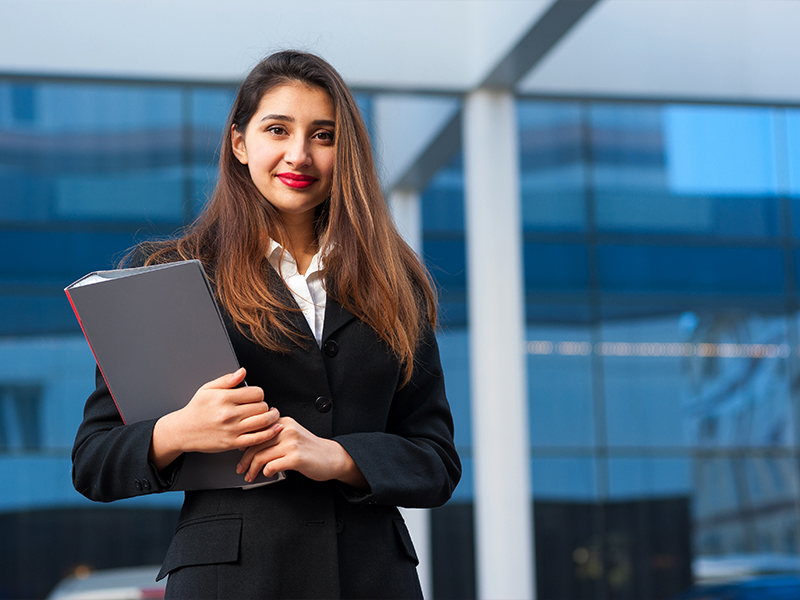 If you work in the corporate sector or know someone who does, you know that remuneration is the most talked about thing in companies. From water cooler talk to sutta break, discussing salaries is a common practise. But one thing that’s often overlooked is the fact that women and men receive different salaries for the exact same job, position and responsibilities. According to the latest World Economic Forum’s (WEF) Global Gender Gap Report 2018, India ranked 108th out of 149 countries on the gender gap index. The global list was topped by Iceland for the 10th consecutive year, having closed more than 85.8% of its overall gender gap.

On International Equal Pay Day, TC46 connected with Shruti Swaika, Principal Associate at Fox & Mandal and Ananya Sinha, Advocate to talk about the gender pay gap. Here they share some laws that are helping bridge the gap, the factors that contribute to it and provisions that help women fight against gender discrimination in the workplace.

What Is The Gender Pay Gap?

The gender pay gap measures the difference between the average earnings of women and men in the workforce. It is an internationally established measure of women’s position in the economy in comparison to men. It is the result of the social and economic factors that combine to reduce women’s earning capacity over their lifetime.

There are two distinct numbers: the unadjusted pay gap and the adjusted pay gap. The former simply differentiates between mean and median wages of the two genders, the latter takes into account differences in factors such as occupation, education and job experience.

Unequal pay refers to situations where women are paid less than men for doing the same work. The gender pay gap, on the other hand, is a measure of the gap in the overall earnings of men and women. It is calculated by considering several parameters applied to the total number of employed members of both genders. Gender Pay gap is a worldwide reality. It is understood that in Poland, women earn $0.91 for every $1 earned by men. In Japan, it is $0.78, Israel, $0.81, South Korea, $0.65 to the dollar. While we do not have similar numbers for India, it is a well-known fact that India is not excluded from this list.

The concept of “pay gap” across genders has also become nuanced. Pay gap cannot simply be between ‘man’ and ‘woman’ anymore. With the advent of different gender identities, the concept of pay gap has become diversified.

Research by Trinity Business School and Technological University Dublin found that transgender people are less likely to be employed (12 %) and more likely to receive lower wages (11 %). The figures are based on a sample of 440,000 individuals in the US from the Behavioural Risk Factor Surveillance System. Researchers analysed the data related to employment and wages with key characteristics such as family, education and health to see if they could explain the difference in the gaps.

The first set of provisions of the Code of Wages relates to anti-discrimination, prohibiting discrimination against employees on the ground of gender in matters relating to payment of wages. The Code on Wages also prohibits discrimination while recruiting any employee and in the conditions of employment, except in cases where employment of women in such work is prohibited or restricted under any law.

Bridging the Gender Pay Gap requires paying women the same as men, for doing the same work. It encapsulated Equal Pay for Equal Work. Although even Equal Pay for Equal work does not exist, i.e. women are paid less simply for being women, this is just the tip of the iceberg. The greater problem lies below, in why women are systemically unable to do or continue doing the same work as men, hence creating a ‘justification’ for the pay gap.

Some of the reasons why our society simply does not allow women to do Equal Work are as follows:

The rate of female participation in the paid labour market is generally low, and is primarily concentrated in rural areas in the agricultural sector. Certain activities in agriculture have been assigned specifically to women, like drying and storing the grain, while other tasks like ploughing and harvesting are only performed by men. Female labour participation in India has been observed to be higher in sectors involving personal services and care work, and is also higher in informal sectors, especially in agriculture. On the other hand, certain professions are harder for women to even enter, such as in business, manufacturing, even doctors and lawyers. These jobs are then made more remunerative. So, even though the women intensive jobs are equally, if not more important, those are made less paying, while the male-dominated jobs are higher paying.

Women in India often receive an insufficient amount of education and preparation for the workforce. The educational training they do obtain tends to be of poorer quality. Investment in education and training has also been strongly in favour of men as they are brought up with the expectation of being bread earners, and hence this investment is considered necessary for their success, while women are instead viewed as “future homemakers” for whom education may not be as essential.

Due to lower quality education, women are less likely to attain higher-paying jobs. In fact, the participation rate of Indian women in the labour force has declined over the past 20 years and is significantly less than the world’s average. A high percentage of women who do find work do so in vulnerable employment situations. Around 80% of employed women work in rural areas in the agricultural sector and very few women work in the paid labour market. Comparatively, unpaid work accounts for only a quarter of men’s time. As a result, the wage gap between men and women widens.

Women are ‘supposed to’ take on the position of caretaker, which leaves less time for pursuing careers outside of the home. Women face discrimination in the workforce due to the assumed idea of motherhood. Investment in education is geared more toward men because women are labelled as “future homemakers”. Women are viewed as potential mothers who do not have time for the job and thus receive unfair pay. This leads to women being treated unfairly, one way being through smaller wages than men.

Childcare is viewed primarily as a woman’s job. Women often take part-time jobs or take time off during their careers to care for their families. When women return to work after a break, they are paid lower wages than their male colleagues.

Additionally, even if women do not have children, it has been observed that they still face pay discrimination as they are viewed as potential mothers, who may require a break from work in the near future.

The above reasons, especially Education and Motherhood, are extremely important to follow because they create an exponential effect. The growth graph of men who get a better education and can give better hours to work, is a much steeper curve, given the compounding effect it has. Conversely, starting off with lesser education and then being able to devote less time due to familial obligations, creates a sharp downturn on the growth graph of women.

Until 2019, the ERA was the only legislation, in addition to the provisions of the Constitution of India, which prohibited discrimination in recruitment on grounds of sex. The statement of objects and reasons of the ERA stated that Article 39 of the Constitution envisages that the State shall direct its policy, among other things, towards securing that there is equal pay for equal work for both men and women.

The Act provided for payment of equal remuneration to men and women workers for the same work or work of similar nature. Some of the relevant provisions of the ERA are as follows:

It has already been mentioned hereinabove that unlike its predecessor being the ERA, the Code on Wages (“the Code”) prohibits discrimination on the grounds of all genders. While the Code has refrained from specifying the genders in relation to the provision prohibiting discrimination in matters relating to wages, the Code also contains provisions promoting the recruitment of women. Some of the relevant provisions of the Code are as follows:

There can be two explanations for the wage gap on account of maternity. One is an environmental explanation, where social norms make it harder for mothers to stay in the workforce. Under this explanation, mothers may find that they are not offered certain opportunities, such as a job that requires significant travel or long hours, because of the perception that they are the primary caregiver to a child. The other is a biological explanation that women may have a stronger preference for spending more time in activities related to child care.

In India, there is the Maternity Benefit Act, 1961 (“MBA”) which promotes the conditions of women in workplaces relating to maternity. For example, the MBA states that every woman who has worked in an establishment of the employer from whom she claims maternity benefit for a period of not less than one hundred and sixty days in the twelve months immediately preceding the date of her expected delivery, shall be entitled to, and her employer shall be liable for, the payment of maternity benefit at the rate of the average daily wage for the period of her actual absence immediately preceding and including the day of her delivery and for the six weeks immediately following that day.

The MBA also provides that every woman entitled to maternity benefit under this Act shall also be entitled to receive from her employer a medical bonus of twenty-five rupees, if no pre-natal confinement and post-natal care is provided for by the employer free of charge. It is evident that the MBA is a creature of the old days when twenty-five rupees would have been considered substantial and that it has not been modified in keeping with recent times.

In terms of Section 12 of the MBA, it is unlawful for any employer to discharge or dismiss any woman who absents herself from work in accordance with the provisions of the MBA.

The primary reason for discrimination against women is the perception of “motherhood”. That woman who is a mother or who will become future mothers will not be able to devote enough time to their work. Maternity or menstruation, though absolutely biological, are treated as reasons which prevent women from continuing in their jobs without any big or small breaks. These causes are used as justification that a man who is free from such biological aspects of life, can do a job without any distraction. These reasons are coupled with the societal notion that women are the primary caregivers whose priority is to look after their families before any other job.

Despite legal provisions being available to ensure the prevention of discrimination against women in workplaces, it puts the burden on female employees to bring lawsuits proving that they have been discriminating against.

Some of the ways to combat the pay gap between genders are as follows:

The way forward for societies and countries will lie in legislation in this field. This of course can be a vicious cycle on its own since men have thus far been unable to identify and bridge the lacunae in the existing law, and we will first need women in the top echelons of the legislature to be able to bring in such law. We can see that bridging the Gender Pay Gap is possible and India only needs to take the right steps towards this.

#DIYLife: 10 Ways To Reuse The Leftover Wax From Candles