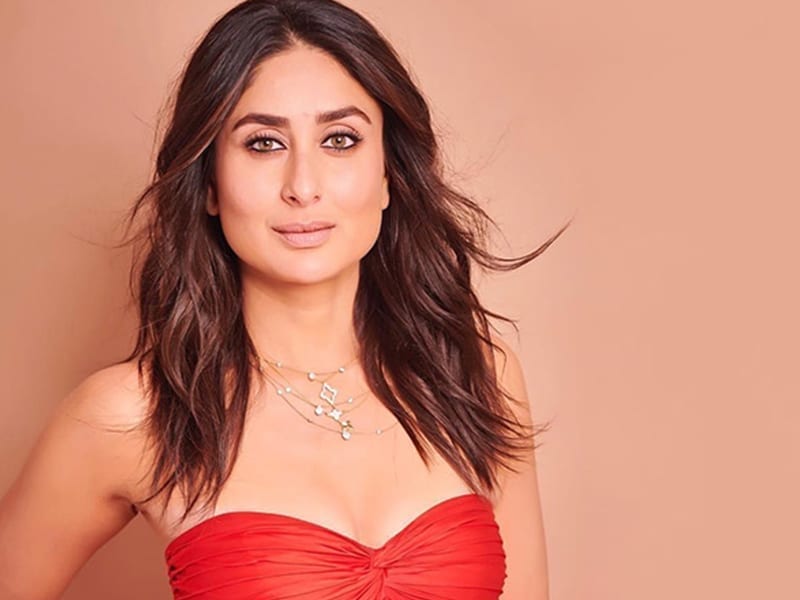 Kareena Kapoor Khan is one of the most versatile actresses of Bollywood. She’s been known, not just for her amazing performances but the iconic avatars she’s created for her characters as well. And many of them have been fashionable, almost setting trends for a generation of women who have grown up watching her movies.

Well, it’s Bebo’s birthday today (21st September) and we’re celebrating this gorgeous Virgo naari’s many fashionable characters she’s brought to life over the years. From Poo and Kia to Geet and Kalindi, here’s toasting to the 40th year of the ‘always in style’ Kareena Kapoor Khan. Watch this video now and recreate fashion looks inspired by Kareena Kapoor Khan’s characters!

Muse and patron of many Indian designers like Manish Malhotra, Sabyasachi, Anamika Khanna and Masaba Gupta, Kareena Kapoor Khan set pregnancy style goals and has even made the gym looks fashionable. She and her baby bump were the showstoppers for Sabyasachi at Fashion Week. Doesn’t get more glamorous than Bebo, does it?

It’s highly likely that you have grown up watching Karan Johar’s Kabhi Khushi Kabhie Gham if you were born during the 90s, and can’t seem to part with the iconic fashionista Pooja Sharma aka Poo. For every millennial even after almost 19 years, she manages to shine brighter than the rest of the cast. What cemented her position as one of the most-loved characters were her ‘don’t give a damn’ attitude and her clothes. From crop tops, leather skirts, and slit pants to fur jackets, gradient sunglasses and co-ord ensembles, she carried everything with utmost confidence. The best part is that so much of what she wore is still fashionable today.

But, don’t forget the attitude and confidence when channelling your inner Poo. The character managed to drop canons of self-love when she looked at her reflection in the mirror in her introduction scene with Tumhara koi haq nahi banta ki tum itni sundar lago.

The magic that Jai & Anjali weaved in Hulchul stayed with the audience until long after. Kareena made wearing your boyfriend’s shirt and tie utterly cool in the song Ishq Mein; she also knew cargo pants were going to make a comeback in the 2018-2020s. Lime green and yellow remained the colours that she wore the most in this film, even though so many were wearing neutrals at the time.

Also, remember her red bridal lehenga in the climax scene at her wedding? Till today, Indian women use it as inspiration and it’s been an iconic piece in Bollywood-inspired bridal looks over the years. Matched with her golden locks, Anjali was the cute, lovable and feisty character that made the film her own.

Kareena, Fardeen Khan and Shahid Kapoor’s Fida may have not been a hit, but the fashion and songs were an immediate success. Bebo in shoulder-length hair and her sincere yet beautiful smile captured everyone’s attention in the first half of the movie. The transition from girl next door to a materialistic girl in love was a visual treat. Yellow seems to have been Kareena’s go-to colour then and it’s no different in Fida. Her various salwar-suit sets from Fida had many copied in the market that desi women lapped up for everyday wear.

That typical Punjabi kudi, Kareena’s Geet was equal parts playfulness and glamour in Imtiaz Ali’s Jab We Met. This 2007 flick and becoming a major hit overnight, and so did Geet’s harem pants from Mauja hi Mauja, her corset-and-skirt combination from Ye Ishq Hai. Even the simple patiala salwar with long t-shirts and her jeans with kurta looks became iconic.

The character Geet has been immortalised in our minds with her go-to line Main apni favourite hoon. And though Manish Malhotra was the brainchild behind all these amazing outfits, you can’t thank Kareena enough for pulling them off. At the end of the day, everyone wants to look gorgeous just like she did for her sister’s engagement in the song Nagada Nagada Baja.

Avantika Ahuja, a professor from a college in Delhi played by Khan shook everyone with her ultra-gorgeous smokey eye makeup look, kurtis and her chaand bali earrings. The desi avatar became a rage among women because what else do Indian women need to look this beautiful? With various shades of burgundy, rust, blue and of course black, designer Akki Narula took Kareena’s character Avantika to a whole new level. This was probably for the first time that she took on an indo-western approach so famously on-screen. For instance, in a scene in Kurbaan, she appears in a burgundy tee and a blue skirt with a zari border. Another iconic look was when she wore a white churidar underneath that skirt.

In a few other scenes, Kareena looked resplendent in a bright red anarkali with blue churidar paired with a red dupatta, and a white suit with multicolour patchwork. She held onto her smokey-eye makeup from the film even for her off-screen appearances until long after.

Mahi from Madhur Bhandarkar’s famous film Heroine was actually a Bollywood heroine in the movie, and she had at least 4 costume changes in every scene. Bollywood has continued to inspire young women when it comes to fashion, and Kareena’s glamorous outfits from this movie were no different.

With her racy looks, tousled hair and dark cherry lips, the sequined dresses from the song Main Heroine Hoon stayed embedded in the minds of many.

Dolly from Omkara was a small-town girl who was seen donning simple clothes in the film. The simplistic passion and love in this film shone through the main leads and this is one of Kareena’s most memorable performances. In fact, Vishal Bharadwaj’s Omkara proved how Khan can pull off any character and certainly knows how to act. From her kurti skirts in O Saathi Re to her neutral makeup that complemented simple salwar suits, Bebo showed us she can rock the non-glam look with as much grace.

Kareena Kapoor turned heads with her outfits in the film Ki & Ka. She set goals for power dressing and gave working women a style file to draw inspiration from. With jeans, slim belts and white shirts or simplistic tees, she was that independent, career-oriented woman who went on to inspire everyone.

Also, if you love the song High Heels, then you must know that she managed to wear a 32kg lehenga in that song and it was a major hit with brides everywhere.

This long-awaited chick-flick caused a stir and served us major couture looks. Kalindi, played by Khan, was a free-spirited bride-to-be and a fashionista in the movie. Her style included tees, boots, bohemian-wear but her lehengas were the star of the movie. Visualise Kareena in that yellow off-shoulder lehenga which is a 25-year-old vintage piece and she looks absolutely stunning in it.

Her other breathtaking looks in the film included the pastel-blue star embellished gown and the cape-style mirror work blouse with a lehenga.

Every woman loves it when Bollywood does real fashion which can be worn every day by both you and me. And Kareena’s style in Good Newwz was exactly that.

In a white cotton dress, a white oversized t-shirt with a brown leather belt and multi-layered necklace, she showcased an inner boho-chic vibe perfectly. In other scenes, she makes it work with faded denim jeans, logo tees and a khaki bag.

The pregnancy style of her character was practical, minimal and clean with loose shirt dresses, or the classic white tee-shirt, leggings, sneakers and baseball cap look. And if you’re looking for uber-glam, then look no further than the song Chandigarh Mein, where Kareena can be seen wearing stunning dresses by international designers. As usual, Bebo brings her looks full circle from practical to glamorous to power dressing in this film too.

We’re sure this roundup has left you with the urge to shop. What are your favourite Kareena Kapoor Khan looks of all time?

Fashion Quiz: Can You Guess The 15 Different Types Of Handbags In This List?

5 Diet Plans That Actually Work (& 5 Extreme Diets You Must Avoid!)