More
Next Door NaariFeminism Within The Patriarchal Parivaar

Feminism Within The Patriarchal Parivaar 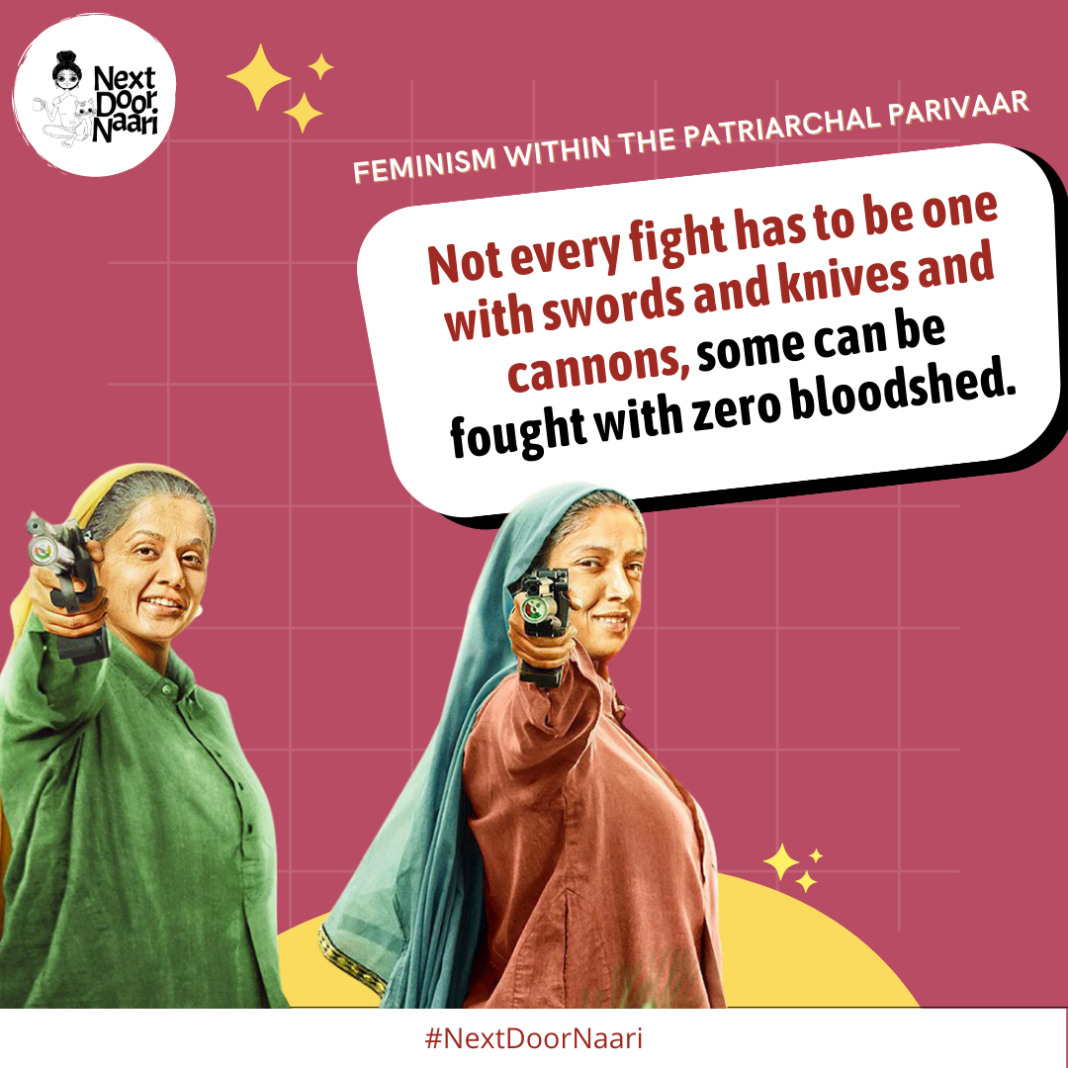 If you saw the OTT show Made in Heaven, you’ll remember the scene in one of the episodes where the dulhan walks away from her wedding pheras. “I’m not paying anyone to marry me” – a feisty, yet determined Priyanka tells her fiancé after she discovers that he and his family have secretly demanded dowry from her parents. After which, in what could be deemed as a rather courageous move, she leaves him at the mandap, and walks away without looking back. Offering no explanation or apology to the surprised onlookers. Not wanting to settle for a hypocrite who claims to be a modern, broad-minded IAS officer on one hand, yet doesn’t bat an eyelid when he tries to reason with his wife about his parent’s decision to demand dowry. But “It is for us, na“…

If television and films are an occasional glimpse of being able to reflect upon real life, perhaps one theme that comes to light is the prevalence of silent patriarchy. One place where we as a generation have it easier than our parents’ is that perhaps today, women no longer need to fight for a level playing field. Women are entering boardrooms. Yet, what we can’t seem to put an end to, is the internalised patriarchy that still exists. In minds, mindsets and cultures. One where there are still stereotypes in terms of how women should behave and act upon expectations from them, despite women shattering glass ceilings repeatedly.

Speaking about my own experiences with this. Growing up in a North Indian family in the 90s, there was no dearth of an inherent patriarchal culture that found its way to make its presence felt, again and again. Families claimed to be modern, yet if you dig deeper, you’ll realise sometimes how superficial this belief can be. Right from traditions to simple practices in day-to-day life, which the entire khandaan was expected to adhere to, without questioning. Extended family dinners being about an entire family seated around the dining table, while women served them only to eat last. Sons and even more particularly sons-in-law were treated like Gods. Even if women worked outside of the house, household, social and relationship responsibilities were expectedly their job.

And then, amongst all this chaos, I somehow managed to grow into becoming a feminist. And how I managed to do this – trust me, I ask myself that too from time to time.

In simple words, it wasn’t easy. Yet, it was worth it. Absolutely!

It never is. Being the outlier in a set up that’s been conditioned to generations of a certain behaviour. Ask no question was the golden rule advocated by all the chachis, mamis and buas. But of course, being the firebrand I was, I had to question everything. Because my curious soul won’t rest until I get a sense of logic. Why do only women fast on karwa chauth? Why does a girl have to change her surname after marriage? Only to realise that every question, however innocent, leaves you with the label of ‘a rebel’. Bahut bolti hai, they would complain to my mother. You need to train her to become sanskaari, they would advise her. Good girls don’t ask so many questions, I would constantly get chided.

And in all of this, what never failed to surprise me is how a bunch of these rebukes came from not the men in the khandaan, but rather the women themselves. Who constantly advise, sometimes even force you to lessen yourself when all you want to be is a little more. And if their constant chiding doesn’t seem to have an impact on you, then try to cajole you. But yeh to tradition hai na beta. Aisa hi hota hai. That’s what you’ll have to do one day, too.

But what if I don’t want to adhere and comply with these so-called rules? And what’s the ultimate crash course on surviving if you’re a feminist, and don’t give into things and rules that don’t particularly make sense to you? At surface value, the solution seems pretty binary. Either you give in, or you walk out. Or, in a third option, well, you pick your battles. You pick the ones that you think are important to fight for. And stand your ground. And simultaneously not judge other women for what their version of ‘important’ looks like.

In many cases, some of these battles can be fought smartly, and even silently. For me, it was incredibly important to retain my maiden surname after I got married. To believe in becoming financially independent. To set the foundation for an equal marriage, instead of one laced with stereotypes about what the husband’s role and the wife’s role should be. To cast aside traditions that didn’t necessarily make sense to me.

Maybe our daughters, and generations of women who come after, will have it easier. In terms of being inherently feminist. But till then, we can continue to fight. Not every fight has to be one with swords and knives and cannons, some can be fought with zero bloodshed. If I found my way to balance between what I was taught since childhood and my own beliefs, I’m sure you can, too.

Buzz 46: Never Heard Of Doomscrolling? Know All About It And How It Affects Your Mental Health