10 Ways For Women To Initiate Sex With Their Partner 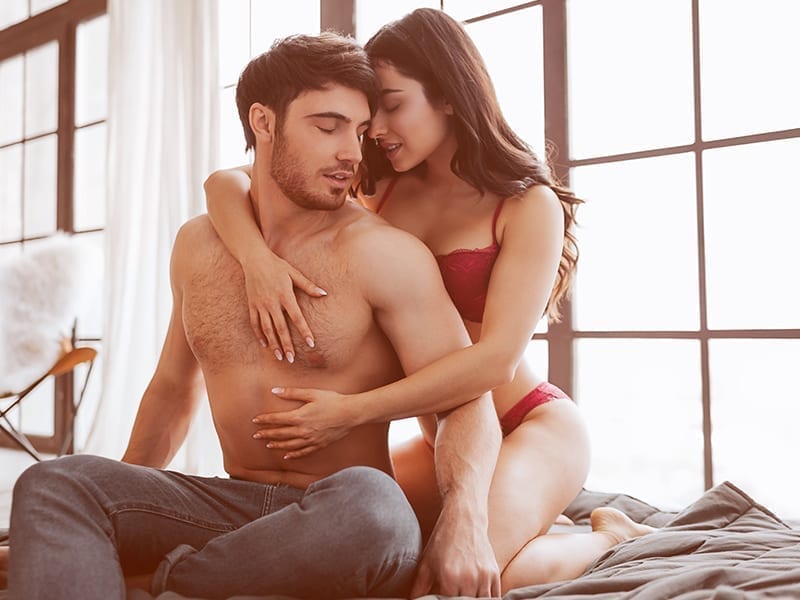 According to researchers, sexual satisfaction is greater in relationships in which partners initiate equally or in which women sometimes initiate sex. Why then, do so many couples fall into the pattern of the man being the only one to suggest having sex? In India, the woman is expected to be coy and shy. Pre-marital sex is a taboo and that generates anxiety and apprehension about sex.

A study in India revealed that a total of 70% of women stated that men initiated sex while only 25% said it was initiated by both of them.

But the world is changing and so are we. With the newer generations stepping up to eliminate taboos and prejudices that surround relationships and sex, the dynamics are surely changing. Dating apps and websites have helped women step out of their comfort zones and explore not just dating but casual sex as well. Though the choice remains with the individual, it is a welcome change to see consensual sex being normalised.

Studies suggest that 33% of Indians have had pre-marital sex.

The age-old “wisdom” passed on by the elders of “you must be pursued and let the man chase you” is toxic in today’s times. With an absence of sex education, unexplored self anatomy and fear of traditions, women tend to push the thought of sexual gratification to the very back of their mind.

Several women tend to be subtle with their advances. Instead of having a clear conversation, they stick to sending cloaked signals. But men, for the most part, do not understand this and that can result in a lack of reciprocity.

What might be fun for your man might not be for you. With people having different definitions of enjoyment, not all women are comfortable initiating sex. Misinformation or even lack of knowledge about sex can hold back a woman from engaging in sexual activities.

Every person has a unique libido and partners who have polar opposite sex drives often struggle with intimacy. There are a number of external factors that affect it as well, like age, lifestyle, menstrual cycle and stress.

A number of Indian women fear that they initiating sex with their partner might be considered as being experienced. Since pre-marital sex is still a taboo in parts of the country, it stops a woman from taking the first step.

Men, in general, have a stronger and more frequent sex drive than most women. This results in them initiating sex almost all the time. And that leaves little room for the woman to take charge.

10 Ways To Seduce Your Partner

Here are 10 ways to initiate sex with your partner with minimal words. But, as a reminder, “no talking” does not mean “no consent.” You should still be checking in with your partner that they are down for what you’re doing.

1. Make The Best Of Tech

A simple code that tells your partner that you are in the mood is a great option. A vague phrase or word that can be safely uttered in the presence of your kids or in-laws works well. It helps in not only making it clear that you are up for some physical intimacy but brings some excitement as no one, other than you two, know what the code means.

Rubbing his feet with yours or kissing his neck might not always do the trick. Since men need something more direct try to up your game. Kiss and lick his fingers while you watch a movie to represent oral stimulation. A powerful move that doesn’t require conversation is using your hips and butt to tell him that you are in the mood.

As long term relationships progress, couples often don’t compliment each other. This stagnation period of courting and seducing can affect your sex life. Take charge and tell him he looks great today. Notice changes and compliment him on the same. A simple “you look great in that shirt” or “I love the way you do your hair” can work like magic.

If you are someone who tends to reserve the end of the day for physical intimacy or have a set schedule, it’s time to change it. Men are generally at the peak of arousal in the early morning. Get up early a few days and week and show him some appreciation. Wake him up with kisses and initiate sex. Or step into the shower with him. Nothing beats a morning quickie before work.

If talking is not your forte and you feel shy, you can use alternate options. There are tons of adult games like dice, cards and so much more available. Roll the dice and do as instructed. Or pull up a card with a dare and complete it. This will help you take the lead without having to utter a single word.

Do you know why people enjoy dressing up in fancy dress? We humans use the costumes and the masks to make bold decisions and do things we normally wouldn’t. Use this to your advantage and get in character. Dress up as someone your partner admires or a sensual tv/movie character. Roleplaying is a great way to initiate sex with ease!

No one can say no to a massage. It helps relieve stress and improves blood circulation. And getting intimate with a masseuse is a fantasy for many. Offer to give your partner a massage, and then slowly work your way down to hint at what’s on your mind. Setting the scene this way helps put him in a giving mood and gives you a boost in sexual self-esteem.

A hike to your favourite hill or a jog in the park together can be physically as well as sexually stimulating. Watching your partner workout can lead to sexual arousal. Even doing household chores can be fun. So get sweaty with your partner and feel the sexual tension build up as you hurry to finish the work.

An awkward yet effective way to initiate sex is to communicate. Though it might seem weird during the initial stages, a mature relationship needs direct and clear communication. Most men prefer you just ask them. Saying “do you want to do it” does not ruin the moment. It not only gives your partner the chance to consent to it but also makes it easy to proceed.

It shouldn’t always fall on one partner to be the one to initiate, because being wanted feels nice. And the best way to have more sex is to ask for it. Self-conscious women who take the lead in the bedroom help improve their relationship with their partner. There are a lot of ways to initiate physical intimacy, some more creative than most. Choose whatever method you prefer, ask for consent and get it on!

Buzz 46: Husbands On Their Wives Refusing Sex, As Per A National Survey (& 4 Other Revelations)