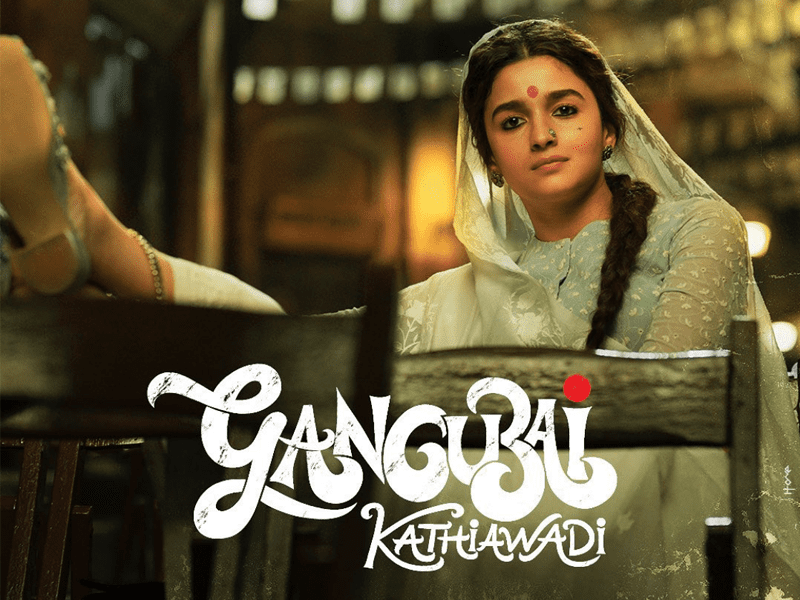 Sanjay Leela Bhansali arrived with the teaser of Gangubai Kathiawadi and the outpour of reactions hasn’t stopped. Though there have been several mixed responses to Alia Bhatt’s Gangubai, it surely made everyone take notice. The larger than life portrayal of the real-life madam of Kamathipura, Gangubai Kothewali, can’t be judged with a teaser. And everyone is keen to see more but will have to wait for Gangubai to grace the silver screen for a while. While the combination of Alia Bhatt and the magic-maker Sanjay Leela Bhansali is sure to create fire on screen, people are curious about the real-life story of Gangubai Kothewali.

She is featured in one of the chapters of Hussain Zaidi’s Mafia Queens Of Mumbai and she justifies the title like no other. Badass, fierce and remembered as a legend in the alleyways of Mumbai’s underworld, she was one remarkable woman.

Alia Bhatt’s Gangubai has a new name but what the audience is excited about is the storyline. Gangubai Kothewali was born as Ganga Harjivandas into a prestigious family in Kathiawad, Gujarat. Since childhood, she dreamt of becoming an actress, the limelight and the city of Bombay called her. While in college, she fell in love with Ramnik Lal, her father’s accountant. Knowing her family wouldn’t accept it, she saw this as an opportunity to move to Mumbai. She ran away with him from her home and it is said that they had tied the knot with each other.

Unfortunately, life didn’t go as planned and she was betrayed by Ramnik. Gangubai was sold into prostitution by her husband for just Rs 500. After crying for weeks and with no help at hand, she decided she had no choice but to stay back. Gradually, her fame grew and she became one of the most prized sex workers of Kamathipura, with a knack for making rich clients relent. From being a victim of cruel circumstances, she transformed into a spirited woman with a mind of her own. The hard life of Mumbai’s red-light area turned her into a tough lady.

She plied her trade in Kamathipura and came to be one of Mumbai’s most legendary brothel madams. But it was a difficult journey, from standing up for herself to befriending the most infamous don, Karim Lala. It so happened that Gangubai was brutally raped by a gangster. The incident left her invalid for days. It was then that she decided to take matters into her own hands and accost his boss, none other than Karim Lala himself, after Friday prayers. Not only did Karim thrash her tormentor, but he also warned against anyone harming his ‘rakhi sister’.

Gangubai Kothewali soon rose to become one of the undisputed queens of Kamathipura. At the height of her power, her earning too was staggering amid the bylanes of Mumbai’s brothel district. She was well-known for her sarees with gold borders and sari blouses with gold buttons. At one time, she even owned a Bentley car. Although she lived in the slums of Kamathipura, she was rich enough to be the only brothel madam in the 60s to own a black Bentley. She turned her weakness into her power and the naive, dreamy girl from Gujarat became a cold, calculating madam.

A Change Of Heart

Later in her life, she became an advocate of the rights of women who were sold into prostitution. Despite her cruel circumstances, she was known to have a soft spot for women sold into prostitution. She cared for them like a mother and to date, her pictures adorn many walls of Kamathipura. One such incident includes her fight with one of the significant members of a famous gang in Mumbai. She fought for a girl from her brothel who was allegedly raped by a gangster. She wielded immense power and influence, owing to her contacts in the underworld.

She had met PM Jawaharlal Nehru, who had been impressed by her wit and had even approved of her proposal to protect red light areas. Gangubai evoked so much awe that she became a rare woman to have her statue bust erected in the area. Apparently, she never forced any girl into prostitution, instead, she used to work for improving the conditions of the sex workers and orphan kids.

Alia Bhatt’s new movie teaser might have invoked a new life into movie-goers waiting to watch Sanjay Leela Bhansali’s masterpiece on the silver screen. But the real Gangubai’s story brings tears to the eyes. A fierce, tough lady who rose to power and stood strong for women around her is a story certainly worth watching. While Alia Bhatt’s Gangubai will see the light of day in July, you can read more about this awe-inspiring lady in Hussain Zaidi’s Mafia Queens of Mumbai.

Here’s How You Can Master The Art Of Small Talk