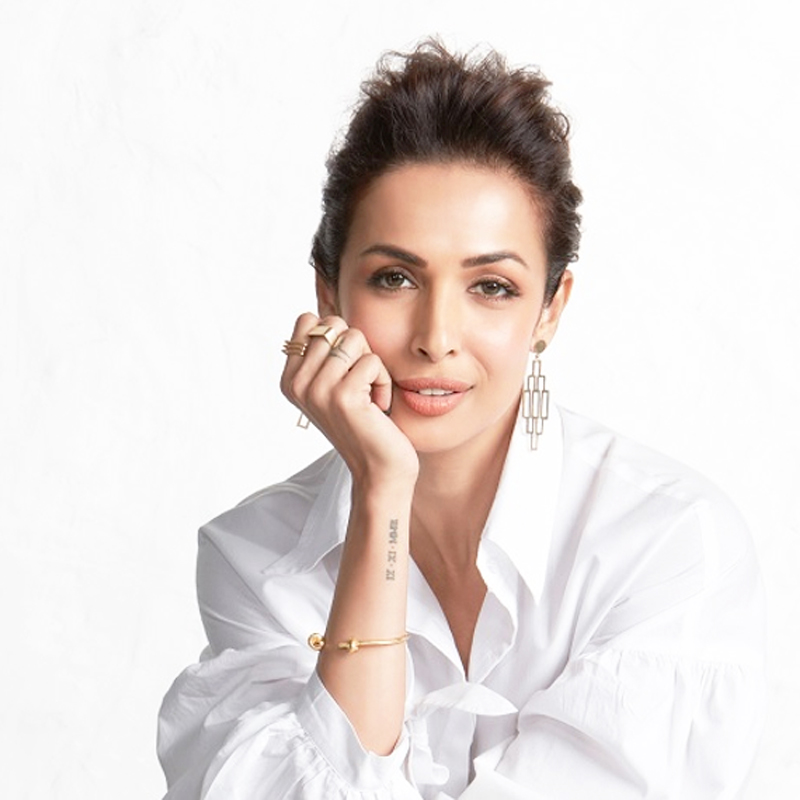 The Bharatiya Naari is a splendid term that encapsulates the endless list of wonderful women that inspire millions every single day. From breaking barriers with an incredible dancing talent to slaying the cinema industry with top-notch performances, these October-born ladies have done it all. Here are 8 amazing Indian women born in October that are truly inspiring!

The Pataudi’s have been a fixture in Bollywood for decades now. Soha Ali Khan, born on 4 October 1978 in New Delhi, is an actress who has worked in Hindi, Bengali and English films. Hailing from Pashtun ancestry, she is the youngest daughter of Mansoor Ali Khan Pataudi, the 9th Nawab of Pataudi, and Sharmila Tagore, an Indian actress. She attended The British School, in New Delhi, studied modern history at Balliol College, Oxford and earned a Masters degree in International Relations from the London School of Economics and Political Science.

Soha made her acting debut in 2004 with the film Dil Maange More!!! Starring opposite Shahid Kapoor, her song Gustakh Dil Tere Liye became a peppy dance number. She is happily married to actor Kunal Khemu and they have a daughter together, Inaaya. The couple met on the sets of the 2009 film Dhoondte Reh Jaoge and tied the knot six years later, in January 2015. Today, the actress is active on Instagram and has served up some major mid-week motivation with her work out video on Instagram.

The star of the hit OTT series, Four More Shots Please, Sayani is an Indian film actress. A graduate from the Film and Television Institute of India, she made her feature film debut in 2012 in Second Marriage Dot Com. Since then, she has appeared in supporting roles in films such as Fan, Jolly LLB 2 and Article 15.

She has starred in the 2019 Keith Gomes written and directed short film titled ‘Shameless’ which was being considered for the 93rd Oscars in the ‘Live Action Short Film’ category. In Margarita With a Straw, she  made heads turn with her fierce acting prowess and restrained mannerism. In a short span, Sayani has done some serious work with female directors like Shonali Bose, Bomila Chaterjee and Nitya Mehra. This actress has certainly carved her name among the audience with her niche work.

Actress, dancer, writer, director, producer, and politician; Hema Malini is a power house. This ‘Dream Girl’ was born in the Tamil-speaking Chakravarthy household on October 16, 1948 in Ammankudi, Tamil Nadu. She debuted opposite legendary showman, Raj Kapoor in Sapnon Ka Saudagar. The legendary actress then starred in about 140 movies, produced and directed two movies and also directed a TV serial ‘Noopur’.

She made her first political appearance in 1999 when she campaigned for BJP candidate, Vinod Khanna, a Bollywood actor for the Lok Sabha election in Gurdaspur, Punjab. After officially joining BJP in 2003 the then-president APJ Abul Kalam nominated her as an MP to the Upper House or Rajya Sabha. On August 21, 1979, she married fellow superstar Dharmendra. She has two daughters, Esha and Ahana Deol.

The dancing diva of the 1950s and 1960s and well known vamp in films, Helen is an absolute legend. The actress of an Anglo-Burmese origin, Helen Ann Richardson Khan has appeared in over 700 films, making her a prolific performer in Hindi cinema. In Teesri Manzil (1966), an overwhelmingly seductive Helen plays the role of a fanatic who hovers over Shammi Kapoor‘s head when refuses to reciprocate her love.

Born on October 21, 1939 in Burma to an Anglo-Burmese/Anglo-Indian father and Burmese mother, Helen has had a quite an eventful life full of success and controversy.  She was helped by a family friend, an actress known as Cukoo, in finding jobs as a chorus dancer in the films Shabistan and Awaara (1951). Helen was soon to be seen regularly, and started featuring as a solo dancer in films like Alif Laila (1952) and Hoor-e-Arab (1953). She married script writer Salim Khan in 1980 at the age of 42.

The Chaiyya Chaiyya girl danced her way into the audience’s hearts in 1998 and now rules it with every new performance. Born to a Punjabi father and a Malayali Catholic mother, Malaika is an Indian actress, dancer, model, VJ, and television presenter. She completed her secondary education from Swami Vivekanand School in Chembur, Mumbai. Malaika was a VJ in MTV India and anchored some programs like Love Line and Style Check at award ceremonies and concerts on the television channel.

Then she started modelling and appeared in many ads as well as cameos in Bollywood film songs. She has some hit songs to her credit like Chaiyya Chaiyya from the film Dil Se, Kaal Dhamaal from Kaal, Maahi Ve from Kaante and more. She was married to Bollywood actor-director-producer Arbaaz Khan in 1998 whom she met during a coffee ad shoot. She has since divorced and is currently dating actor Arjun Kapoor.

Read Here: Tips to help you rebuild your life after a divorce.

Debuting in a lead role for the Telugu film Boni opposite Sumanth, Kriti is the fresh face of Hindi cinema. An actress and model, she began her work with Kannada, Hindi, and Telugu language films. Born in a Punjabi family in Delhi, she moved to Bangalore in the early 1990s with her family. She has starred in movies like Guest iin London, Pagalpanti, Raaz Reboot, 14 Phere, Housefull 4, Shaadi Mein Zaroor Aana and more.

She has 4 movies lined up for release including Taish by Bejoy Nambiar. She has been dating actor Pulkit Samrat for almost 2 years.

With a bubbly performance in Ladies vs Ricky Bahl in 2011, Parineeti joined the film industry with a bang. Before she became an actress, she was working in Yash Raj Films Studio as a PR consultant. Born on 22 October 1988 in Ambala, Haryana into a Punjabi Hindu family, she is the cousin of international star Priyanka Chopra Jonas. She studied at the Convent of Jesus and Mary, Ambala and moved to England, where she received a triple honours degree in business, finance and economics from Manchester Business School.

Parineeti’s second release was Habib Faisal‘s romantic drama Ishaqzaade in which she played a leading role opposite Arjun Kapoor. Since then, she has been giving out stellar performances with Shuddh Desi Romance, Hasee Toh Phasee, Daawat-e-Ishq, Kill Dil, Meri Pyaari Bindu, Golmaal Again, Namaste England and more. Her fitness journey is an inspiration to many and her transformation is truly applause-worthy.

The daughter of actor Chunky Pandey made her debut with Karan Johar’s Student of the Year 2 in 2019. She has managed to create quite a stir with her looks and interviews in a short span. She next starred in Pati Patni Aur Woh in 2019, alongside Kartik Aaryan and Bhumi Pednekar. Ananya appeared in the 2020 action film Khaali Peeli, co-starring Ishaan Khatter. She is slated to appear in Shakun Batra‘s as-yet untitled 2021 romantic drama with Deepika Padukone and Siddhant Chaturvedi and will also team with Vijay Deverakonda for Puri Jagannadh’s multilingual film Liger. She will star in Kho Gaye Hum Kahan along with Siddhant Chaturvedi and Adarsh Gourav.

In 2019, she launched an initiative named So Positive to create awareness about social media bullying, prevent negativity and build a positive community. At the 2019 Economic Times Awards, the project was named Initiative of the Year.

Will you be celebrating yet another birthday in the pandemic? We say it doesn’t have to be boring! Here are some entertaining ways to make merry while following the rules.

8 Points On How Fertility & Diet Are Connected, According To A Fertility Specialist