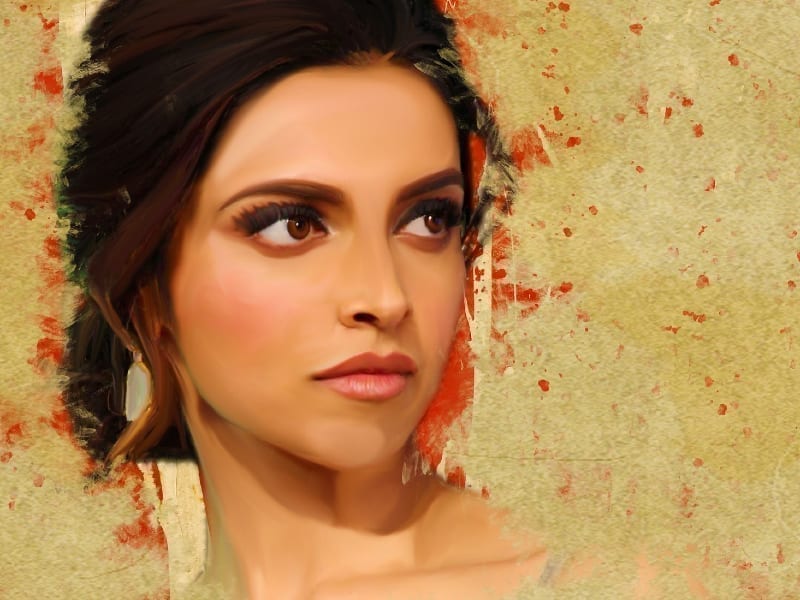 It isn’t a hidden fact that women have been shattering glass ceilings, carving their own route and making their own name in any industry. Through various trials and tribulations, women have given and shown their best in their respective fields. And their achievements have grown and become recognised more with each passing day.

Female actors like Vidya Balan, Mithila Palkar and Kalki Koechlin have paved the way for individuality in an industry that portrayed women as girl-next-door characters supporting the male lead. And let’s not forget Deepa Mehta, a director and screenwriter extraordinaire, known for not being afraid to portray controversial themes.

Celebrating art on screen, we’re rounding up female actors born in January that continue to make waves in their field.

10 Female Actors Inspiring The Next Generation Of Artists

While much has changed in the industry with female actors being offered main leads, carrying multi-crore budget films on their shoulders, and having their choice of meaty roles, it’s only those who dare that actually ride the tide of change, head-on. These artists are inspiring the next generation of actors not just with their craft, but with their choice of roles, breaking out of stereotypical moulds and shattering glass ceilings.

Born on 1st January 1979, Vidya Balan is known to be the pioneer in bringing a change in the portrayal of women in the entertainment industry. She is critically acclaimed for her roles in female-led films and is the recipient of several awards including a National Film Award and six Filmfare Awards. She has also received the Padma Shri in 2014.

She began her career as a dorky teen in Hum Panch, but the actress championed for change in the film industry with her choice of movies, her acting skills, and her refusal to conform to conventional standards of beauty.

This ‘outsider’ has managed to break many barriers and managed to create movies with characters that are loved by all.

Never shying away from controversial themes and tackling them head-on has always been a defining trait in Deepa Mehta’s career. And with her recent movie “Funny Boy”, a book about a young man discovering his sexuality as his family faced its own persecution as Tamils living alongside the Sinhalese in Colombo, Mehta proved yet again her aesthetic and sensibilities were aces when the project was greenlit by the Sri Lankan authorities.

It was Deepa Mehta who gave the world the Elements Trilogy, three well known and acclaimed films called Fire, Water and Earth. And since the making of Earth, twenty years ago, her stature has grown to include film festival premieres, an Oscar nomination, and a platform as one of the rare women auteurs on the international stage.

Mehta’s films are always about Indian stories that have questioned and confronted uncomfortable social realities in Indian society. Sometimes labelled as anti-national and accused of insulting traditional values, she has taken challenges in her stride and continues making films on subjects that others shy away from.

From portraying the menacing Dhankor of Goliyon Ki Raas Leela: Ram Leela to the loving mom in Wake Up Sid, Supriya Pathak has done it all. Born on 7 January 1961, the Indian actress of film, television and stage is mostly popular for her role of Hansa Parekh in the Khichdi franchise.

Over the years she has adopted different characters, playing them with her fine skills. She has won the Filmfare best supporting actress award thrice, and continues to impress us with her acting prowess in a variety of roles at the age of 59.

A brilliant actress, a warrior against depression, a national level badminton player, 2018 Time Magazine’s one of 100 Most Influential People In The World, and the founder of the mental health Live Love Laugh Foundation—Deepika Padukone continues to inspire women across various walks of life.

The actress, born on 5th January 1986, has set an example challenging the gender wage gap between male and female actors in the industry. She is the recipient of 2 Filmfare awards and has made her big Hollywood debut against the likes of Vin Diesel, helping her cement her spot as a viable crossover star in international cinema.

A Marathi Mulgi who rose to fame with her version of the Cup Song, Mithila Palkar is a popular face on OTT platforms and in YouTube videos. But she’s grown leaps and bounds and moved to the 70mm big screen with her performance in Karwan alongside the late Irrfan Khan adding a feather to her filmography.

Although tagged as a ‘girl-next-door’ and being stuck with that stereotype, Mithila Palkar has never let it affect her. According to her, every girl-next-door is different, and she has been discovering that herself with every character. Her talent is evidently clear in the fact that she’s become a recognisable face and name to the ever-so-fickle millennials and Gen Z.

Kalki Koechlin is undoubtedly a great actress, and we have witnessed her acting prowess in movies like Margarita with a Straw, and Waiting. She’s a lover of the arts and has made quite a name for herself in theatre acting and plays too. A writer herself, Kalki is the recipient of National Film Awards, a Filmfare and two Screen Awards. She is admired for her outspoken nature and voices her opinions on socially relevant issues.

Kalki has also had her travel show, ‘Kalki’s Great Escape’ aired on Fox Life in 2016 which focuses on the bike journey of Kalki with her father Joel Koechlin, through the North-East of India covering the states of Assam, Meghalaya and Arunachal Pradesh, while exploring the cultures of the region.

This bundle of talent inspires, refuses to conform to convention, and isn’t afraid to speak up.

Sakshi Tanwar is a household name. Our mothers and grandmothers adored her in Kahani Ghar Ghar Ki and Bade Acche Lagte Hai.

Transitioning from the telly soap roles to web series and movies was not easy, and Tanwar was often slotted as the sanskari bahu. But her role as ATU Chief Shibani Malik in Anil Kapoor’s TV hit series 24 elevated her to the big leagues. She has since then moved on to big screen projects like the role of Daya Sobha Kaur, the wife of Mahavir Singh Phogat (Aamir Khan) in Dangal.

In 2018, she adopted a baby girl and went on to embrace life as a single mother and working female actor.

Born on 14 January 1965, Seema Biswas is an Indian film and theatre actress from Assam. Best known for her role as Pholan Devi in Bandit Queen, Biswas is a one-of-a-kind actor. She started her career in Assamese cinema later moving to Hindi cinema. The actress has acted in Malayalam, Tamil and Marathi films. Biswas has bagged many awards including National Film Award for Best Actress, Filmfare awards as well as Sangeet Natak Akademi Award.

In her interview with Times of India, Biswas said, “To succeed you need passion and practise. Positive rahna hai, energy ko chodna nahi. And consider life as a learning process.”

Lessons in making it as an artist from one of the all-time greats.

With jaw-dropping roles in Mirzapur, Lootcase, Delhi Crime and Manto, Rasika Dugal is a well-known actor and writer. The acclaimed actor might not have been on a movie screen but she definitely rules the digital world of Amazon Prime and Disney+ Hotstar. Dugal’s commitment to her craft has helped her secure multiple web series, which can last several seasons and make for a great deal for an artist. She takes apart and reassembles her characters which makes her performances hard to forget.

Rasika Dugal is an actor who never wants to get lazy with success or let the praise go to her head. Her simple rule for staying grounded: “If you think you are doing everything right, then you’re not listening,” Dugal said. “There are always people who are doing better than you.” (as told to Scroll)

Every 90’s kid knows Preity Zinta for her flawless acting and stunning smile. The actor born on 31st January 1975 started her acting career with Dil Se in 1998. From playing a character who gets pregnant out of wedlock, to more unconventional roles in Mission Kashmir, Chori Chori Chupke Chupke and Lakshya, Zinta was experimental when many other mainstream actresses preferred to take the safer route.

In addition to acting, Zinta is a social activist, television presenter and stage performer. Between 2004 and 2005, she wrote a series of columns for BBC News Online South Asia. She is the founder of the production company PZNZ Media, a co-owner of the Indian Premier League cricket team Kings XI Punjab since 2008, and the owner of the South-African T20 Global League cricket team Stellenbosch Kings since 2017. If you’re wondering how artists secure their future, it’s by diversifying and Preity is the quintessential example of someone who has done this successfully.

As we start in 2021, let’s start fresh.Take in the very cliche “New Year – New Me” saying and be inspired by the boss women of January. The most common takeaways from our countdown of women in January is that they are all hardworking and do not back down from a challenge. Move on from 2020 and like all the women of January, let’s be determined and carve our own path.

The List: 25 Stunning Jewellery Pieces For The Festival Season