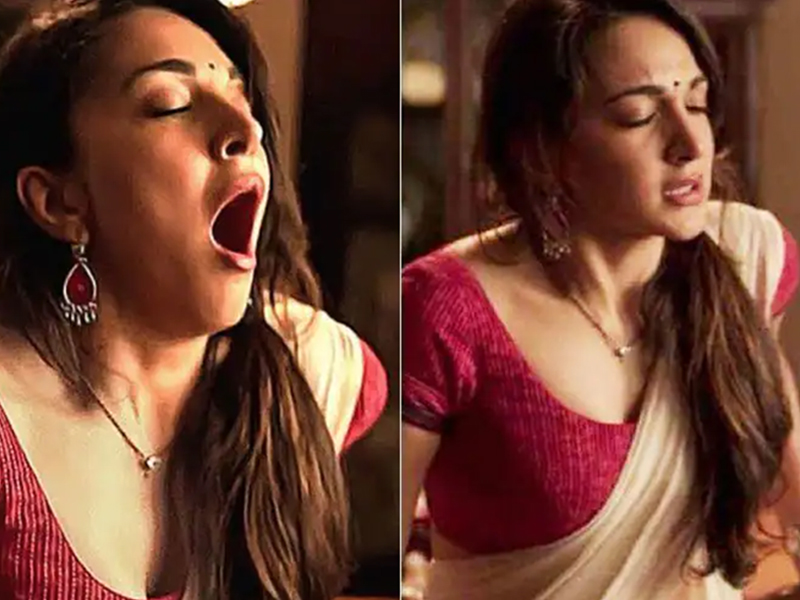 Cramps, bloating, fatigue and more; your period arrives with these usual suspects in tow. But, it also brings along a change in your sex drive. A wild and crazy libido is pretty common among women just before their period, making you crave sex and get hornier than usual. This particular surge in sex appeal happens during ovulation, about halfway through your cycle, or two weeks after your period, due to a slight increase in testosterone. Because hormones seem to enjoy being confusing, some women experience heightened sexual arousal in the days before their period starts.

Why Do You Get Hornier During This Menstrual Phase?

“The hormonal interplay is responsible for varying libido during different phases of the menstrual cycle. The drive is at its peak just before, during and just after ovulation period.” – Gynaecologist & Obstetrician Dr Manjiri Mehta, Hiranandani Hospital, Mumbai.

“Sexual desire is influenced by hormones estrogen and progesterone. So sexual desire is heightened at the time of ovulation and decreases after ovulation. Cervical position and lubrication during ovulation increase your desire. The sensitivity of breasts, touch and response is also dependent on the hormones. The experience of pain during arousal is also heightened during the mid-luteal phase. But every person’s experience is unique and different from the other”, says Gynaecologist & Obstetrician Dr Sushma Tomar of Fortis Hospital, Mumbai.

Research suggests one theory about pre-period horniness, that it has to do with the vaginal discharge your body releases during the luteal phase (as it sheds the uterine lining before your period begins). You’ll typically experience more discharge than usual during this time, so you may feel wetter more quickly when aroused. Check out this article to find out how to delay periods in simple and easy natural ways.

If you want to know more about how your menstrual cycle and sex drive are connected, click here and get all the answers from experts.

Many experts believe that sexual arousal has ‘no major effect’ on your menstrual cycle. Yet, some women report that if they masturbate or have sex, they feel relief from pelvic congestion or menstrual cramps. There’s a chance that having sex before your period may bring on the bleeding faster and make your period easier to manage. The reason is that when you have an orgasm, blood rushes to your genital area. This can stimulate the onset of your period but only if it’s late. Vaginal penetration could potentially increase your cramps if your partner’s penis or a toy is hitting your cervix.

Is Pregnancy A Possibility With Pre-Period Sex?

Having sex before your period when you are aroused is great, but it doesn’t make all the risks disappear. Though it may not be a conception-friendly time, it’s best to stick to contraception.

More sex equals a higher chance of getting pregnant. This is why it’s important to use protection if you’re not trying to get pregnant, period or not.

Dr Manjiri Mehta points out that, “Tracking of cyclical hormonal changes comes in handy, and helps you to organise your time and prioritize your work; it can also help in avoiding unwanted pregnancy.”

Does Birth Control Affect Your Libido?

The long-standing rumour is that birth control all but kills your sex drive. Since hormonal birth control works by stopping your uterus from ovulating, it also stops that little boost in testosterone. Oral contraceptives, in particular, can affect your libido throughout your menstrual cycle, because it also increases something called sex hormone-binding globulin (SHBG).

Is It Just Hormones?

Feeling frisky during your period may also just come down to individual differences. Every woman has a different sex drive and the body reacts to a host of factors, not just hormones. Women might like sex more or a whole lot less during that time, depending on their physical comfort. For some women, the last thing they want is sex when they’re bleeding and crampy. Others may want a sexual activity for relief.

Some experts even suggest that your increased desire to have sex during your period could also be tied to a subconscious relief in knowing you’re not pregnant. It’s more of psychological freedom associated with period and pre-period sex since you’re also less likely to conceive when you’re menstruating.

Periods & Sex: How Safe Is It?

Can you have sex on your period? The short answer is yes. Having penetrative and non-penetrative intercourse while menstruating is totally fine, as long as you’re comfortable and in the mood.

Top 5 Benefits Of Having Sex During Periods

Having sex while you are on your menstruation can be advantageous in many respects.

“There is no need to avoid sex during your menses; sex during menses can help give relief from menstrual cramps. But, chances of spreading Sexually Transmitted Infections increases during menses”, states Dr SushmaTomar.

Ultimately, it’s all about what feels best to you, whether it’s sex before, during or after your periods. If you and your partner are in the mood for a sexy time before your period starts, feel free to have fun.

Keratosis Pilaris: A Dermatologist Shares Everything You Need To Know About The ‘Chicken Skin’ Condition

Quiz: Test Your Endometriosis IQ With This Fact Checker

How P-Dramas Made Their Way Into Our Hearts