More
HealthSexThe A to Z of Female Genitalia: 15 Terms All Women Should...
Advertisement

The A to Z of Female Genitalia: 15 Terms All Women Should Know About Their Area Down Under 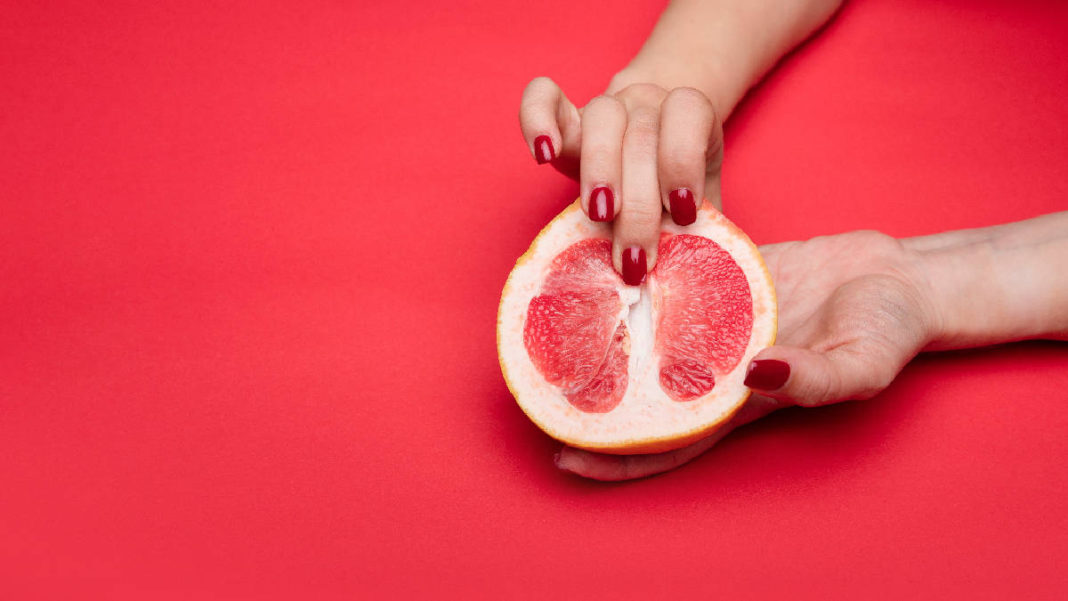 Here are 15 terms that you should absolutely know about your lady parts (in alphabetical order) to #BeALittleMore aware of what lies down under:

These are situated on both the sides of the vaginal opening. They specialise in secreting liquids that lubricate the vagina during sex, thus, ensuring comfort during intercourse.

The lower portion of the uterus is called the cervix. It segregates the vagina from the lower uterus. It may also play an active role in lubrication. The cervix dilates during childbirth, making way for the baby to move out through the uterus into the vagina and finally out of the body.

Read: Reasons Why The Skin Around The Genitals Are Darker, According To A Doctor

And, finally, the holder of laaj sharam and pavitrata of a naari – the much-hyped hymen. It is a thin tissue that sits pretty at the vaginal opening. It gradually grows more elastic with age and ruptures due to various reasons, sexual activity being just one of those reasons. It can break as a result of being physically active and indulging in strenuous activities like running, riding a cycle or a horse, etc. Therefore, the lack of hymen does not stand as a witness for you being sexually active. It is the only organ from the entire female genital system that does not have any recognized biological function.

The word “Labia” has a Latin origin and implies to lips. Hence, labia majora is often referred to as the outer lips. It is the fleshy outer layers of protective skin that is located on both the sides of the vaginal opening. They protect each other as well as other more delicate external lady parts like labia minora, clitoris, vaginal opening, urethral opening, Skene’s glands, and Bartholin’s glands.

Jaise pehle kahan, mons pubis is a part of the external female genitalia. So, it can be found outside the vaginal opening. To be more specific, mons pubis is the rounded, fleshy part on the front area of the pelvic bone or lower belly area, the location where pubic hair sprouts.

Skene’s glands do to the urethral opening what the Bartholin glands do for the vagina. Situated on both the sides of the urethra, they are responsible for lubricating the urethral opening. Scientists are still debating about its functions and the reasons behind its existence. While some scientists believe these glands are the root of sexual arousal in women, some others are researching on whether female ejaculation exists and the role that Skene’s glands play in the same.

The tube of the urethra carries urine from the bladder to the outside of your body.

The urethral opening can be found under the clitoris and exactly above the vaginal opening.

The vaginal opening is situated bang in the middle of the anus and the urethra.

Now, more about the female genitalia that you get to hear about the most. It is a muscular canal that acts as a bridge between the uterus and the cervix. It is the external opening of the female genital organs. Certain parts of the vagina are full of elastin and collagen, offering the rogan the ability to expand when stimulated sexually and during childbirth.

Vestibular bulbs milte hai on either side of the vestibule. They comprise a pair of subcutaneous erectile tissues that are similar to the corpus spongiosum and penile bulb. Both the bulbs meet in front of the urethral orifice, vaginal vestibule ke niche. Each of the bulbs are covered with bulbospongiosus muscles.

The vulva is a part of your genitalia’s external structures that can be found outside the vaginal opening. It comprises mons pubis, labia, clitoris, urethra, vaginal opening, Bartholin glands, and Skene’s glands.

The above list paints a clear picture of your female genital organs. Acquaint yourself with each one of these organs that form an integral part of your body.

10 Life Skills To Teach Your Kids At An Early Age, According To Mommy Blogger Roopika