More
HealthPregnancy10 Breastfeeding With PCOS Facts You Should Know, According To Dr Arushi
Advertisement

10 Breastfeeding With PCOS Facts You Should Know, According To Dr Arushi 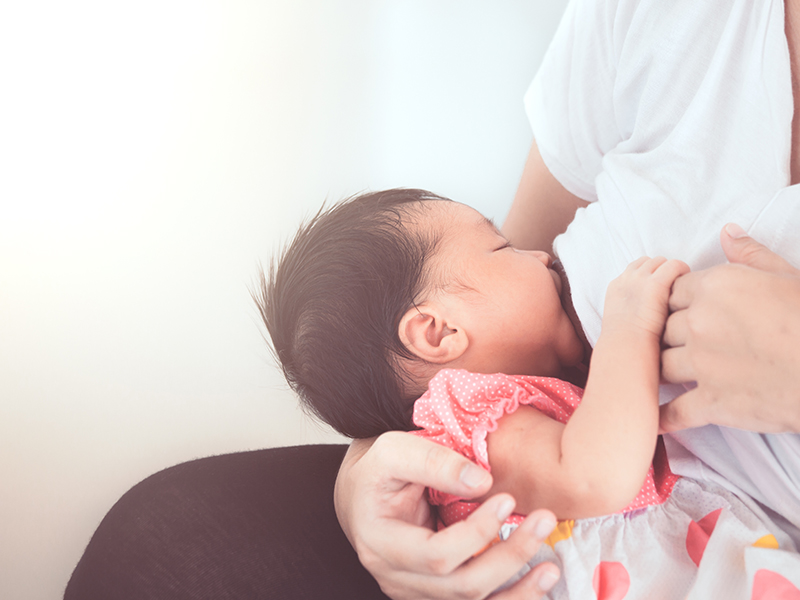 If you’re diagnosed with PCOS, you may need to continue to manage symptoms even after pregnancy. But symptoms and severity can vary. Sometimes the hormonal fluctuations after pregnancy and breast-feeding can change the symptoms, so it may be a while before you settle into your new “normal.” It’s safe to breast-feed with PCOS, even if you’re on insulin medication to help control your blood sugar. Women who have gestational diabetes are at risk for developing type 2 diabetes later in life, but breastfeeding can help lower that risk. Breastfeeding has many benefits for both you and your baby, so if it fits your family, be sure to explore the options and available resources so you can have a successful breastfeeding experience.

TC46 connected with Lactation Consultant Arushi Agrawal to know more about the correlation between PCOS and breastfeeding. Here she shares some expert advice along with 5 must-know facts about breastfeeding for moms with PCOS.

PCOS – Polycystic ovary syndrome is associated with hormonal imbalance in a woman’s body who has attained reproductive age and is thought to affect between 10 and 15% of women. . The women’s body produces higher than normal levels of male hormones that cause them to skip menstrual periods and makes it harder for them to get pregnant. Features of PCOS can include fertility problems, acne, obesity, excess hair growth on the body and an increased risk of developing type 2 diabetes. The range and severity of symptoms are so variable that there is no globally accepted clinical definition of PCOS. Rather, a diagnosis must be made from a combination of symptoms.

While PCOS symptoms usually start in adolescence, in some women they do not develop until their early to mid-twenties. While PCOS is treatable, and long term improvement is obtainable, there is not a cure.

2. PCOS can be a challenge for breastfeeding mothers

So, the good news is that a lot of mothers suffering from PCOS have not encountered anything unusual during their breastfeeding journey. However, some women with this underlying issue have complained about facing extra challenges with breastfeeding.

The biggest issue with PCOS and breastfeeding is a lack of milk supply. Unfortunately, the exact explanation of why women with PCOS may have a low milk supply is unclear. It’s more than likely related to the hormonal imbalances that come with PCOS.

Two main hormones that play an essential role in breastfeeding are prolactin and oxytocin. A lot of women suffering from PCOS have elevated levels of androgen hormones, such as testosterone. These androgen hormones may disrupt prolactin’s function in the body, resulting in decreased milk supply during breastfeeding. It’s also known that elevated levels of androgens in women with PCOS, can also interfere with and bind to prolactin (the primary hormone of lactation or milk production) receptors, further affecting the milk supply.

Insulin is a hormone that helps to keep blood sugar levels in check. Insulin resistance affects up to 70% of women with PCOS, meaning their cells are immune to insulin and do not consume glucose (sugar) from the bloodstream efficiently. As a result, an insulin-resistant individual generates more insulin to aid glucose processing.

4. The lack of glandular tissue can lead to breastfeeding trouble

In the 1940s, researchers observed that women with PCOS had a lower-than-normal amount of glandular tissue in their breasts, which affects both the appearance and functionality of the breasts. Because of the hormonal imbalances which occur, there is the development of poor breast tissue during puberty and pregnancy. Fewer menstrual cycles in early puberty can translate into less estrogen to develop mammary tissue.

Because of the lack of glandular tissue, the breasts of women with PCOS are often tiny (almost prepubescent in size) and cone-shaped, with a large gap between the breasts. Nonetheless, some affected women have very large breasts that are mainly made up of fatty tissue rather than glandular tissue.

Insufficient breast milk production may be caused by a lack of glandular tissue, and as a result, some women with PCOS have trouble starting and/or maintaining breastfeeding.

5. The need to manage your PCOS symptoms persists

Breastfeeding performance can be improved by monitoring your PCOS symptoms before, during, and after pregnancy. When hormones are not in balance in PCOS, problems with breast milk supply are more likely to occur. You will help your body maintain hormone balance and do the work required to produce breast milk by sticking to the lifestyle and food choices that help you control your PCOS symptoms. Watch this video to learn 3 yoga asanas to practice if you have PCOS.

Many of the symptoms of PCOS are caused by abnormally high levels of androgens, as well as other hormone deficiencies that affect breast production and milk synthesis. Metformin is often used by doctors to help patients with insulin resistance. Alternatively, a mother can take all the possible steps to maximize her potential to breastfeed. These steps include the use of non-medical options for pain relief during labour, practising lots of skin to skin contact with your newborn without delay after birth, followed by 24 hour rooming in with your baby, feeding the baby on demand, ensuring optimal positioning and latching and avoiding artificial nipples and teats.

Taking care to drink adequate fluids and eat ample calories is vital for adequate milk. Make sure you provide additional stimulation to the breast by frequent nursing or pumping after feedings for boosting your supply to meet the needs of your baby.

Sometimes, despite these measures, a mother may still not make enough milk. Anger, frustration and helplessness are the common feelings that a mother feels when she is unable to feed her baby despite all the efforts. A lactation specialist or postnatal counsellor could help you overcome these feelings and give you a plan of care that works for both you and your baby.

Also just remember mommies that every Mom and Baby are different and PCOS should not be a deterrent to breastfeed your baby as Breastfeeding is not an end result, it’s a process that helps a mother bond with their baby! If you are facing any issue do not hesitate to take support from a Lactation Specialist or a healthcare provider as breastfeeding is the best gift you can give to your baby!