More
HealthMenstruationPCOS & Menopause: Gynaecologist Shares What You Should Know

PCOS & Menopause: Gynaecologist Shares What You Should Know 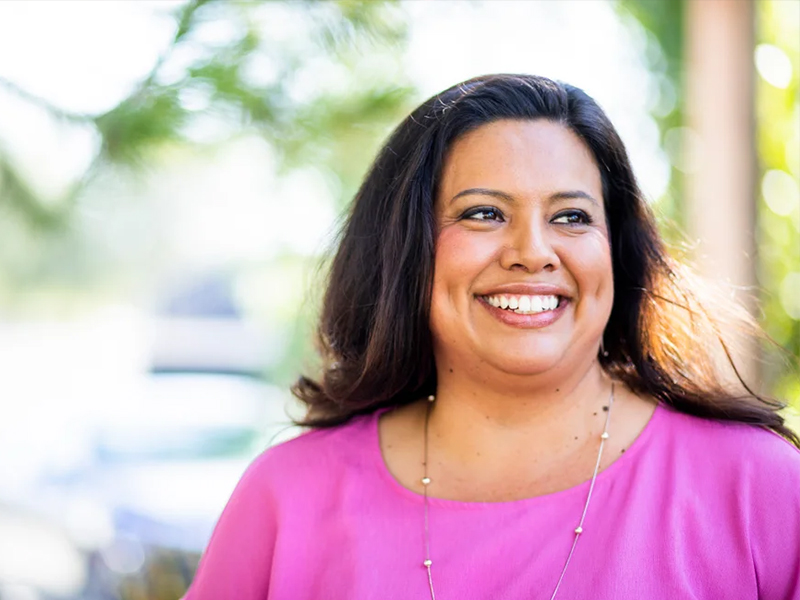 A common topic among women in their 20s and 30s, PCOS seems to start with puberty and affect the reproductive health of most women. From worrying about your ovaries to tackling symptoms like acne and facial hair, PCOS seems to be a younger generation problem. But is it really? A lot of women who suffer from PCOS early on in their life believe that once menopause comes, the symptoms are going to lessen or be completely cured. Is this true? Does it affect menopause?

To answer these more similar questions, TC46 connected with Obstetrician & Gynaecologist Dr Madhavi Reddy of Motherhood Hospitals, Bangalore. Here, she talks about ways to manage PCOS in perimenopause, if PCOS and menopause affect each other and self-management tips.

1. Menopause affects women in their 40s and 50s

Menopause is a natural process that all women undergo after a certain age. The diagnosis is usually made after the woman has missed menstruation for 12 months in a row. It usually occurs after the end of the menstrual cycle when women attain their 40s or 50s which denotes the end of fertility.

Some of the symptoms are:

2. Menopause is different for women with PCOS

Menopause causes a decrease in the production of female hormones such as oestrogen and progesterone, causing you to stop ovulating, technically a full year without a period signals the start of menopause. Women with PCOS may already have low progesterone levels prior to menopause.

This means that, while both PCOS and menopause affect progesterone levels in the blood, they do so in different ways and can aggravate your body’s existing hormonal imbalance. Women with PCOS also have a two-year delay in reaching menopause than women without PCOS.

3. Perimenopausal weight gain may worsen among women with PCOS

Perimenopause is often associated with weight gain and an increased risk of cardiovascular disease, and these symptoms may worsen in women who also have PCOS. This is thought to be because of the metabolic disturbances associated with PCOS.

4. Menopause does not cure or treat PCOS

Women who have PCOS tend to have higher levels of male hormones, such as testosterone. PCOS also reduces your body’s insulin sensitivity, resulting in high blood sugar levels which can cause an increase in male hormones, worsening your PCOS symptoms. Women suffering from PCOS may have low levels of the female hormone progesterone. Progesterone helps in the regulation of menstruation and the maintenance of a pregnancy.

Years before menopause, the body begins to produce less oestrogen and progesterone. Because of the drop in female hormones, ovulation gradually stops. When you haven’t had a menstrual period in a year, you’ve reached menopause. PCOS and menopause both affect progesterone levels in the blood, but they do so in different ways. As a result, menopause does not treat or cure PCOS.

Perimenopause is the period preceding menopause. It is distinguished by changes in the menstrual cycle, as well as other physical and emotional symptoms. Fertility declines and menstrual cycles are shorter and more irregular.

Women with PCOS may experience symptoms of both conditions as they enter perimenopause. But there are some symptoms that distinguish between the two. For example, symptoms such as hot flashes, vaginal dryness, libido fluctuations, sweating at night do not overlap with the symptoms of PCOS.

6. HRT and lifestyle changes are some ways to manage PCOS in perimenopause

Lifestyle changes or hormone therapy are the most effective ways to manage your PCOS symptoms. Hormone therapy, also known as HRT, is an effective treatment for both PCOS and menopause symptoms, as both are caused by a hormonal imbalance.

Improving your day-to-day habits including eating, sleeping, and working can be helpful. Following a proper routine, eating fresh fruits and green leafy vegetables, exercising regularly, doing yoga, avoiding cigarettes and alcohol, and limiting your caffeine consumption are some of the ways to manage PCOS in perimenopause.

7. Some effective treatments and self-management techniques for menopause among women with PCOS

To help reduce those risks, try the following weight-management and diet-improvement strategies:

PCOS and menopause symptoms can make it difficult to get enough quality sleep. But improve your sleeping habits by dedicating a proper time for sleeping. Remove all electronic devices from your bedroom. Avoid using electronic devices for an hour or two before going to bed because they can disrupt the function of melatonin, the sleep hormone.

Check out this article for the best tips on yoga for hormonal balance.

Most menopausal symptoms are controlled through lifestyle changes. If your symptoms are severe, you should consult your doctor about possible medications. Menopausal hormone therapy may be an option in some cases, but it is not for everyone. You may also be able to reduce excessive hair growth with medications. Over-the-counter vaginal lubricants can help alleviate symptoms of vaginal dryness or discomfort during sexual contact.

Quiz: Can You Guess The Right Desi Ingredient For All Your Hair Woes?