7 Vital Facts You Need To Know About DRDO’s 2-Deoxy-D-Glucose Drug, By Dr Chandrashekhar 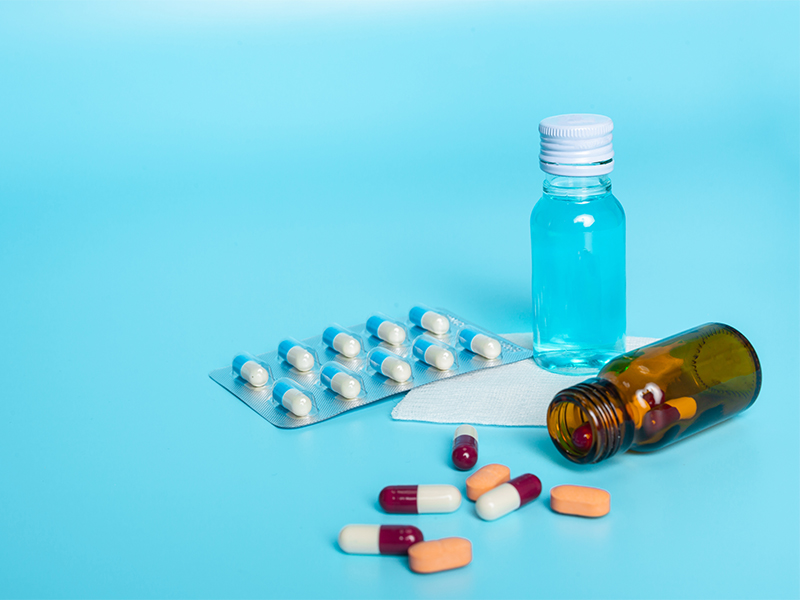 Recently, the Drugs Controller General of India had approved for emergency use of an oral drug, developed by the Defence Research and Development Organisation, for the treatment of moderate to severe coronavirus patients. The drug developed from the molecule 2-deoxy-D-glucose, also called 2-DG, has been permitted to be used along with the primary treatment given to Covid-19 patients. This drug has passed clinical trials and shown improvement for COVID positive patients.

To answer all the burning and unanswered questions, TC46 connected with Dr Chandrashekhar T, Chief Intensivist, Fortis Hiranandani Hospital Mumbai. Here he shares 7 vital facts about the drug and how it works.

The 2-Deoxy-D-Glucose drug has historically been extensively tested for treating Cancer but is so far an unapproved drug. However, for COVID19, the drug shows promise. The drug comes in powder form in a sachet, which is taken orally by dissolving it in water. It accumulates in the virus-infected cells and prevents virus growth by stopping viral synthesis and energy production. Its selective accumulation in virally infected cells makes this drug unique. The Institute of Nuclear Medicine and Allied Sciences (INMAS), a lab of the DRDO, in collaboration with Dr Reddy’s Laboratories (DRL), Hyderabad, has been studying this drug, in the context of radiation therapy for cancer.

2. 2-Deoxy-D-Glucose kills the virus cells from the roots

The basic mechanism of the drug involves inhibiting glycolysis or one of the ways in which cells break down glucose for energy. This approach, while used to starve and kill Cancer cells could also work in inhibiting virus cells too, which were dependent on glycolysis for replication. When the pandemic broke out in India, INMAS, DRDO and DRL switched their effort to explore the possibilities to use this drug to defeat COVID19. Tests at the Centre for Cellular and Molecular Biology, Hyderabad, last year indicated that the drug demonstrably killed virus cells after which it progressed to trials in people.

3. 2-deoxy-D-glucose is a homegrown drug that stops viral growth, but cannot be compared to other medicines

Ideally, we should not compare any drugs with each other as each of these drugs are used in a different circumstance. The 2-deoxy-D-glucose is a ‘fully homegrown’ anti-COVID medicine which has been developed in India. According to researchers, it is one of the first therapeutic COVID-19 drugs which works to stop viral growth in the body, reduce the need for external oxygen. Until now, when there are no specific anti-COVID drugs available in India, or globally, medicines like Remdesivir, Tocilizumab, Steroid drugs, Ivermectin, Hydroxychloroquine, Dexamethasone are being repurposed for use to tame the symptoms associated with the viral infection. All of these drugs work differently against the virus.

4. The anti-covid drug, 2DG has passed 3 clinical trials conducted in 2020

In April 2020, INMAS started experimental examinations in Hyderabad with the Centre for Cellular and Molecular Biology (CCMB). After which, the Central Drug Standard Control Organisation (CDSCO) and the Drug Controller General of India (DCGI) jointly granted permission for Phase-2 trials in May 2020. Between May to October 2020, the institute started initial trials on how COVID-19 patients would respond to the drug. The drug worked well with no side effects and the patients recovered quickly. Further on, the Phase 3 clinical trial was conducted between November 2020 – March 2021 in Delhi, UP, Bengal, Gujarat, Maharashtra, Telangana, Andhra, Tamil Nadu, and Karnataka. The results were favourable.

Clinical trial results have shown that this molecule helps in the faster recovery of hospitalized patients from the viremia phase. Reduces the viral replication and further progression of the diseases toward severeness and speeds up the virus clearance.  The drug will be of immense benefit to the people suffering from COVID-19. As per the clinical data for efficacy trends, the patients treated with the 2-DG drug showed a faster symptomatic cure than Standard of Care (SoC) on various endpoints. A significantly higher proportion of patients improved symptomatically and became free from supplemental oxygen dependence (42% vs 31%) by day 3 in comparison to SoC, indicating an early relief from Oxygen therapy/ dependence.

As far as the disadvantages, there isn’t enough published data on human trials of the drug, which raises doubts about its effectiveness and possible side effects. A phase III trial will be instrumental in proving its efficacy.

The purpose of this drug is to bring the patient out of the viremia phase at the earliest so that the probation and worsening of the disease can be prevented. On the other hand, mucormycosis can be treated with surgery and anti-fungal drugs. There is yet no evidence on how COVID drugs control fungal infections. And as far as the question about the drug being effective during the third wave, our hopes are high. We are doing everything to be braced for the third wave. This drug is one measure in this direction. But we are yet to understand what the third wave will unfold.

7.  The drug must not be given and consumed without a doctor’s consultation.