15 Dilchasp Facts You Need To Know About Nipples! 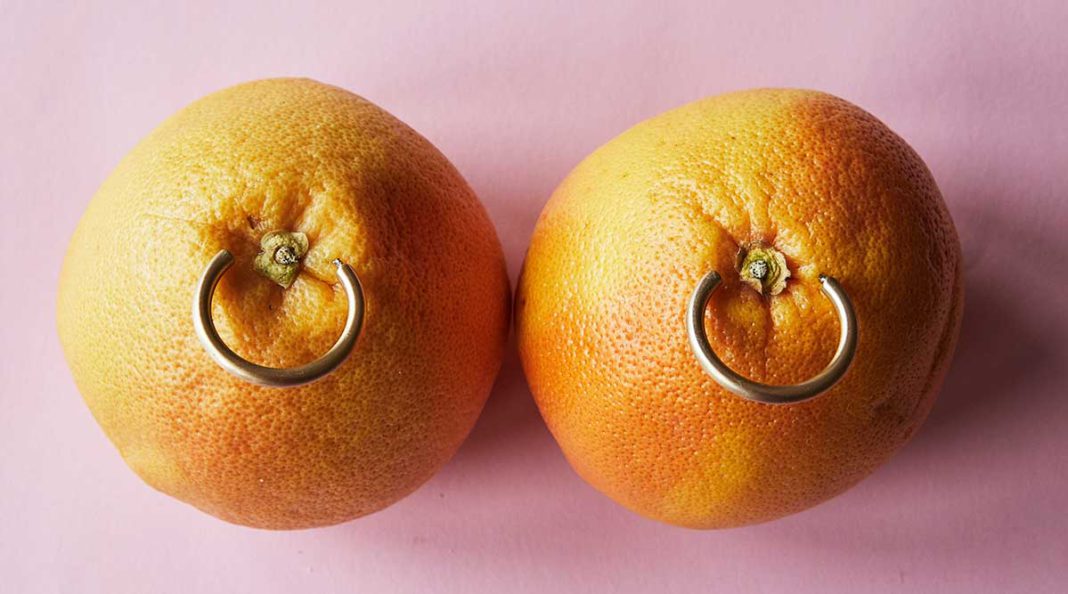 Did you know that nipplegasm is actually real? You must have been doubting it. Pareshan mat ho, even after being one of the most talked-about body parts, so much information about it is still in the murky lands of confusion.

Have you ever looked at your body in the mirror and asked yourself questions about your nipples? Why do they look like this? Are the bumps even normal?

Nipples have been at the centre of the sexualisation of the female body in TV ads and shows. Especially women’s breasts. The media has dictated the “ideal” image of these body parts and people can’t help but compare themselves to these concocted notions. Women usually know so little about their own intimate body parts. But let’s pop your bubble of “idealism” and tell you that nipples come in all shapes and sizes.

Here are 15 nipple facts that will seem weird (but are totally normal) but will help you clear all your misconceptions and #BeALittleMore educated about this body part.

If you know how to treat your nipples the right way, they can make you feel all sorts of good things! Many studies back this up. One study places your nipples right along female erogenous zones like the sensitive clitoris. Using MRI imaging, the same study discovered that when your nipples are stroked, the pleasure zone in the brain that lights up is the same one that lights up when your clitoris and cervix are stimulated. If this isn’t enough evidence to get you under the sheets, then what is!

Polythelia refers to the condition of having extra nipples on your body. They are also known as Supernumerary nipples. They range from three, four and seven! These nipples, which normally appear along the milk lines or on other regions of your body, never develop into actual breasts. Supernumerary nipples affect 1% to 5% of the population and are frequently mistaken for moles or markings.

3. No Nipples At All

Athelia is an uncommon genetic disorder characterised by the absence of one or both nipples. Although it’s very rare, it’s common among children who are diagnosed with Poland Syndrome and Ectodermal Dysplasia. Because the condition hinders the development of nipples in the womb, the affected person is born with only one or no nipples. Unless the sight of the missing nipple bothers you, you don’t need to worry about it. Breast reconstruction is the only way to treat athelia.

4. As Diverse As They Can Get

There’s no such thing as an “ideal nipple”. Nipples, like their close dost, the breasts, come in a variety of shapes, sizes, and colours. They might be flat or projecting in shape, pale to black in colour, and as small as a penny to as large as a ladybug. This is as diverse and normal as they get.

5. Nipple And Areola Are Not The Same

The small bumps that you have around your areola are known as Montgomery glands and they are very normal (so stop inspecting them). These glands produce oil to clean the nipple opening and prevent nipple chafing and cracking, which are common side-effects of breastfeeding. Although these bumps are very normal, you should definitely visit the doctor and get them checked, if they become inflamed or produce brown fluid.

7. Changes During Your Pregnancy

Your body undergoes several changes during this period, and changes in your nipple and breasts are also a part of it. According to a study, nipple length and width, as well as areola width, can all expand dramatically during pregnancy. According to another research, a nipple’s temperature rises after childbirth to guide a newborn’s cooler lips directly toward it. However, if you notice that your nipples have changed drastically, and you are not in fact pregnant, it is important that you visit your doctor.

One of the common misconceptions among people is that your breast milk comes out in a single stream from your nipple. Let’s just say that it is far from actual reality. In truth, there are normally four to twenty small milk ducts found on and around the nipple via which breast milk flows out.

9. Why Do Men Have Nipples?

Once an embryo has formed in mammals, it is possible for it to become either male or female. Nipples start developing in the early stages of gestation. The genes that shape the development of reproductive organs are not active until later. To put it clearly, breast tissue develops before the sex organs, which is why both men and women have them.

All sorts of body hair are normal! Even if you are a woman, hairy nipples are very normal. Hair follicles are the bumps you feel around your nipples. Thus, it’s only normal for hair to grow there. If these hair follicles become painful or irritating, you should see a doctor.

Sometimes your nipples can be inverted, meaning they’re pointing inward rather than outward. Shorter than typical milk-bearing channels in the breast lead to inverted nipples, which are rather common than you might think. This might cause the nipple to tuck inward or rest flat. They aren’t a health issue per se, but they can make breastfeeding more difficult. You can easily solve this problem with the help of a doctor.

12. Nipple Discharge Happens (Without Pregnancy Too!)

Nipple discharge is highly common. These discharges can be caused by everything from exercise and sexual arousal to friction and chafing. When hearing a baby cry, nursing mothers may inadvertently lose milk. Call your doctor if you observe a leak that occurs without any provocation or if you notice blood.

Sounds painful right? During the initial weeks of breastfeeding, you may experience nipple cracking. That and nipple chafing are also common among gym-goers. Your nipples might become red, itchy, or uncomfortable as a result of contact between them and a sports bra. Make sure you’re wearing the correct bra and, if necessary, use a barrier to protect your nipples. It is necessary that you consult your doctor if the soreness and agony persist.

14. Nipple Piercing Is Not That Cool!

Although it may seem all hip and trendy, piercing your nipples has been linked to an increased risk of a breast infection, according to a 2010 study. It can also cause rashes, oedema, and allergic responses in the ducts that supply milk for breastfeeding. Due to nerve injury, you may lose some, if not all, sensation in your nipples following piercing. So think again before getting a  nipple piercing.

15. Nipple Cancer Is A Possibility

Paget’s disease or also commonly known as nipple cancer is an uncommon disorder linked to breast cancer. It has an effect on your nipple and areola. Males can also be affected by this illness, although that is very rare. Doctors have some theories on what causes Paget’s disease of the breast, but they aren’t entirely sure. Cancer cells from a tumour inside the breast move through the milk ducts to the nipple and areola, according to the most widely accepted theory. This notion explains why males are so uncommonly affected by this disease.

Dekha na there’s more than meets the eye when it comes to your nipples? Do you know other weird but very much normal nipple facts? Then share them here in the comments below.