10 Popular Fairy Tales To Narrate To Your Kids 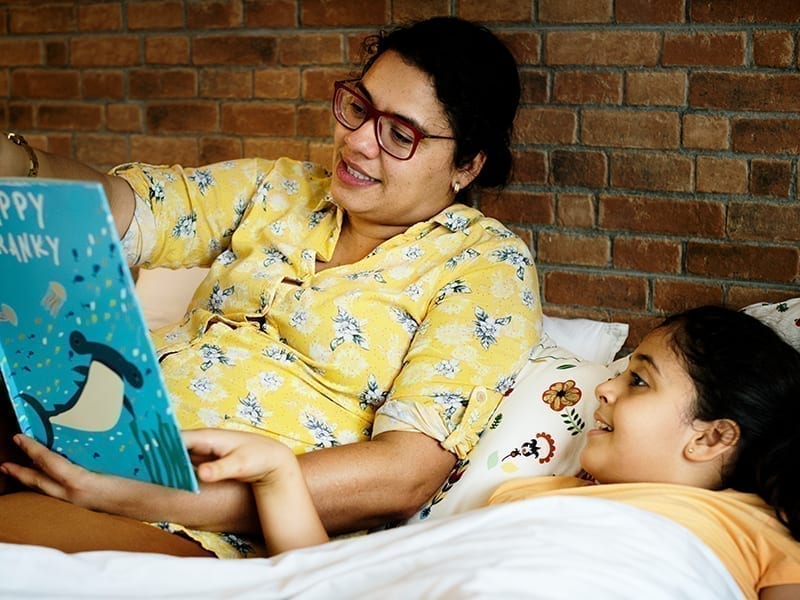 Children have a free mind that considers the imaginary to be real. And as for the fairy tales stories, there won’t be a single child who wouldn’t wish to be a part of the same. For them, it’s a medium to get lost in their dream wonderland, which is enchanting and interesting. They are highly attached to the princess story for kids. They are truly the innocent minds which, apart from expectations, get moral lessons, ideas, future plans, and an adventure.

Here are some classic stories amidst which will give you a way to connect and share a special bond of connection with your child, taking them to a majestic wonderland for a while.

One of the oldest fairy tale stories for kids, this shows the heart’s hunger and is a crime story. Here the characters, Hansel and Gretel, get abandoned in the forest by their wicked stepmother. The hungry children got captured by a cannibal witch, as they could not resist eating the real gingerbread cottage pieces. The heroic end is a magical tale of wits and bravery. Scholars believe the story to be inspired by Europe’s famine in the 14th century and has been retold in the South Indian version named Kadar and the Cannibals.

A classic princess story for kids where a hardworking girl lives her terrible life with her wicked stepmother and her sisters. But none can hide the good, and so, in the story, Cinderella, from the fairy godmother, gets a makeover to be at the ball. She gets the opportunity to attend the ball and meets the prince. The prince, all excited and charmed by her beauty, tracks her down, with one single lost glass slipper she drops off while running to catch up with the clock. Written in the 17th century by Charles Perrault, the story has been winning hearts for over 1000 years and has given the hope to every girl to meet the fairy godmother, at least once. It is the fantasy that would never leave the mind and has inspired countless modern retellings.

Moral: Have kindness towards all, forgive others for doing wrong, and never let bad things ruin your heart.

Doing an act of kindness, walking through the woods to deliver food to her sick grandmother, a little girl meets a wolf, who wishes her to be her food for the day. However, all see the courage of the Little Red Riding Hood here when she refuses the wolf and tells him that she is going to her grandmother’s place. The trick comes in when the wolf distracts her and recommends picking up some fresh flowers on the way. The wolf pretends to be the grandmother as Little Red Riding Hood arrives. This gripping tale is a must-read among the endless fairy tale stories for kids.

Sleeping Beauty is a classic among the popular princess bedtime stories. The story is about Princess Aurora, who got cursed by the evil witch. The witch cursed the kid to die by the spinning wheel spindle prick, just because the royals failed to invite the witch to the child’s christening. But goodness prevails, and one of the good fairies invited helped the child by putting a twist on the curse. So, now the princess would be pricked, but she wouldn’t die and would sleep for 100 years.

Moral: Even when evil interrupts, good intervenes with a soft blow to overcome the evil.

5. Snow White and the Seven Dwarfs

The ever-popular one among all the fairy tales stories, Snow White is an absolute favourite. The story is about an unfortunate princess and her evil step-mother who tries to end her life. Jealousy can be cruel and the evil queen is a reflection of this. A classic, this one is surely the most beloved of the fairy tales for kids. Snow White’s tale is a bedtime must-read.

Moral: Being kind and gentle will always win hearts.

If you want to recall one of the greatest fairy tales for kids, this tale is a perfect fit. It shares the story of a little duckling on the farm. Called ugly, bullied, and mistreated by all, until the day he tried running away. The journey is about self-love and self-acceptance, penned beautifully.

Moral: True beauty, it is all within. Search for personal identity rather than conforming to society’s norms

The story is about the king and his daughters, the youngest of whom would always play near the pond with her golden ball until the same fell in the pond. She met the kind frog who promised her to get the ball if she can allow him to be her playmate and do everything side by side, including staying with her. The princess agreed, and as promised, the frog returned the ball, but instead of keeping up to her end of the bargain, she ran away. The frog was smart, so reaching the kingdom asked the princess to keep her promise, and as the king heard of it, she ordered his daughter to keep up with the same.

Moral: It’s important to have dreams and believe, but your dreams won’t come true if you never do anything to push them along.

It is one of the most beloved fairy tales stories and the influential one. This is the story of a princess who is isolated in the tower by a wicked witch. The princess gets saved by the courage and her secret visitor, her prince. The handsome prince here shouts out to let down her golden hair. Before one would know, the prince and the princess get united as a perfect bliss, in a totally surprising way.

Moral: Nothing can stop the cycle of life.

This fairytale of Belle, a peasant girl is wonderfully written. She is beautiful, witty and courageous. As her father got prisoned by the Beast, she took his place, acting boldly. The situation did get uncomfortable as well as frightening, but then she got quite fond of the beast and started treating him with kindness.

Moral: Value inward characteristics such as kindness over other superficial qualities, such as wit and appearance.

This is a story of bravery about a mermaid who lived in the water with father and six sisters. She was little, but her dreams were big, and as time continued, she longed to be one of the humans. But the question was, how? It’s a gripping story of Ariel and her journey from water to land. In the end, just like all fairy stories, it was happily ever after, where the mermaid and prince get married and lead their life ahead.

Moral: Go after your dreams no matter how impossible they may seem.

Give your child a gift of wisdom and morality through these amazing stories. Your child will fall in love with the characters of these stories and get inspired. Let their little minds absorb the good qualities their favourite characters possess.

Buzz 46: 5 Patriotic Movies Released In The Last 5 Years You Need To Watch This Independence Day To Keep The Josh High!

Buzz 46: 5 Patriotic Movies Released In The Last 5 Years You Need To Watch This Independence Day To Keep The Josh High!