More
LifeFoodWhy An Indian Thali Is Among The Most Nutritious Meals In The... 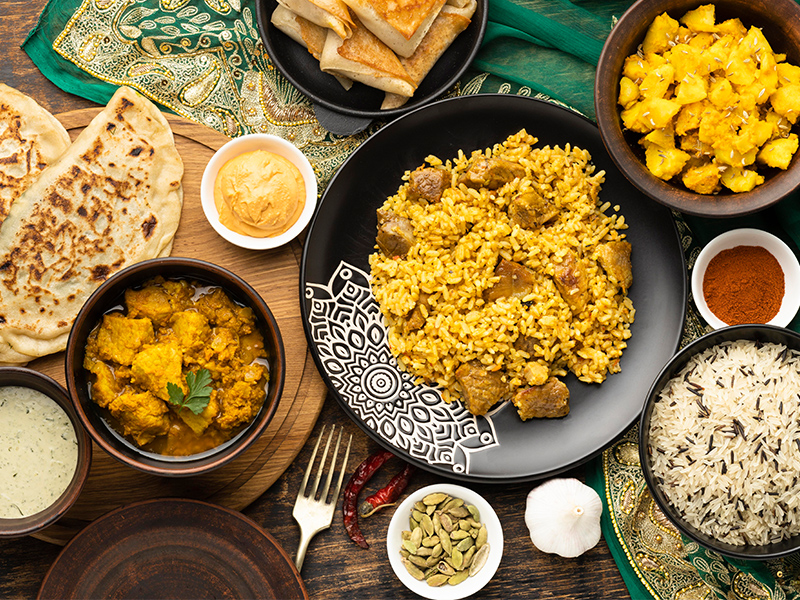 Indian cuisine is a perfect blend of a variety of dishes and ingredients, full of colour, taste and obviously, packed with nutrients. There is a variety of dishes coming from various parts of the country, be it south, north, east or west, one common custom that prevails is the ‘Indian thali’. Indian thali is a traditional plate, with about 10 various types of dishes that are accompanied by pickles, yoghurt and other condiments.

Thali is served during festivals, weddings and is an important part of India’s culture. The food served can range from a leaf to a silver platter, depending on which part of India you are in. But one common thing is that the food is highly nutritious, doesn’t matter what place it comes from.

TC46 connected with Senior Nutrition Therapist Minal Shah of Fortis Hospital, Mumbai to highlight the health benefits of an Indian thali, how it is prepared and why it is considered to be most nutritious.

1. The opportunities to include different rainbow coloured food in a thali are endless

The presence of a rainbow on the plate is due to the presence of different nutrients and phytochemicals, which makes the meal attractive and healthy.

The opportunities to include different coloured food in a thali are endless, making it appealing and equally nutritious.

2. There are different healthy components of a good thali

A traditional Indian thali offers different flavours like sweet, salty, bitter, sour, spicy, and astringent which is nutritionally balanced. Different regions have different versions of the thali, generally comprising traditional dishes and native specialities with local and seasonal ingredients. A thali includes a cereal preparation (rice, chapati, puri, bhakri), dal (dal or sambar or kadhi), vegetables (dry or curries), curd or raita or buttermilk, salad or kachumber, pickle or lemon, papad, chutney (sweet or spicy), followed by a dessert. A non-vegetarian thali will have an additional chicken dish or fish curry or mutton dish preparation.

3. All varieties of Indian thalis have native and region-specific delicacies

All varieties of Indian thalis have native and region-specific delicacies, influenced by their culture and history. Also, these dishes were made depending on their climate, work pattern, availability of ingredients and traditions.

All the variations North, South, East, and West are near equal as the components in terms of the food groups and nutrients composition are similar, the difference lies in the style of combining it and the preparations

4. The Indian thali has all the food groups combined

Food groups and different preparation or components of thali are as follows:

5. The requirement of macro and micronutrients are fulfilled in a thali

The requirement of macro and micronutrients are fulfilled in a thali provided the variations are modified according to the season. An Indian thali beautifully combines the carbohydrates, proteins, and fats in its food preparation like a very simple dal-khichdi to a complex dish as biryani or dal bati churma. The vegetable and fruit preparations take care of the rest of the micronutrients needed to meet the daily nutritional requirements.  Also, in a vegetarian meal, the combination of cereal pulse makes the second-class dal or pulse protein a complete protein, thus enriching the meal. Fluid requirements are also met in a thali by including liquids like buttermilk, masala milk, rasam, sol kadhi, lassi and more.

6. An Indian thali lunch is customisable

An Indian thali can very simply be made by including one or two servings of any cereal or Indian bread, one bowl of any dal, one or two vegetable preparations, a bowl of salad or kachumber, a bowl of curd or raita or buttermilk with healthy coriander (pudina chutney), lemon pieces, and a non-vegetarian dish or curry for a non-vegetarian meal. Other components like pickle and papad can be optional, as per individual requirements and medical history. Similarly, desserts can be included if made in a healthy manner as per the person’s medical history and nutritional requirements.

7. A healthy Indian dinner thali can be assembled at home

Okay, But What’s The Deal With Intimate Washes & Vaginal Hygiene Products? A Gynaec Weighs In