More
Buzz 46Buzz 46: This Pride Month, Learn The Alphabets Of The Spectrum

Buzz 46: This Pride Month, Learn The Alphabets Of The Spectrum 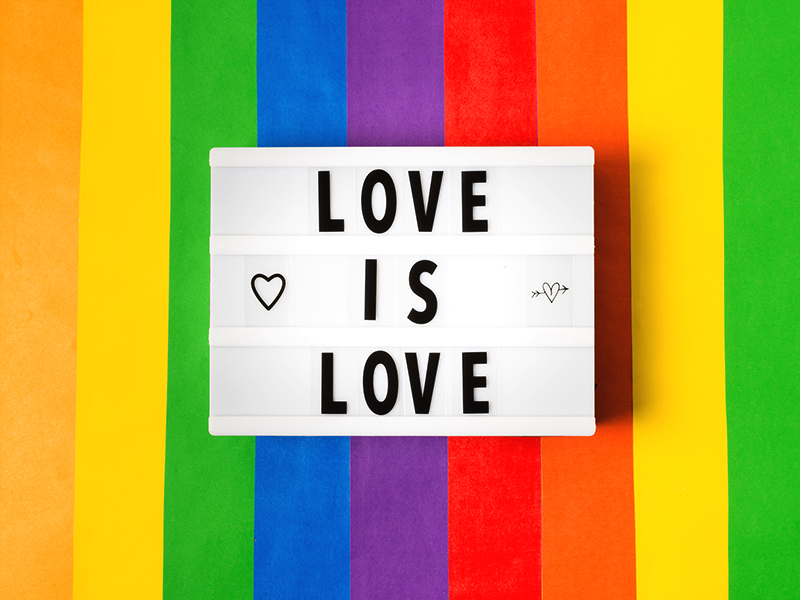 Earlier in the years, there were only four letters that were commonly used to group various sexual and gender minorities: L, G, B and T. And most of us are familiar with each of these minorities. But times have changed, and with time, previously marginalized sexual and gender identities have been reintroduced to the world. And the LGBT abbreviation has gained a few extra letters, and rightly so. It is currently LGBTQIA+. It is meant to be a unifying umbrella term, though each letter does represent a subset within the larger group.

Although it has adopted a few more identities around sexuality and gender, a lot of people are yet to learn, acknowledge and address them.

In this section of TC46, while celebrating Pride Month, we bring to you a list of what each alphabet of the LGBTQIA+ stands for.  However, if you notice, at the end of the acronym is a plus sign +, which is a denotation of everything on the gender and sexuality spectrum that letters and words can’t yet describe. It is fluid, inclusive and accepting. And just because each alphabet has a meaning or definition, it does not mean that your identity needs to tick all those boxes.

What Do The Letters LGBTQIA+ Mean?

Starting with the basics, L stands for Lesbian. It is a term for a woman who is romantically or/and physically attracted to another woman.

When the Supreme Court ruled in favour of humanity by unanimously decriminalising homosexuality, advocates Menaka Guruswamy and Arundhati Katju expressed that the 2018 win was not only a professional achievement but also a personal win. These and many from the community are shining examples of practising what you preach.

Award-winning filmmaker, editor and writer Apurva Asrani, who has worked on successful films like Aligarh and Citylights, is one of the few openly gay men in the Indian film industry. When section 377 was banned, Asrani took to the internet to post his happiness about the same.

The B in LGBTQIA+ stands for bisexual. People who identify as bisexual are sexually and/or emotionally attracted to both men and women. They like more than one gender identity.

Another famous film director, writer and producer Shonali Bose, who came out as bisexual, is known for her movies including Amu and Margarita with a Straw. Although a lack of formal education on homosexuality, Bose discovered her sexuality through a learning programme, when a classmate visited her college.

The T in the abbreviation stands for transgender. ‘Trans’ or ‘Trans+’ is an umbrella term for non-cisgender identities. This is a wide-ranging term and is used to describe someone whose gender identity or expression differs from the biological sex they were assigned at birth.

A popular and loved name in the transgender community is Akkai Padmashali. She is a founder-member of Ondede (meaning ‘convergence’ in Kannada), an organisation that aims to create awareness about sexuality, sexual diversity and the right to choose one’s sexual orientation.

Some insist that Q stands for Queer, while others believe it means ‘questioning.’ In the past, it was known as a derogatory term but today has been reclaimed by the community. Queer is often used as a broad term for anyone who is not straight and not cisgender. Cisgender people are those whose gender identity and expression matches the sex they were assigned at birth. Although some people proudly identify as queer, some LGBTIQA+ people still find the term offensive.

​​​​​​Questioning refers to someone questioning their sexual orientation and/or their gender identity so they are not quite sure how to identify themselves. ​​​​​​

One name that’s been carved with love and admiration in the world of drag is Alex Mathew, a proud queer cisgender man. His drag persona is Maya or Mayamma. He is an activist and engages in issues surrounding gender and feminism.

The I in LGBTQIA+ stands for ‘intersex.’ It is a term for someone born with biological sex characteristics that aren’t traditionally associated with male or female bodies. Intersexuality does not refer to sexual orientation or gender identity.

The A in LGBTQIA+ can stand for two different terms: Asexual and Ally. Individuals who identify as asexual do not experience sexual attraction or do not have an interest in or desire for sex. People of different sexual orientations and gender identities can be asexual. They are not to be confused with “aromantic people,” who experience little or no romantic attraction. Asexual people do not always identify as aromantic; aromantic people do not always identify as asexual. Most asexual people identify with having romantic feelings rather than sexual feeling towards the other.

Many Indians consider asexuality as a fancy term for being prudish or celibate, rather than accepting it as a sexual orientation. A few asexual characters in popular television shows would include Sherlock Holmes and Jughead Jones from Archies.

Demisexuality is a part and falls under the asexuality spectrum. It is a term that refers to someone that does not experience sexual attraction unless they have formed a strong connection with someone. It usually is an emotional one, not necessarily a romantic, connection.

Greysexual is another part that falls under the asexuality spectrum. It is generally used to identify when a person occasionally experiences sexual attraction but usually does not. It covers a kind of grey area between asexuality and sexual identity.

The P is not ‘plus’ but falls under the umbrella term of LGBTQIA+. P stands for Pansexual, who is someone who is attracted to people of all gender identities. They are attracted to the person rather than their sexual or gender orientation. This does not mean that they are bisexual, in the term ‘pan’ means all.

It is a common misunderstanding that everyone, even the transgender community identify as either male or female. But some people don’t. Nonbinary is a term used by people who identify as neither male nor female and sees themselves outside the gender binary.

Going back to the beginning, gender and sexuality is fluid. It is inclusive of identities. What initially started as four letters, today is an umbrella term for many gender identities and sexuality. The plus sign + is not just a mathematical symbol. It is a wider sign of inclusion and acceptance for all experiences.

Love Bombing Kya Hai? 10 Warning Signs Your Partner Is Doing This To You

Buzz 46: 5 Ways To Deal With Digital Eye Strain Caused During The Lockdown