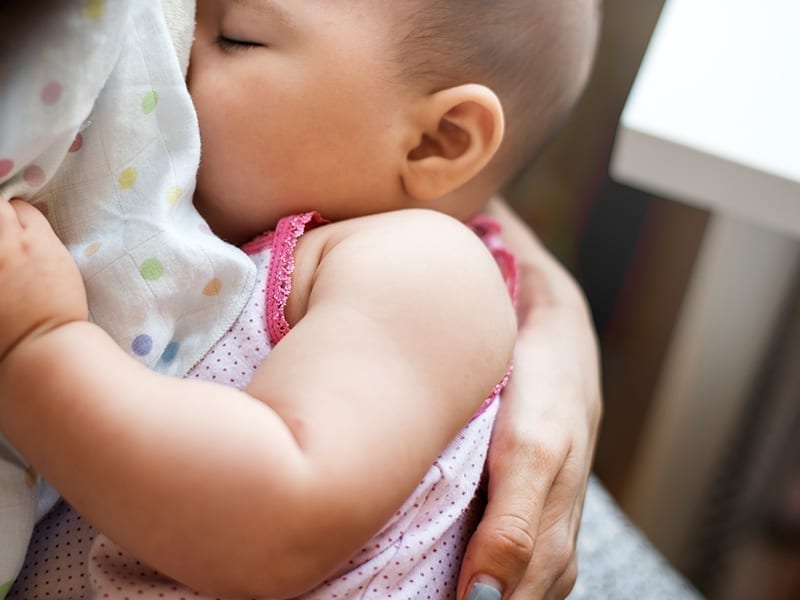 Being a mommy is not easy and right from the time you convey the good news that you’re pregnant, everyone around you seems to have advice on your pregnancy, diet, childbirth, breastfeeding, and so much more. This can leave a mommy-to-be or a new mommy very confused and often, stuck with misinformation. Life can get pretty bewildering after the birth of your child, especially while you’re still recovering from your delivery and emotions are all over the place.

With so many old wives’ tales and myths surrounding breastfeeding passed from one generation to the other, TC46 got in touch with Certified Lactation Consultant Arushi Agrawal, who debunks 10 common misconceptions about breastfeeding.

Human babies are born to be held. We are categorized in carrying mammals i.e. mammals whose babies need to be held all the time as they are most immature at birth. They are carried constantly by the mother and they are fed milk frequently around the clock and hence babies are supposed to be fed on demand and not by the clock. Babies being clingy to their mothers is a natural phenomenon and has nothing to do with if they are formula-fed or breastfed. The more the baby is close to the mother the more stable they are in terms of their body temperature, heart rate and respiration. So this for all you new moms that don’t be afraid to hold your baby as much as you want as “ Too much love has never spoilt anyone”

Myth: Formula-fed babies tend to sleep for a longer period of time

This is one major reason why mothers give formula to their babies just before they turn in for the night but new research states that there is no difference in the sleep pattern of breastfed and formula-fed children. Formula milk is very difficult to digest hence the baby is able to sustain longer but that does not mean he sleeps better. Here we can draw a parallel between eating healthy fruits and salads vs eating junk food. Junk food makes us feel lethargic and drowsy. On the contrary fruits and salads digest faster and we feel hungry in a much less time and we all know what is better for our body!

The size of the breast has no correlation with the amount of milk a mother can produce. Milk is made based on the science of demand and supply. The more milk is removed, the more milk is made. The only advantage a large breast mother has is that a large breast can store more milk hence the duration between the feeds might be longer. Women with small breasts might have to feed their babies more frequently throughout the day. Most mothers produce more than the required quantity for their babies hence the biggest deciding factor is a “ mother’s determination” to feed their babies.

Whatever the mother eats a part of that does enter the milk in form of taste, flavour, etc. Every child reacts differently to the food the mother eats. Thus it is always advised to eat everything in moderation and see its effect on the baby. Going with an elimination diet works best. Also eating right is more important for the mother than for the baby. A mother is going through a lot of changes in her body post-delivery, therefore she needs to take care of her diet especially for her gut so that she remains healthy.

Myth: Mothers who have had breast surgery before won’t be able to make breast milk at all

This is an important factor which we need to assess when we take the history of the mother. Breast is innervated with nerves which are very important to relay information to the brain to release hormones. These hormones are important for the production and release of milk. Hence, the nature of the surgery is very important to understand if any damage is done to these nerves as it will affect the mother’s capability to breastfeed.

Also, the other important factor is how long back the surgery was done as time too, plays a crucial role in recanalization of the nerves. Thus summarizing the above, not all breast surgeries lead to insufficient milk production but it’s important to tell your lactation consultant about the same.

Myth: Babies can be allergic to a nursing mother’s breast milk

No, babies are ever allergic breast milk but they can be allergic to a specific protein in the milk which was ingested by the mother. Cow’s milk and milk products, peanuts, shellfish, tree nuts, wheat and soy are some common allergens. If the mother eats this, a specific protein enters the milk which can cause irritation in the baby’s gut or a skin allergy! But not all kids are allergic to these foods. Hence every mother should eat these foods in moderation and see its effect on its baby. If you have a history of allergy in the family then its recommended to avoid these foods.

At the macro level, ie. in terms of percentage of fat, carbohydrate, protein and water, they all remain the same in all mother’s breast milk. So whether a mother has diabetes, hypertension or any such disease does not affect the composition of the milk. On the contrary, it’s more important for mothers with diabetes and hypertension to feed their baby as breastfeeding helps mothers stabilize their sugar level and they are less prone to postpartum depression. Also breastfeeding the baby reduces the risk of diabetes in babies at a later stage.

Myth: Mothers gain a lot of weight due to breastfeeding

Nature has beautifully designed the process of pregnancy and breastfeeding after delivery. The weight that the mother puts on during pregnancy is stored as fat in the mother’s body. These fat stores are later used to make milk for the baby. Hence, it’s a myth that breastfeeding causes weight gain. Rather it naturally helps in losing weight but it’s mostly evident 6 months after birth. If a mother loses more than 1 pound a week then it affects the milk supply. Hence mothers should start with moderate exercise and eat a balanced diet and should not be in a rush to go back to their pre-pregnancy size.

Myth: Breastfeeding should be discontinued if a mother catches a cold or a fever

When a mother is sick the body makes antibodies to fight the infection and these antibodies are transferred to the baby through breastmilk. This is called passive immunity. Hence it’s all the more important that a mother feeds her child when she is down with fever or cold as they are helping boost their child’s immunity and further safeguarding them from these diseases.

It is always advised that the mother feeds her baby equally from both the breasts so that there is no marked difference in the size. Breastfeeding does not make breasts sag. Breast size increases during pregnancy and postpartum to prepare itself to lactate, but once the milk supply is established, the breast starts reducing to its pre-pregnancy size. Hence, it’s not breastfeeding but wrong bra size or wrong feeding habits that make breasts sag.

Disclaimer: This is for the general information of the readers. For specific health concerns or breastfeeding issues, kindly get in touch with a consultant.

Budget Shopper: 5 Brands To Check Out If The Shein Banning Left A Hole In Your Closet

Give Your Room An Instant Makeover With These Easy & Affordable Ideas