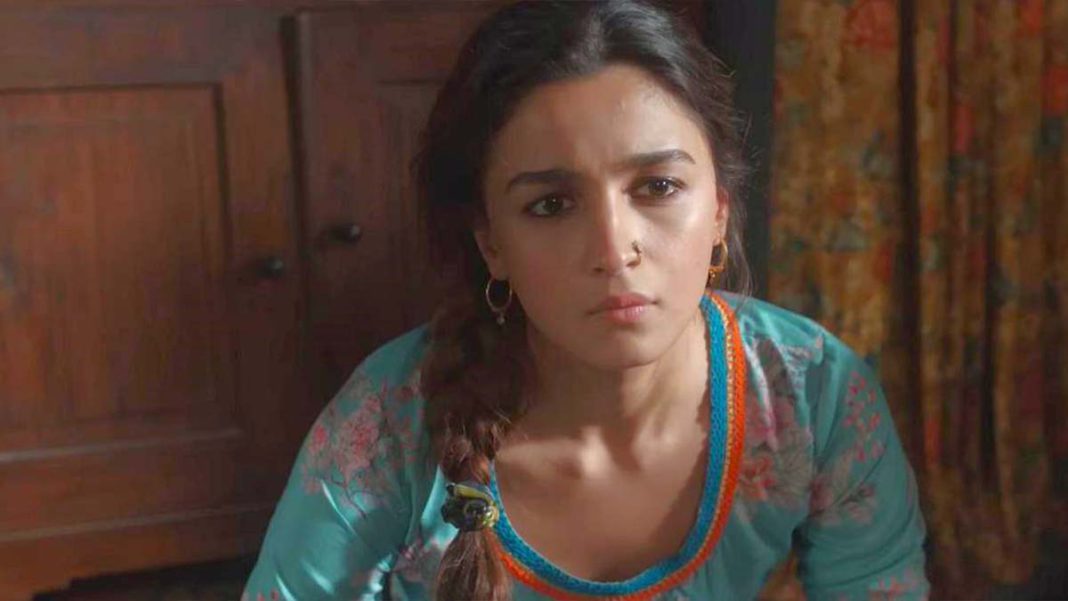 The last couple of years has seen the rise of relatively progressive, female-centric content. One such film is the recent, much-talked-about Darlings, starring Alia Bhatt and Shefali Shah. Other than the stellar performances by the lead actors, what stands out in the film is the overarching theme of abuse and domestic violence that many women have to face in real life, almost on a daily basis.

Here are 5 takeaways from the film:

1. Abusers may not necessarily look evil, but that doesn’t make them good

In the film, Alia Bhatt’s husband looked like the average Mumbai middle-class man. Simple, sober, and dealing with the daily pressures of his job. At first glance, no one would believe that this was the same man who threw his wife down the stairs when she was pregnant. And that’s what a lot of women fall for – assuming that just because the abuser looks, talks and behaves like a regular person, he isn’t really ‘bad’.

2. No abuse should be tolerated. Especially if the abuser apologises and repeats the same act. Again.

In the film, Alia’s husband beats her up daily (even the neighbourhood knows that this is a routine act in their household). And then apologises to her the next morning, with the excuse that he had ‘drunk a little too much last night’. And she forgives him. Only to realise that he does the same thing to her day after day, especially when he is frustrated – treating his wife as a personal punching bag.

Many women are convinced by other women to forgive their abusers, because ‘women have a bigger heart.’ and ‘All husbands do this’. But abuse is abuse. Whether it happens once, or a hundred times. And in many cases, forgiving the abuser is allowing them to abuse you further.

3. Women MUST stand up for other women

Watching her daughter get mercilessly treated by her son-in-law – Shefali Shah decides to stand by her daughter as she teaches her husband a lesson. She could have been the typical ‘ladki ki maa’ who advises her daughter to put makeup on her bruises and continue with her life, because ‘beta, after all he’s your husband. Thoda maar diya toh kya hua?’ But considering she has been through similar abuse in her younger days, she refuses to let her daughter undergo the same treatment.

Absolutely loved the spirit of sisterhood demonstrated in the movie. Instead of making excuses, or advising other women to silently suffer, women must stand up for other women. Especially where abuse is concerned.

4. No relationship is worth saving if there is abuse involved

Alia Bhatt’s Badru is the typical middle-class woman who according to society, does everything a dutiful wife must do – from cooking her husband’s favourite dishes to seducing him with sexy lingerie. And what she also does is cover up for her husband when her own mother notices her bruise marks. Because women have been taught for years that ‘apna ghar bachana’ is more important than their own respect and safety. That we must stay in unhappy relationships because we will not be treated well by society if we get divorced or walk away from abusive relationships.

As shown in the film, Badru puts up with the torture, until the death of her child caused by her husband’s violent behaviour forces her to take a stand and leave him.

Often women are asked to sacrifice their happiness for the greater good. As was the case with Badru in the film. She put her dreams of having a baby and wanting to live in a re-developed building as compared to the chawl they were living in – only because her husband didn’t want it. Until she realised that he didn’t care about her happiness – all that mattered to him was his own ego and insecurity. And she decided to take a stand, by putting an end to her life of suffering and misery by taking a hard step.

For a generation that’s grown up in households where mothers watched saas-bahu soaps constantly reminding women to be the golden standard of sanskaar, films like Darlings are a refreshing, relatable break.

Baby Blues: How To Deal With Postpartum Depression

What Is the Right Time For Women to Conceive? A Reproductive Medicine Specialist Explains It All