Buzz 46: 9 Iconic Bollywood Dads That Live In Our Heads Rent-Free 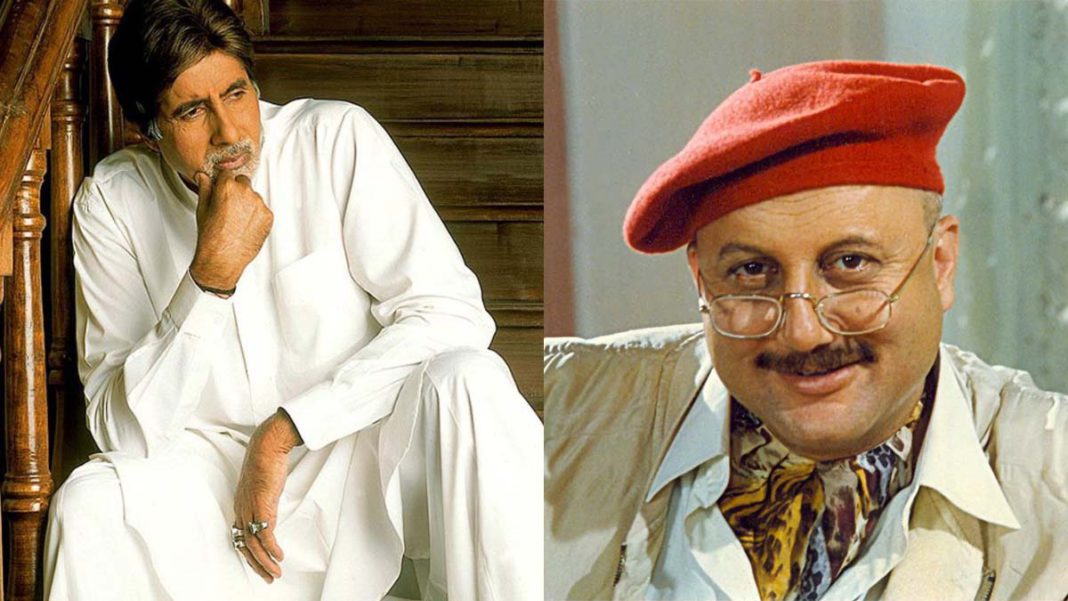 Movies are a reflection of the society that we live in and are reminiscent of their times. We tend to get inspired from movies and replicate certain behaviour in real life, consciously or sub-consciously. Similarly, movies too take inspiration from real-life scenarios. What Hindi movies have done over the years is leave a glossary of iconic dad roles that have left an indelible impression in our minds. These dads have either been a mirror of most fathers of their times or have been ahead of their times, leaving an example for others to follow.

As we approach Father’s Day (19th June), here are 9 iconic Bollywood dads across decades that we simply cannot forget.

Amrish Puri’s character in this movie is synonymous with “Ja Simran ja, jee le apni zindagi”. The evergreen-ness of this dialogue cuts across generations. No wonder, we still find it in every other meme even to this day. Baldev Singh represents the typical kharoos dad, who’s got no chill. He belongs to the brands of fathers that believe that being excessively strict with the children is the only way to instil discipline in them and make them respect him. Despite all the strict usools he stood up for throughout the movie, he lets go in the end and allows her daughter to follow her heart for the sake of her happiness.

An entire generation grew up watching the quintessential Babuji, played by none other than Alok Nath. There were no Rajshri movies that were complete without him playing the role of Babuji. The flagbearer of sanskaar, Babuji achieved an iconic status immediately, something that stays with us even till this day. As a result, he still features in innumerable memes that we come across on social media. He was a mild natured father of a jovial nature, but couldn’t have enough of lecturing on the importance of respecting, upholding and abiding by our bharatiya tradition, culture, and heritage.

Unquestionably one of the rare cool dads, especially in 90s Hindi cinema, Dharamvir Malhotra was a friend to his son. He perhaps stood for all the qualities that the kids of strict dads always wished to see in their father. For that decade, the character was a breath of fresh air. He was one with whom his kid could discuss just about everything under the sun – happiness, sadness, doubts, queries, friends, love life, dreams, et al. We cannot thank Dharamvir Malhotra enough for standing apart from the typical dads of his times and setting an example for an entire young generation with respect to how dads could be like.

Yet another trendsetter dad of his generation, Rahul Khanna led by example. He was a single dad at a time when the concept was still unheard of in India. Not that he was a single dad by choice, he was rather a windower. But he played the role of a single parent to the T. When several others could have chosen to get married again so that the daughter has a mother, this dad decided to play the dual role of a dad and a mom all by himself. And kudos to him for that! What did his daughter, Anjali, get in return? A doting dad who gave his all to this father-daughter relationship.

The list remains incomplete without the mention of Raj Malhotra from Baghban, by far the all-time favourite movie of our parents. Amitabh Bachchan portrays the role of a father of five insensitive children, who endlessly biker among themselves about whose turn it is to take care of their ageing parents. They suddenly hit upon a bizarre idea of looking after one parent at a time, in turns. As the parents get separated after years of making a home together, the movie focuses on the myriad of emotions that they experience as a result. However, Big B hits the nail right in the head through his emotionally-potent monologue at the end of the movie.

Amitabh Bachchan essayed the role of an archetypal bong father obsessed with his errant bowel movements and has something to complain about pretty much everything. His daily bowel movements stubbornly occupy the centre of his universe and seems to be as confused as almost all other aspects of his life. The food being too savoury, the weather being too chilly for his liking, just to mention a few instances. Amidst his multiple visits to the washroom every now and then to achieve a satisfactory poop session, this movie portrayed how fathers can get on their children’s nerves at times, but still remain loving and endearing. Another thing that we can totally relate to is their ability to emotionally blackmail us to get what they want but  never step back on extending their unwavering support when we really need it.

Mahavir Singh Phogat stood out of the crowd for being ahead of his times. In a remote village, girls choosing to learn wrestling, which is supposedly a sport for males, over household chores was no less than a taboo. It meant ladko ke saath uthna baithna, which is still a strict no-no in rural India. If that is not all, ladko jaisa baal comes as a shocker, challenging the very tradition and culture that the regressive society is built on. It questions gender roles. And to be the backbone and mentor of such girls is no mean feat. But Mahavir Singh Phogat does just that and with his head held high, without giving in to the unbearable pressures of society.

In a classic case of role reversal between real and reel, the real-life dad Amitabh Bachchan portrays the role of the son to real-life son Abhishek Bachchan. You ask why? For those who aren’t aware or have forgotten about it, the son in the movie Auro has been diagnosed with a rare genetic disorder called progeria that reverses the process of ageing. So the son in the movie ends up looking like an old dad. Abhishek Bachchan plays the role of doting dad, emoting the intense emotions like a pro, after this well-kept secret is revealed to him.

Raj Batra, played by the late actor Irrfan Khan, is an example of an evolved new-gen dad – distinctly different from the fathers of the previous generation. While the 90s Bollywood dads were usually kathod from the outside as much as being a real softie from the inside, the new-age dads are soft hearted inside and out. And the present gen are not afraid or insecure to show that, which makes them #BeALittleMore approachable to their children. However, what remains constant between the dads of the two generations are their uncompromised love for the family, especially the welfare of the children. So much so that they can go to any extent to arrange for what the children need. And Raj Batra does just that. With unwavering support from his wife, he manages to get his daughter admitted to an English-medium school, despite not being educated in the language himself.

The above list mentions just a few instances of how dads in Hindi movies have left an impression. What are instances can you think of?

Surprise Your Loved Ones With Innovative Handmade Gifts This Diwali