Fathers and daughters share a unique bond. The contributions of the wonderful fathers and father figures who are loving, raising are celebrated every year on Father’s Day. A father’s role is truly irreplaceable, and a strong father-child bond has tremendous benefits that are long-lasting. While it’s easy to imagine a father playing catch with his son or the two of them enjoying a sports game together, the father-daughter relationship holds a special place.

And one mode of entertainment that has this fact figured out is cinema. International movies like Father of the Bride, Jersey Girl, Definitely, Maybe and the upcoming Fatherhood have all showcased different shades of the father-daughter relationship in mesmerizing ways. Bollywood isn’t far behind with its long list of movies that brilliantly showcase beautiful father-daughter relationships. So grab some snack from the Red Dot Shop here and make the weekend a movie marathon of these 10 fantastic movies perfect for Father’s Day.

10 Hindi Movies About The Father-Daughter Bond

A crowd-favourite is Piku that shone a light on the eccentric family of an ailing, single father and his daughter. Bhashkor is an educated, opinionated man whose daughter lives with him, a daughter who is perhaps even more headstrong than he is. Amazingly, he not only respects her for who she is, but he also nurtures and encourages the traits of independence, equality and no-nonsense in her. Bhaskor is portrayed brilliantly by Amitabh Bachchan and the strong star cast of Deepika Padukone and Irrfan Khan make it a must-watch.

Piku presents a very realistic view of a typical Indian family. The scene where Bhashkor nonchalantly talks about his daughter’s virginity before a prospective match is unmatchable. The fact that he always seemed aware that his daughter and her boss/friend Syed shared a kind of no-strings-attached relationship is funny. But most importantly, as a father, he respected her privacy. He makes sure everyone knew that women aren’t just for marriage, and should have a purpose in life. A great life lesson in this day and age for sure!

Gunjan Saxena wants to fly. Her mother doesn’t think it’s wise and her brother is critical of her lofty choice. Though her father lacks the money she needs to pursue her dream, he makes up for it with abundant motivation and a cheery disposition. And no one else could have played the role better than Pankaj Tripathi, the father who is considerate and conscious that a woman always has it harder.

The best scenes in the film are the exchanges between Gunjan (Janhvi Kapoor) and her father, a retired army man, who gulps down glasses of karela juice in solidarity with his daughter who has to lose weight to crack the exam for the IAF and wakes up late at night to give her the pep talk she needs. If your father is someone who supports you through your toughest times, this movie is made for you.

Based on the true story of the Phogat family, Dangal was received extremely well by the audience. Aamir Khan plays the central role of Mahavir Singh Phogat, a wrestler who trains his daughters Geeta (Fatima Sana Shaikh) and Babita (Sanya Malhotra) to become India’s top wrestlers. With one single dialogue, “Hamari chhoriyaan chhoron se kam hain ke?“, the movie gained massive popularity and rightly so.

Not just does the film explore the emotional relationship but has a strong message too. The movie shows the growth in the relationship with every problem they faced. It perfectly showcases how the encouragement and support of a father can make you come out of your comfort zone and do something which you never even dreamt of.

Picture this, it’s the late 90s, you are dressed up in your best, samosa in one hand and cola in the other. It’s showtime and you are at the movie theatre, ready to watch the blockbuster Chachi 420. This movie has managed to hold mass appeal even after decades. Chachi 420, by Kamal Hassan, was a film about a divorced dad’s longing to be around his daughter and in turn, present a hilarious laugh-riot.

It showed how a dad will go to any lengths to be with his child and the unconditional love a father has for his kids. The witty humour makes the movie a fun ride and the star cast of Tabu, Amrish Puri, Om Puri, Paresh Rawal and Fatima Sana Shaikh create an unforgettable cinematic experience.

Sanjay Leela Bhansali’s directorial debut beautifully explores the bond between a mute father and a normal kid. The film really touches you when Nana Patkar tries to revive his daughter in a coma by a moving ‘mute’ speech. Nana Patekar’s breathtaking performance as a deaf-mute man won many hearts with this movie.

The music is unmatchable and so are the performances by Manisha Koirala and Seema Biswas. Manisha Koirala’s portrayal of Annie, a caring daughter of a deaf-mute couple, was critically praised and is regarded as one of her finest performances to date. This story of a unique family touches the heart and soul, making it a must-watch.

Rahul’s love for his daughter, who lost her mother at birth, is evident in all he does for her. From trying and failing miserably to discipline her to following her to the summer camp, this father won hearts. This jodi of a lost father and witty matchmaker daughter is fun to watch.

This story of an unwed, pregnant teenager boosted Preity Zinta’s career. It follows the journey of bubbly Priya Bakshi, who is loved and supported by all her family, especially her father (Anupam Kher). Once she finds out that she is pregnant, her family supports her decision to keep the child.

The representation of a father’s emotions during the situation is so accurately portrayed by Kher that it gives hope for society to be open about pre-marital sex. With a strong message of unconditional love, the importance of supporting your family and the acceptance of what is considered taboo, this movies makes it to this list for good reasons.

Irrfan Khan’s Angrezi Medium is an emotional story packed with powerful performances. Champak Bansal (Irrfan) is a simple, small-town businessman – one of the owner’s of Ghasitaram sweet shop chain – who’s leading a comfortable life with his teenage daughter, Tarika (Radhika Madan). As a single father, he takes the best care of his daughter, who means the world to him.

Tarika has big dreams – of graduating from a recognised university in London. And to make that dream come true, Champak gives in to his daughter’s wishes. But things start to spiral out of control financially and what follows is a tale of a dedicated father who vows to do whatever it takes to send his daughter to study abroad. This movie brilliantly showcases a father’s journey of treading on a path that not only proves his unconditional love for his ‘betiya‘ but also redefines their relationship.

Parents are the epitome of unconditional love and acceptance for their children. And yet, even today, the LGBTQ+ community struggles to receive this love and support. This movie deals with a closet lesbian coming to terms with her sexuality and her conservative but rambunctious family.

Sonam Kapoor is a motherless child, which is reflected in her teenage years when she needed a mother to understand the emotional changes she was undergoing. Her diary is her best friend and she writes down the trials and tribulations she’s been undergoing for years in it. The first half of the film is a joyride while the second half has Anil Kapoor, proud and understanding, hugging his daughter, releasing her from the closet she has locked herself in for all the years.

In another case of putting a daughter’s desires over their own, father Paresh Rawal in R. Balki’s Cheeni Kum finally agrees to let his daughter, played by Tabu, marry a significantly older man. A sensitive subject of love that crosses ages is not an easily digestible fact for most Indian parents.

The peace-loving, Gandhian father Paresh Rawal takes his time to adjust to his daughter’s boyfriend because he can’t deal with the fact that the boyfriend is actually older than him. He even indulges in a “satyagraha“, but all’s well that eventually ends well. The elite star cast of the movie makes it a delightful watch.

The father-daughter relationship is a complex one, and all the more so given that it has perhaps been explored less than other familial relationships. The recognition that fathers play such an important role is a relatively recent development. A father’s love and support can change a daughter’s life for the better. These 10 movies truly showcase each and every shade of this beautiful bond and this is the perfect watch-list for the weekend!

10 Early Signs You’ve Met The One 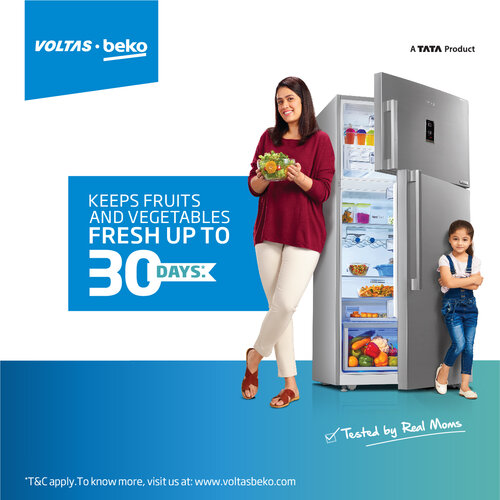