Buzz 46: Portrayal Of Societal Hypocrisy Against The LGBTQIA+ Community In Badhaai Do (& 3 Other Bollywood Movies) 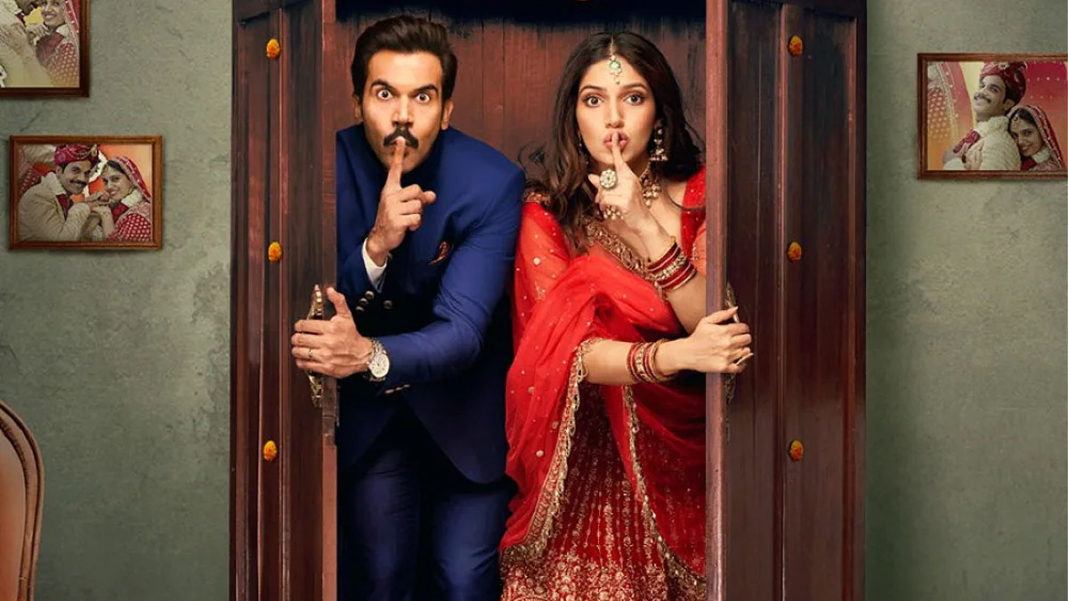 When it comes to the big screen, the relationship between same-sex couples is inevitably portrayed as something comical or with an element of homophobia and fear-mongering. Bollywood, in the past, has literally doubled down on this narrative, showcasing presumed stereotypes of an extremely effeminate and extremely butch same-sex couple in the most grating manner.

But when the movie Badhaai Do hit OTT platform Netflix this weekend, the average Indian family found the movie on their most trending and most popular watchlist in India. Is the khandaan ready for a movie like Badhaai Do? One that isn’t there to tickle your funny bone at the expense of the gay and lesbian main leads but actually, is trying to make you feel empathy for them and how they have to live double lives in order to fit into society?

Today, we’re discussing Badhaai Do and three other Bollywood movies from the LGBTQ community point-of-view.

Jhilmil, Sumi’s (Bhumi Pednekar) girlfriend hits the nail on the head when she says that society paints them as perverts. She rues that her parents have severed all contact with her when she divulged the truth about her sexuality with honesty. She had expected them to be accepting of her because that’s what people hope from their families.

Hope, or the lack of it, is a recurrent theme in the movie. Sumi, after being caught in the act by her saas, tells her father that his support meant the world to him, even if her mother and brother stood against her. On urging him to say something, her father finally breaks the silence of her emotionally-potent monologue, saying humein hi kyun hona tha? Thus, despite sharing a very close endearing bond with his daughter, he laments why this had to happen in their family—because we’re all progressive when it’s someone else’s child, but are we as broad-minded when it’s our own?

In contrast, Sumi’s husband-of-convenience, Shardul (Rajkumar Rao), had lost all hopes of being accepted by society and his rather conservative, caste-ridden family in particular. Hence, he never made an effort to come out of the closet. Despite being a cop, a position that wields a certain degree of power in society, he is rendered powerless because of the sexuality that nature has conferred upon him—a decision that is completely out of his hands.

After Sumi’s well-kept secret is out in the open, Shardul requests her not to divulge his own. And yet he finds catharsis in opening up to his family about it. His family’s grossly judgmental thoughts about Sumi eggs him to come out in the open. While two of his family members stage a walk-out, the rest of his family sit in eerie silence. Only his mother accepts him wholeheartedly just as he is and with ‘pride’.

Badhaai Do attracts the attention of the audience to another crucial subject – the lack of a gay couple’s legal right to adopt. The Indian Penal Code extends the right to adopt to couples and to even single individuals. However, unfortunately, it is yet to confer the same right to people of the LGBTQ community. Sumi talks about her love for children to her girlfriend and plans to relocate abroad, for the sole purpose of being able to adopt. That’s where Sumi and Shardul’s legally wedded status enables them to adopt, making them not want to opt for a divorce from their lavender marriage of convenience.

Manu (Ayushmann Khurrana) and Maanvi (Vaani Kapoor) are in a relationship and everything is hunky-dory until disaster hits their paradise. In a sudden turn of events, Maanvi’s past catches up with her. Maanvi was born Manu, a transgender who was a boy from the outside but identified as a girl from within. The uninformed Manu just can’t get over the fact that this girl he had been intimate with was once a boy. He cries foul, and can’t stand the sight of the person he once loved and considered beautiful. In the movie, you feel equal empathy for both characters. For Maanvi, who is proud of her journey and has complete acceptance of her new body, but also for Manu, who has never known better—so much so, that he doesn’t know the difference between a transgender woman and a eunuch. After a flurry of endless Bollywood drama and Manu’s journey of awareness and acceptance, the couple finds their way back to each other.

The problem with Bollywood movies that make an effort to champion the cause of the LGBTQ community is that it becomes a farce, thus diluting the graveness of the subject matter completely. Shubh Mangal…turns out to be one such movie. Aman (Jitendra Kumar) and Kartik (Ayushmann Khurrana yet again) fall in love and are met with opposition from the former’s family. Pandemonium follows suit until Aman’s family understands him and gives in to their relationship, a la typical happy Bollywood ending. What the narrative lacks is a mature treatment of same sex relationships rather than make a mockery of the couple’s personal relationship choices. Apparently, in doing so, the movie panders to the audience who lack awareness about same sex relationships being a reality. And, there, the movie loses the plot and the effort to sensitise the audience about the LGBTQIA community.

Sharing a story of a lesbian couple, Radha (Shabana Azmi) and Sita (Nandita Das), the movie takes inspiration from Ismat Chugtai’s novel, Lihaaf (The Quilt). The romantic drama harps on the condemnation faced by the lovers once their reality is revealed. The lovers Ashok and Jatin’s hypocrisy comes through when they deprive their wives of love for their own selfish motives but are irked by their wives’ decision to find solace and belong to each other. When Ashok confronts his wife, Radha, her saree accidentally catches fire. Ashok sees his wife burn and refuses to react out of anger. Radha douses the fire and unites with Sita.

Different people, different opinions. And that’s how it should be. But sometimes it is necessary to evolve as a society because change is the only constant. It is also essential to see everyone as equal, by individuals and by law, just as nature treats you. It’s time that you learn more, grow more, do more, and be a little more informed about the LGBTQIA community. We need to normalise alternate sexualities and create awareness in as realistic a manner as possible. It is the only way to sensitise people and create empathy for individuals from the community. The time for hushing it up is long over because there’s nothing to be ashamed of in talking about it and giving them the much-needed support. To people of the Pride Community, whether you are closeted or have managed to reveal your true self, just be.

Disclaimer: The article is a take on how society perceives the LGBTQIA community and the widespread homophobia. The intention is not to hurt sentiments.

Self-Starter: Archana Dhankar Gets Candid About The Struggle & Hustle Of Being A Content Creator 

Video: 5 Classic Accessories That You Must Have In Your Wardrobe