More
LifeRelationships10 Classic Romantic Movies You Can Watch With Your Partner This Valentine’s...
Advertisement 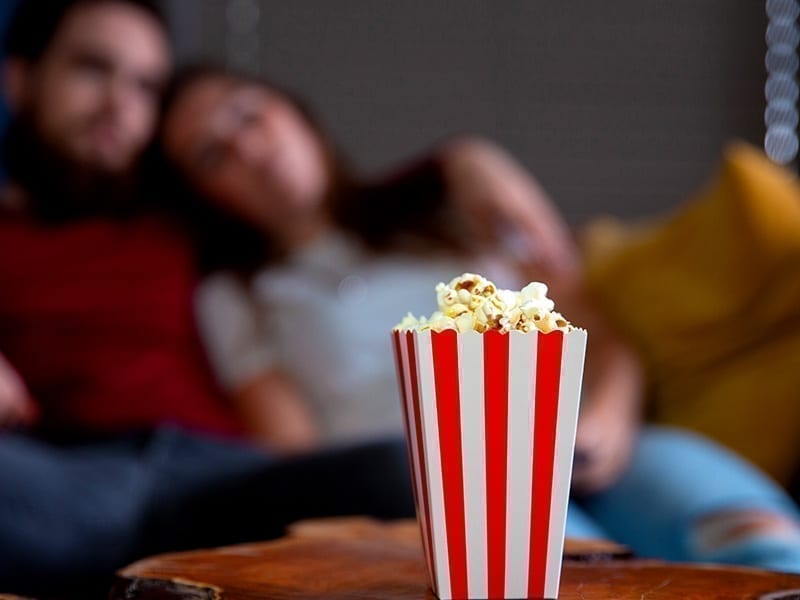 Palat, Palat, Palat! As cheesy and corny it is, you all have re-enacted the scene from Dilwale Dulhania Le Jayenge. And can’t deny it. You might not admit it in public but secretly movies followed by the typical boy meets girl, falling in love, heartbreak and the reunion, tugs your heartstrings. Romantic movies make you fall in love, believe in happy endings and give you a boost of serotonin. In Bollywood, romance is the key essence. And Bollywood romance is the perfect blend of romance, comedy, drama and action. When words couldn’t, Bollywood romantic movies helped put feelings into perspective.

Here is a list of the best romantic movies perfect for every moment. Movies to cry, laugh or both together! Although most romantic movies end with the characters having a heartfelt reunion, sometimes it isn’t a possibility. But a beautiful story nonetheless.

Grab your popcorn, drinks and a box of tissues to begin this movie marathon! And don’t worry, as we have included the best romantic movies on Netflix too!

When romantic movies are concerned, DDLJ tops the charts. Set in London, the movie still attracts audiences in the cinema hall in Mumbai 20 years later. Dilwale Dulhania Le Jayenge is a classic cult favourite for all romantic movie lovers. Dilwale Dulhania Le Jayenge or popularly known as DDLJ is a story about a guy trying to win his girlfriend’s hand in marriage although her father opposed it and she is to be married to another. The acting skills of Kajol and Shah Rukh Khan and perfect views of the greyscales of London, mountains of Switzerland and yellow mustard fields of Punjab are scenes that will forever stay in your heart.

Jab We Met is a movie that has taught many to love, laugh and live. It is probably one of the best romantic movies by Imtiaz Ali. The movie follows a feisty Punjabi kudi played by Kareena Kapoor, a depressed businessman played by Shahid Kapoor and their crazy journey. Jab We Met has the perfect blend of drama and the most melodious songs. It is a movie whose songs will stay with you till the end of time! This movie is also one of the best romantic comedies to have played on screens.

Based on the 1907 short story ‘The Last Leaf’ by O. Henry, Lootera is a romantic movie set in 1953. Lootera is a love story between Pakhi (Sonakshi Sinha) and Varun (Ranveer Singh). The film speaks with its silences and whispers, and a background score that is among the best Bollywood has produced. The first half of the film begins in 1953, where Varun is an archaeologist on Pakhi’s family’s considerable estates in West Bengal. In the second part of the film, Varun is on the run but takes refuge in Pakhi’s house in the hills, where she is dying. Lootera may not have been a hit but it has acquired a cult status over the years.

Times change and so does the meaning of love. Love Aaj Kal is a movie that juggles between the olden times when love wasn’t about hooking up and sex and the modern age make out-break up relationships. The movie is one that had something to suit everyone’s taste. The reason why everyone loves this film is that it beautifully narrates love stories of two different generations. It helped us understand this better how only the perspective of realising one’s soulmate has changed over time and not the feeling of love. Love Aaj Kal is a movie with Jai (Saif Ali Khan) and Meera (Deepika Padukone) playing a couple, Veer Singh (Rishi Kapoor) who is stranger Veer encounters and loads of groovy songs

Two best friends turn to lovers. It might be predictable but it is the best movie of all time. Jaane Tu Ya Jaane Na is a movie on two college besties, Jai, the most non-violent Rajput and Aditi, a highly aggressive and impulsive girl. The movie takes its audience through various stages of life, from college to adulthood and important stepping stones like marriage and settling down. There is no single scene that sets this movie apart from the rest because everything about it is loved by its audience.

Jaane Tu Ya Jaane Na is a coming-of-age movie. With Genelia D’Souza as the wild child and Imran Khan as the calm, introvert in the lead, this film became a trendsetter. It is one of the best romantic movies on Netflix.

If you are searching for romantic movies on Netflix and ignore Kal Ho Naa Ho, go back and watch that movie! This movie will make you laugh and cry, sometimes both at the same time. You’d root for every single character present and a movie that will break and mend your heart with its story. Kal Ho Naa Ho checks all the right boxes for a good rom-com movie. Shah Rukh Khan, Preity Zinta and Saif Ali Khan deliver award-worthy performances in this film. Keep a box of tissues on the side with your snacks, this movie is an emotional rollercoaster.

It probably isn’t one of the best romantic movies on Netflix but it is a pleasant and sweet movie. With actors like Vicky Kaushal and Angira Dhar playing Sanjay and Karina, the movie revolves around the couple and Mumbai’s housing situation. The film begins with promise, confidence, and a balance between dreams and the absurdity of their pursuit. It is filled with heartwarming scenes and chuckles. Overall, it is a fairytale romance with light humour.

A very refreshing take on love, romance, friendship and life, Yeh Jawaani Hai Deewani is the DDLJ for the current generation. The movie topped itself with drama, music, scenic views, great cast and choreography. But one of the underrated facts is that YJHD (Yeh Jawaani Hai Deewani) captured the essence of life. It showed us the fallouts and makeups in friendship and love, growth of a person and their career and dilemmas faced by the youth of the generation. Ranbir Kapoor and Deepika Padukone along with Kalki Koechlin and Aditya Roy Kapoor aced their roles in the movie.

If you are looking for English romantic movies you need to check out Before Sunrise. Before Sunrise explains an individual’s relation with love. It captures the emotion and conversation of love. The film rolls with two strangers, played wonderfully by Ethan Hawke and Julie Delpy, meet each other on a train and disembark in Vienna and spend the night together, getting to know each other. It beautifully unfolds the beginning of a relationship, where everything is full of happiness yet underlined with bittersweet notes.

Another one of the English romantic movies that’s also available on Netflix is Crazy Rich Asians. A movie that could be a Karan Johar movie and is a modern-day fairytale. The movie revolves around Nick Young and Rachel Chu, and their efforts to stay as a couple despite hurdles. Crazy Rich Asian is one of the romantic comedies that will make you smile and warm your heart. The wedding scene in the movie will most definitely have you gasp and shed a tear!

Romantic movies are one genre that will never go out of style. They are the perfect mix of heartbreak, songs, drama and action. Although they are unrealistic and fairytales we all wish were true, romantic movies are a good break from the usual thrillers. So break open that bottle of wine and indulge in a romantic movie!

Vocal For Local: Women-Led Small Businesses In The Spotlight This Week

10 Rasile Foreplay Techniques To Spice Up Your Sex Life