More
LifeHow To Be A Better Ally & Support Your LGBTQIA+ Friends

How To Be A Better Ally & Support Your LGBTQIA+ Friends 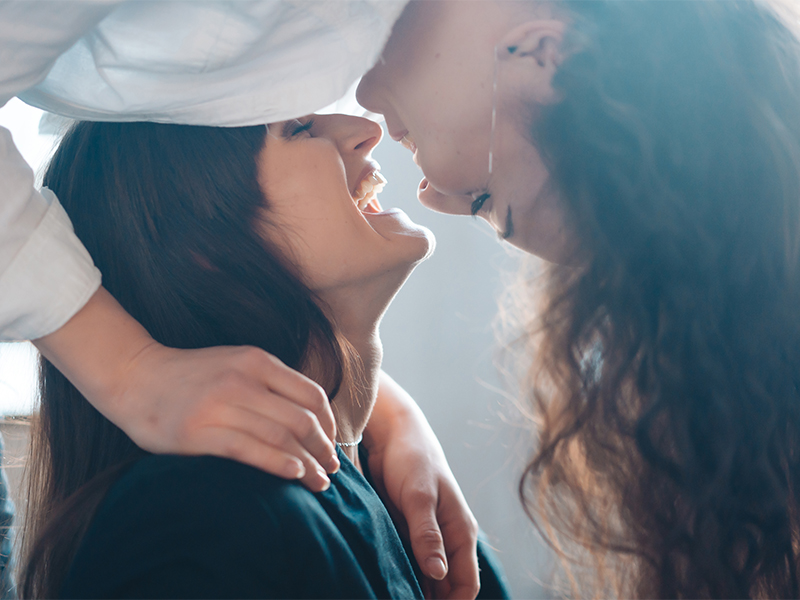 Despite strong movements in favour of LGBTQIA+ rights and homosexuality being legal, there remains a significant amount of homophobia present among the Indian population. The very fact of this being legal or illegal doesn’t mean it is truly accepted among families, or even among friends. So, this Pride Month, move towards acceptance and being more sensitive. Discrimination and bullying are still prevalent, even the Indian cinema has portrayed queer characters as nothing but flamboyant or a comic relief, which needs to change. This is why Shubh Mangal Zyada Saavdhan, the first modern mainstream Bollywood film about queer love, is a progressive change. The legalization of homosexuality is the first step from India towards acceptance, yet the country has a long way to go before it reaches an actual and genuine acceptance of the LGBTQ+ community. Your goal must be to ensure you provide a comfortable environment for the members of the community so that they can talk without fear. Help them live their lives to the fullest because every little step counts!

TC46 connected with Psychiatrist Dr Kedar Tilwe, Fortis & Hiranandani Hospitals, Mumbai, to explain the mental health effects of bullying on the members of the LGBTQ+ community and ways to prevent it. He also explains 5 ways to be a good ally.

1. Being non-judgmental, non-discriminating, and accepting makes a difference

The sexual orientation of a person is perhaps their deepest personal decision and is often not a matter of choice. Having a non-judgmental, non-discriminating, and accepting attitude towards them is of paramount importance. Focusing on other common shared aspects of their life such as work, hobbies, common areas of interests and activities will enable them to feel included and secure; thus, lowering the stress.

2. De-stigmatization, correcting misconceptions and inclusiveness is the answer to bullying

Bullying can lead to lowering self-esteem, diminished self-respect, self-doubt, and feeling ostracized. This can lead to serious mental health concerns such as substance abuse like alcohol and tobacco due to the development of faulty coping mechanisms. Precipitation of major mental illnesses such as depression, anxiety, and stress disorders can also occur. Spreading awareness related to de-stigmatization, correcting misconceptions related to the LGBTQ community, and putting the focus on acceptance and inclusiveness is needed at a personal, grassroots, and organizational level to help minimize the effect of bullying.

3. Ways one can be a good ally to their LGBTQ friends

10 Things You Need To Stop Asking Your LGBTQIA+ Friends

Being true to oneself might not be as easy as it seems and when you ask the wrong questions to someone you care about, it can have adverse effects on their mental health. Curiosity is not a bad thing, but neither is practising sensitivity. You can read, watch shows, movies and documentaries in whatever way you choose to help you learn and understand the community more. And yes, you can ask questions directly, too—but keep in mind if those are questions that you would like to be asked.

Nobody plans to be part of the LGBTQIA+ community; it’s not something you can predict. People discover this at their own pace and through their unique circumstances. Our sexual orientations are mainly driven by our genetics and our surrounding environment, not our own will. Therefore, a person doesn’t just decide to be queer. It is important that you not use the word “decide”, as it implies that you are accusing your friend of opting to be gay, making them feel like they are at fault for the societal oppression they encounter. Be supportive!

Chances are you have a friend or know someone that belongs to the LGBTQIA+ community. You may think that this is a harmless question, but it might come off as offensive. By asking this, you’re invalidating their gender identity. If someone wants to live their truth and tell you that they’re gay, they are.

3. Does Your Religion Allow You To Be A Member Of The LGBTQ+ Community?

Don’t assume that just because you are an ally you have the right to ask intrusive questions about the person’s religion. Historically many orthodox religions have treated the LGBTQ+ community harshly. However, within nearly every religious denomination there are now supportive groups that have adopted different interpretations about the LGBTQ+ community. Religion should not infringe on others leading their lives authentically. No religion says no to love.

4. How Do You Know You’re Gay If You’ve Never Kissed A Member Of The Opposite Gender?

If you’re intrigued by how your friend discovered his/her/their true self, there is no harm in asking that. Friends should care and be curious about each other, after all, but just be mindful of your phrasing.

Once again, invalidation underscores this question. It assumes that the person you’re asking is going through something and that their outlet or coping mechanism is getting into a homosexual relationship. Exploring one’s sexuality is not synonymous with going through a phase.

6. Who Is The Man/ Woman Of The Relationship?

The answer: No one is.

The thing about this questions is that it tries to fit an LGBTQIA+ relationship in a heterosexual square—which absolutely misses the point. It negates the gender identity of the people in the relationship as if it’s only valid when one fits the role of the guy and the other, the girl. This also assumes or builds upon set gender constructs that men should act or look a certain way while women should do or look or be the other.

7. Are You A Transvestite Too?

You surely would’ve heard that clothes have no gender, well that’s a fact! By asking this question, you’re implying that LGBTQIA+ individuals must look a certain way and that’s the only way they can look. Self-expression is essential to anyone regardless of their gender and the way that someone dresses are not indicative of how deep their homosexuality goes.

8. Have You Had The Surgery Yet?

9. Did You Try To Get Treatment?

Sexual orientation and gender identity are not mental diseases, you cannot treat someone’s sexual orientation. This is who they are as human beings, so please don’t stigmatise this aspect of their lives as some disease that has to be treated. So-called therapies that promise to change or convert a person’s sexual orientation or gender identity are widely discredited. Conversion therapy is widely opposed by prominent professional medical associations. Asking this question can cause them distress, which is the last thing you want to do.

Sexual preference does not change a human being. Your friend did not morph into another person. Coming out can take time and consideration. If there has been any change, it’s for the better, and you should be excited that your friend has added self-acceptance to their world, and trusted you with their true selves. The best ways to respond is to say, “I still feel the same about you.”

Know Your Products: Makeup Basics & The Right Way To Use Them

Smelly Feet: How To Get Rid Of Foot Odour During Monsoons