Buzz 46: This Republic Day, Let’s Talk About The Battles Indian Women Still Have To Fight Every Day 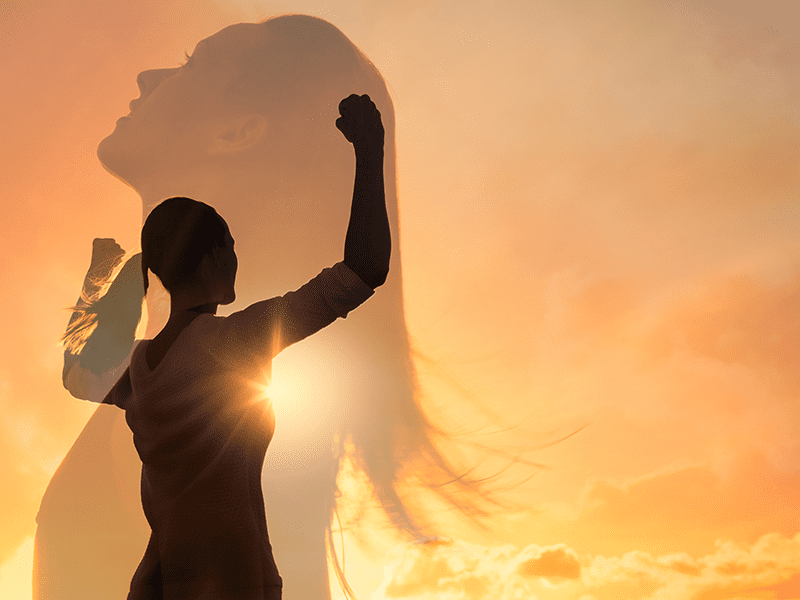 As we celebrate Republic Day on January 26, 2021, we uphold the Constitution, unifying the country full of diversity. And we watch women power being represented at the Republic Day parade with contingents of the Navy, India Army Service Corps and a unit of Corps of Signals, many of which are led by women officers. A moment of pride and immense respect for these brave souls and many more who are splendid examples of a woman’s strength, courage, wit, intelligence and resilience. Yet, the growing violence against this gender, the unending sexism and the brunts of patriarchal misogyny refuse to part ways with India. Are women indeed living a fulfilled, independent and safe life in this country?

Today, as TC46 honours the commendable progress made in India, we stop and study the fights women still have to engage in to survive and blossom. To reach their full potential and break free from the chains of oppression. To lead by example and reach goals, dreams and aspirations.

5 Freedoms Indian Women Still Have To Fight For

1. The Freedom To Say No

With marital rape still not criminalised in India, the mere foundation of marriage is based on inequality. India sees 88 rape cases a day and yet the conviction rate is below 30%. And while women are fighting this battle out in the streets every single day, the fact that it is legal in India for husbands to sexual abuse their wives burns a lot more. The sanctity and sacrilegious status of marriage fall apart as the nation stands as one of the only 36 countries where marital rape is still not criminalised. Even though many legal amendments have been done in criminal law for the protection of the women, the non-criminalisation of marital rape in India undermines the dignity and human rights of women.

Indian law now affords husbands and wives separate and independent legal identities, and much jurisprudence in the modern era is explicitly concerned with the protection of women. Therefore, it is high time that the legislature should take cognisance of this legal infirmity and bring marital rape within the purview of rape laws by eliminating Section 375 (Exception 2) of IPC.

2. The Freedom To Hygiene

Lack of basic amenities like clean toilets, running water and menstrual hygiene products is a shameful reality. India, the world’s second-largest country by population, has the highest number of people (732 million) without access to toilets. And while a man can relieve himself out on the street and anywhere he pleases, a woman needs a safe and secure infrastructure to conduct this basic need of nature. This is one of the major reasons that cause a hindrance in the education of a girl child.

In regards to menstruation, the combination of superstitions and lack of awareness is often deadly for women. 23 million girls drop out of school once they start menstruating. The absence of this vital knowledge about periods and free access to sanitary pads is disruptive and harmful for a number of women. A step towards providing sanitary napkins at public places free of cost will do nothing but strengthen the government’s measures for young menstruating girls and women.

“Girls don’t sit like this”, “Girls don’t go out late” and many more of such misogynistic phrases have somehow become a norm. There can be a hundred incidents named which prove that women are still victims of patriarchy. Often disguised as sanskars, patriarchal oppression raises its ugly head every time a girl attempts something extraordinary. Free will and independent existence are nearly invisible in some sections of the country. Definitions of morality, female virtue, and the double standards are constant reasons to fight for.

From being forced into marriage to sexist rules and regulations, patriarchy exists in almost all aspects of an average Indian woman’s life. Just as women have to get out on the streets to demand the right to vote or to get sanitary pads removed from the list of “luxury” items, they all are fighting small battles at home every day. The word, with all its unnecessary weight and meaning, needs to go; only then women will succeed in their fight for this cause of freedom.

Just take a look at your family or friends and you will see the women lacking the freedom to exercise choice. From the right to choose their clothes to education and even their life partner, women are constantly told what to do and expected to abide by the rules put forth by society and family. And this is the root cause is the lack of equal opportunity.

The last decade has all been but a cause for women’s empowerment and gender equality. And why, in 2021, here is a need to discuss women’s rights? While a certain section of women may have the platform to exercise their basic rights, there is a majority, in interior India, which is still fighting not just for some of the most basic rights and freedom. More than inequality, it’s the gender bias that is heading the country’s functioning these days. Women are fighting for the freedom to be inclusive. And this is certainly not empowering.

Be it education or job, representation or freedom, at home or outside; women face unequal treatment in almost all aspects of life. It begins from childhood, where at several households, girls are expected to be the second mother and do chores, learn to cook and take care of the siblings. A girls’ education is often sacrificed so that the son can get one. A woman is often told what kind of jobs she can opt for which ones fall under the “men’s territory”.

Women are paid less than men for the same job, same position in the same company. The wife is expected to manage the household, work, family and kids while the husband is free from these responsibilities. The need for change starts at home when women stand up for their equal rights and demand the same respect as men.

Those these are only a fraction of what women are fighting for, the need to gain these freedoms is undeniably vital. In a land where we celebrate women like Shakuntala Devi, Mithali Raj, Kalpana Chawla, we avert our eyes when we talk about Nirbhaya, domestic violence and the noose of patriarchy around women. Change is within all of us, we just need to find a way to bring it into reality.

Quiz: Guess These Iconic Beauty Brands By Their Logos