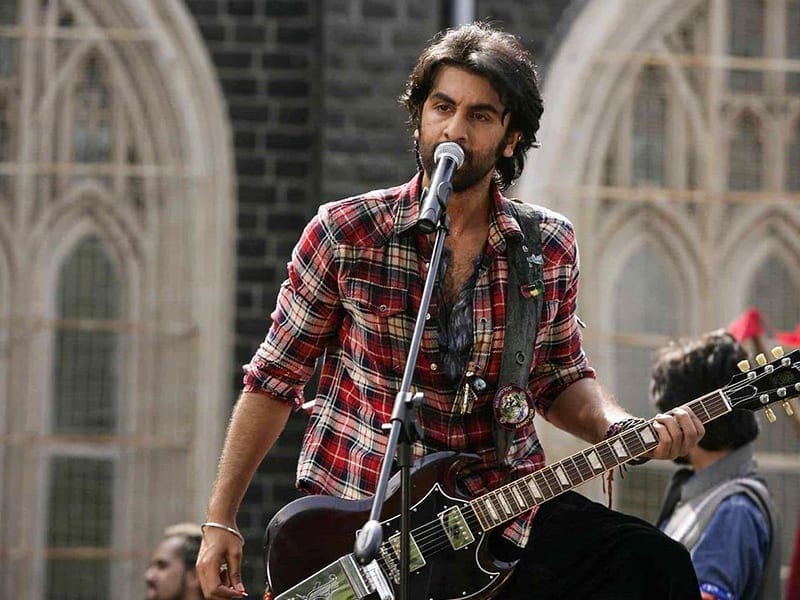 One of the most popular and talented faces in Bollywood, Ranbir Kapoor has done justice to the legacy of the Kapoor khandan. He began as an assistant director to Sanjay Leela Bhansali during Black, and then debuted in Bhansali’s romance musical Saawariya. In the last 13 years, the actor has given many memorable performances and brought to life characters that always stay with you, whether it’s with their mannerisms, their take on life, or even their one-line dialogues that get circulated as inspiring quotes on social media.

From the layered Sanju, and Ved in Tamasha who realises the futility of routine, to the angst-filled musician that’s loved and lost in Rockstar, and deaf-mute romantic partner in Barfi, Ranbir Kapoor has been riding high on success and pouring out his soul through every character on screen.

A master living under the skin of an ever-learning student, Ranbir Kapoor will be turning 38 this 28th of September. Celebrating his birthday today, we’re looking at some of his most inspiring and iconic dialogues to live by!

Ranbir Kapoor’s Dialogues That Give New Meaning To Life

With a career spanning over more than a decade in Bollywood, today we’re going back to some iconic dialogues from Ranbir’s movies which reflect the overwhelming spirit of life.

Kapoor’s fun and playful side were captured very well in Ayan Mukherji’s Yeh Jawaani Hai Deewani. The coming-of-age film argues for the other side of the coin, one that’s not bound by societal conditioning. Kabir travels and indulges his passion for exploration of lands beyond the shackles of his home and loved ones. While some people take comfort in routine, the fear of being judged for not conforming and doing what is expected has held many-a-people back from truly doing what they want to do. If you think that life is an adventure, don’t be afraid to take the journey, even if it means taking it alone.

Akash & Kiara’s journey in the film Anjaana Anjaani teaches us life’s most valuable lesson and that is, to appreciate life itself. When two suicidal strangers meet up in New York by accident, their life takes a U-turn. Much as how much they failed to appreciate it in the beginning, Akash and Kiara stumble upon the realisation that every single day we are alive is precious. Ranbir Kapoor, in one of the scenes, mentions how there might be a thousand reasons to kill ourselves but in the end, even one single reason can be enough for us to live. It serves as a major lesson for anyone contemplating suicide. You often complain about the misgivings but forget about the fact that life, in fact, is all about a combination of that, and hope, perseverance, survival and triumph. Though Kapoor manages to make the morbid look pleasant, you cannot deny the fact that indeed it teaches us that suicide or even giving up, is not the only way out when things look unforgivably grim.

Kapoor who played the role of Harpreet Singh Bedi in the film was a B.Com graduate who scored 39% and then went on to become a salesman with a big corporate computer assembly and service company, AYS. In the midst of corrupt company culture, Harpreet’s honesty brings him ridicule, humiliation and bullying. He devises an alternate service to make his mark and concludes that sales success is dependent on the customer, and this success can be achieved without resorting to bribery and dishonesty. The movie sheds light on how marks are not a certificate for innate intelligence, creativity, ingenuity, and the ability to succeed. In this grades-driven world where rote learning and marks are leading to student burnout, the movie deserves to be re-released in 2020 to spread a long-overdue reminder.

Though Roy didn’t fare well at the box office, it’s quite famous for its heart-wrenching songs and great cinematography. If one thing Ranbir’s character has taught us in this film, it is that we’re all play-acting, trying to live someone else’s life. It’s human nature, and it’s driven by envy, escapism and the assumption that by assuming a ‘role’, our life will be better than the one we have been given. We end up living with this inherent trait that may be consistent or keep surfacing intermittently through our lives. So, do you have what it takes to face your truth? To really be, you?

A more grim and serious take on the futility of living a life that’s driven by societal and familial expectations than Yeh Jawani Hai Deewani, this Imtiaz Ali movie was either loved or hated. Ranbir’s character struck a chord with many who felt trapped in their everyday on-goings to the point of being too emotionally weighed down, depressed even, to function. In a country driven by conditioning, norms, expectations, and societal pressure, there are many people who are experiencing this turmoil, feeling caged in their perceived free environment.

As Ranbir turns a year older today, let’s raise a toast to his many memorable characters that have given us life lessons to live by. Got a favourite dialogue we haven’t covered? Let us know in the comments!

10 Trending Nail Shapes For Your Next DIY Manicure At Home