More
Buzz 46Buzz 46: How Vismaya’s Death Is A Reflection Of India’s Fight Against...
Advertisement

Buzz 46: How Vismaya’s Death Is A Reflection Of India’s Fight Against Dowry & Domestic Violence 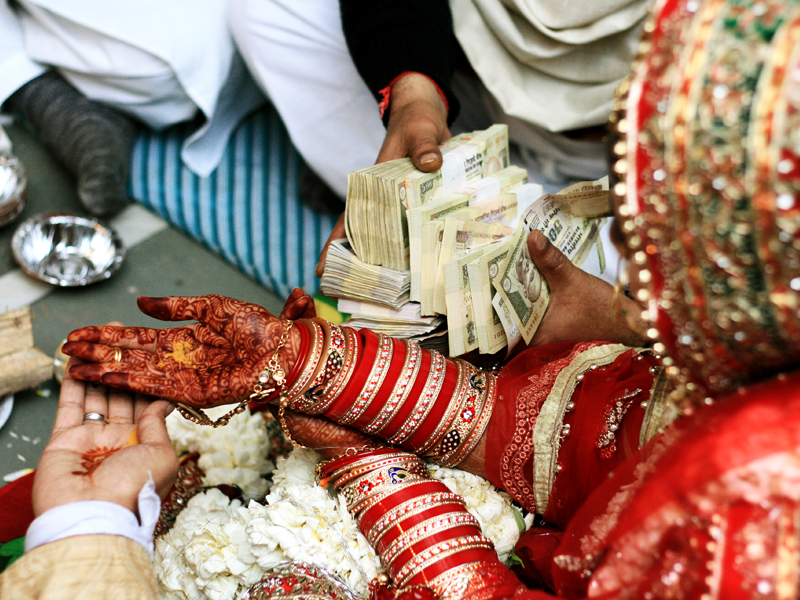 Marriage, an institution of utmost importance and a practice of sanctity in India, is seeing visible cracks in its foundation. While dowry and domestic violence are not new, the fact that these evil practices still exist shocks the common people. As the world enters new and progressive stages, we expect society to change and evolve accordingly. And though most of us have managed to become better versions of ourselves and our previous generations, some are still stuck in the regressive and oppressive past.

The investigation of Kerala’s Vismaya V Nair’s death has opened the conversation around dowry abuse and domestic violence again. And it’s crucial we shed a light on such ongoing unjust practises. In honour of all the victims of dowry harassment and domestic violence, TC46 shares key guidelines for Indian women from lawyers and experts.

Legal Facts On Dowry Indian Women Should Know About

Shruti Swaika, a lawyer by profession and Principal Associate at Fox & Mandal, shares crucial insights into creating awareness about women’s legal rights on dowry. Here, she explains the laws that protect against dowry and the legal rights every woman should know about.

The Dowry Prohibition Act Defines Dowry In Our Constitution

The Dowry Prohibition Act, 1961, in Section 2, defines it as follows:

“2. Definition of “dowry” – In this Act, “dowry” means any property or valuable security given or agreed to be given either directly or indirectly –

(a) by one party to a marriage to the other party to the marriage; or

at or before or any time after the marriage in connection with the marriage of the said parties, but does not include] dower or mahr in the case of persons to whom the Muslim Personal Law (Shariat) applies.

Explanation II.—The expression “valuable security” has the same meaning as in Section 30 of the Indian Penal Code (45 of 1860).”

There are also some state amendments to this, for e.g. In Haryana, they have changed this definition.

Basic Laws That State That Dowry Is Illegal

Along with the Dowry Prohibition Act, there is the Indian Penal Code. Section 304-B, which was inserted in 1986, provides as follows:

(1) Where the death of a woman is caused by any burns or bodily injury or occurs otherwise than under normal circumstances within seven years of her marriage and it is shown that soon before her death she was subjected to cruelty or harassment by her husband or any relative of her husband for, or in connection with, any demand for dowry, such death shall be called “dowry death”, and such husband or relative shall be deemed to have caused her death.

Explanation — For the purpose of this subsection, “dowry” shall have the same meaning as in Section 2 of the Dowry Prohibition Act, 1961 (28 of 1961).

Dowry Is The Worst Foundation For Any Marriage

Legally they can report the family, but practically speaking this is hardly a solution. Marriage is as intimate a relationship as it gets. It simply cannot start on such grounds. DO NOT get married to someone you need to file a criminal case against. It does not get more basic than that. One way to offer help is to be supportive of women who choose to not get married when faced with the demands of dowry. Of course, this is a deep-rooted problem and will require time to overcome.

Domestic Violence In India & Laws That Fight This Evil

Domestic violence can be described as where one adult in a relationship misuses power in order to control another. It is the establishment of fear in a relationship through violence that includes other forms of abuse. The violence may involve physical abuse, sexual assault and threats. An application can be filed to the Magistrate under Section 12 of the Domestic Violence Act, 2005.

5 Signs Of An Abusive Relationship

Abuse can be physical, emotional, or sexual. Physical abuse means any form of violence, such as hitting, punching, pulling hair, and kicking. Abuse can happen in both dating relationships and marriages. Emotional abuse can be difficult to recognize. Sometimes people mistake intense jealousy and possessiveness as a sign of intense feelings of love. It may even seem flattering at first. Threats, intimidation, putdowns, controlling behaviour, and betrayal are all harmful forms of emotional abuse that can really hurt — not just during the time it’s happening, but long after too. Sexual abuse can happen to anyone, irrespective of gender. It’s never right to be forced into any type of sexual experience that you don’t want.

Here is a guide to understanding abuse in a marriage.

These tactics are meant to undermine your self-esteem. The abuse is harsh and unrelenting in matters big and small. Name-calling like blatantly call you “stupid,” “a loser,” or even swear words are some major signs. If your partner yells at you, constantly talks in a patronizing tone or dismisses your thoughts and ideas, then that counts as abuse. Insults about your appearance, belittling your accomplishments or making fun of your shortcomings in public is not a great sign in any relationship.

Trying to make you feel ashamed of your inadequacies is just another path to power. Such manipulation is abusive. Threatening you with leaving you is a common abusive tactic. If your partner is incessantly monitoring your whereabouts, checking your internet history, emails, texts, and call log or telling you what to wear, what and how much to eat, or which friends you can see, then they are controlling you. Tendencies like maintaining financial control over you, barking orders are expected to be followed despite your plans to the contrary or stomping out of the room mid-conversation are all signs of abuse.

This behaviour is fueled by an abuser’s insecurities. They want to create a hierarchy in which they’re at the top and you’re at the bottom. Traits like unwarranted jealousy, using guilt to coerce you or trivializing your feelings are all ways of an abusive partner. Gaslighting or denying that an argument even took place is to make you question your own memory and sanity. If your partner says that whatever’s wrong in their life is all your fault or engages in the destruction of your belongings in a fit of rage, that’s also considered abuse.

Abusers tend to place their own emotional needs ahead of yours. Many abusers will try to come between you and people who are supportive of you to make you more dependent on them. Demanding that you respect them, shutting down communication, keeping you from socializing and withholding affection are some ways abusers induce emotional trauma. If your partner tells co-workers, friends, and even your family that you’re unstable and prone to hysterics or tells family members that you don’t want to see them or make excuses why you can’t attend family functions, they are isolating you.

A codependent relationship is when everything you do is in reaction to your abuser’s behaviour. And they need you just as much to boost their own self-esteem. You’ve forgotten how to be any other way. It’s a vicious circle of unhealthy behaviour. You might be codependent if you frequently seek out your partner’s approval, bite your tongue and repress your feelings to keep the peace or consistently neglect your own needs for the sake of theirs. This is a sign of abuse that can be easily overlooked but can turn harmful in the long term.

If you’re being mentally and emotionally abused, trust your instincts. Know that it isn’t right and you don’t have to live this way. If you fear immediate physical violence, contact the authorities. If you aren’t in immediate danger and you need to talk, either connect with a loved one whom you can depend upon or connect with NGOs and organizations that offer shelter and help.

Remember, nothing is more valuable than your life. Know if you are facing abuse in your relationship by taking this quiz here. There are plenty of people to help you get out of an abusive marriage and put an end to violence and harassment by your spouse.

10 Expert Tips To Deal With The Postpartum Body Emotionally, Mentally, And Physically

Vocal For Local: Women-Led Businesses That Deserve Your Support