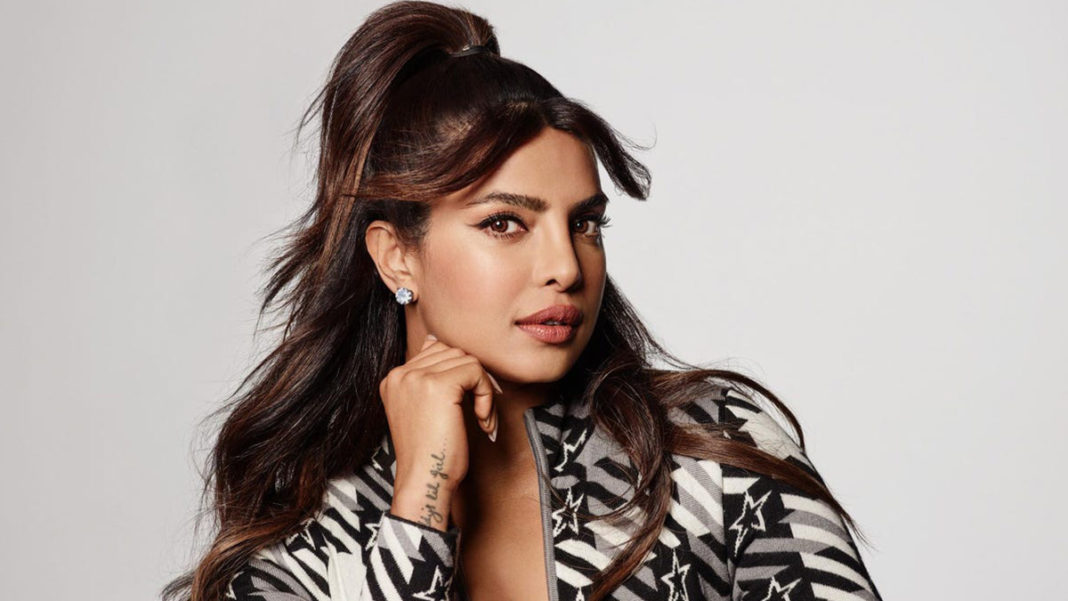 Slide 1
Buzz 46: Celebrating 5 Total Boss Moments Of Birthday Girl Priyanka Chopra
Priyanka Chopra made it to the headlines when she was adjudged Miss World in 2000. Since then there has been no looking back for her. After making her mark in Tinseltown, she explored international territories and made a name there as well.

On Priyanka Chopra’s birthday (18th July), let’s look at 5 of her many total boss moments.
Slide 2
1. Conquering The Miss World Crown In 2000
The diva made her entry to the world of glam and entertainment by winning the Miss World title in 2000, after competing with as many as 95 beauties from across the world. At the final round, she was asked to name a contemporary personality whom she considers successful. She named Mother Teresa as her inspiration, and her confidence and demeanour won her one of the most precious crowns of the world of beauty pageants. It announced to the world that the diva has arrived and how!
Slide 3
2. Taking Hollywood By Storm
After making her debut in the television series Quantico, followed by the movie Baywatch, the rockstar has made her presence felt in several other international movies like A Kid Like Jake, Isn’t It Romantic, Chasing Happiness, We Can Be Heroes, and The Matrix Resurrections, among others. Currently, she is shooting for the spy thriller movie Citadel.
Slide 4
3. Daring To Wear The Ralph Lauren Trench Coat At Met Gala 2017
Piggy Chops boasts of a stunning wardrobe with each courtier more beautiful than the other. But the Ralph Lauren trench coat that she flaunted at the Met Gala 2017 grabbed eyeballs of the media all over the globe. Considered to be one of the most outrageous outfits worn by a celeb in the history of the event, hilarious memes made their way to every nook and corner of the internet and glossy pages of newspapers and mags.
Slide 5
4. Setting Sail On Her Entrepreneurial Journey
The star floated her movie production house Purple Pebble Pictures at the 70th Cannes Film Festival. The objective of her production house is to champion good movies, especially regional cinema that don’t get the support that they deserve. At the film festival, she launched the first look of the Sikkimese movie Pahuna, which released in October 2017. She recently launched Sona Home, a tableware collection inspired by Indian traditional and ethnic designs.
Slide 6
5. Priyanka Chopra Welcomed Her Baby Through Surrogacy
Right this year, the birthday girl welcomed home a baby Malti Marie Chopra Jonas with her husband Nick Jonas through surrogacy. Without giving in to the endless gossip and negativity surrounding surrogacy, she opted for it without hesitation and gave two hoots about giving an explanation to support her decision. She embraced this process of giving birth and is now a doting mother to her daughter.

Quiz: How Much Do You Actually Know About Sun Protection?