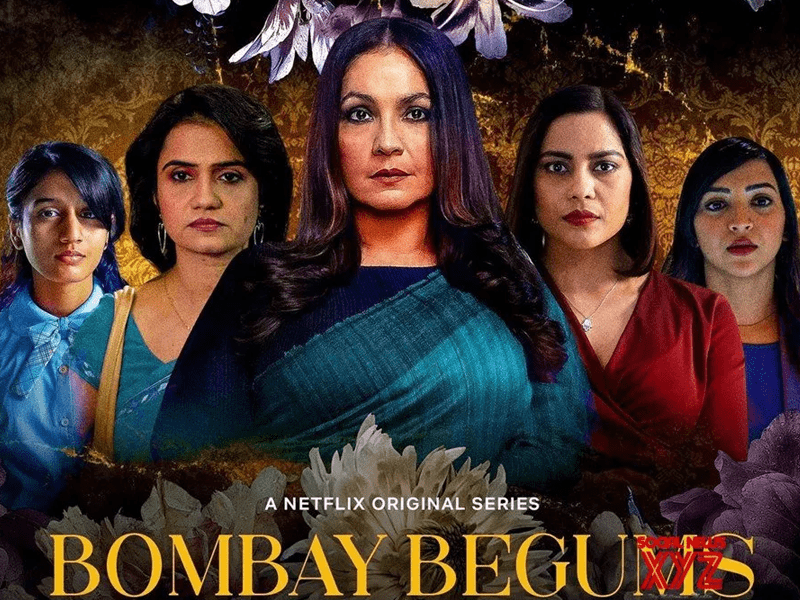 The maker of Lipstick Under My Burkha and Dolly Kitty Aur Woh Chamakte Sitare brings Bombay Begums, a six-part Netflix India show Bombay Begums which follows the lives of five women from various walks of life in Mumbai. Alankrita Shrivastava’s work has been reflective of the Indian woman’s struggles, desires and aspirations and this series is no different. It goes beyond age groups and socio-economic strata to bring the story of four women and a girl forth. These characters are each going through their own journeys of love, pain, sexual exploration, and discovering a true sense of self.

From fashion to performance and nuanced dialogues to exploring open secrets of life in Mumbai, Bombay Begums makes a statement. But most importantly, it imparts some vital life lessons embodied by the central women characters. TC46 sheds light on these learnings that apply not only to Indian women, but also to women all over the world.

1. Hold Your Own by Rani

Pooja Bhatt plays Rani, the CEO of the Royal Bank Of Bombay. Rani, a humble cash teller from Kanpur, climbs the corporate ladder and reaches commendable heights of success. A major part of the series is how she constantly manages to hold her own amidst a male-dominated set of colleagues. Many of whom go out of their way to remind her that she is a woman. Whether is making comments about menopause or the fact that she has a home and family she needs to manage. There is no shortage of people who try to belittle her. Rani has faced it all, from being sexually assaulted by her mentor to hustling her way around the dubious workings of a chauvinistic social order. And she has come out strong, showcasing that no dream is too big and how to be a boss woman who defies stereotypes and prejudices of a traditionally male-dominated world. Her mantra, ‘Better late than never’ is true to every scenario of a woman’s life, making it a power chant as she exposes her former mentor. Rani is an example of how women should aim for the stars, climb to the top and not be afraid of their decisions. Her advice for her daughter to ‘own your art for yourself, not for another man’ is mighty significant.

2. Don’t Be Guilty Of Your Sucesss by Fatima

A rising star at the Royal Bank Of Bombay, Shahana Goswami’s Fatima, is second in command to Pooja Bhatt’s Rani. Married to colleague who’s her junior, Fatima has reached greater heights of success out of the two in the relationship. With the couple trying to conceive, her husband’s expectation that she will bid adieu to her blooming career to take care of the child is sadly a story many Indian women are familiar with. As the series progresses, Fatima realises that ‘some women make choices they don’t fully believe in’ and that she doesn’t want a baby as much as she wants a successful career. The biggest lesson to learn from this character is that your ambitions are your own, they matter. Fatima shows us that is it okay to not fit into the traditional mould of a bharatiya naari and the expectations and rules that are associated with her. She teaches women to own your decisions, focus on your career. And that bending over backwards to accommodate her husband’s wishes and soothe his ego is not required.

3. Own Yourself The Way You Are by Ayesha

Ayesha, a young ambitious woman from Indore, played Plabita Borthakur, idolizes successful women like Rani and Fatima. This truly is a reflection of the younger generation of women looking up at women entrepreneurs and leaders, which TC46 highlights with it’s Self Starter features. This character’s sexual awakeneing and the journey towards the realization that she is bisexual is wonderfully enscapsulated by Plabita. She, as a small-town insecure woman, brings poignant vulnerability to her role. A women with applaudable strength, she takes a stand against the sexual harassment she faces by the MD of the company, even when seniors, including Rani and Fatima, advise her against it. And yet, with the fear of losing her job pushed afar, she lodges a complaint against her perpetrator, refusing to falter under authority and power he holds. It is her conviction that pushes Rani to open up about the assault she faced years ago. Stand up for what you believe in and stand up against what’s wrong is a message Ayesha delivers, as an LGBTQ+ icon.

4. Grab Opportunities That Come Your Way by Lily/Laxmi

Amruta Subhash’s Lily/Laxmi in Bombay Begums is a bar dancer turned sex worker that has to make ends meet to feed her son. When her life gets embroiled with Rani’s in some strange twist of fate and consequences, the latter funds a factory that Lily wants to run. In her struggle to lose the tag of a bar dancer and to provide a better life for her son, Lily is keen on turning her luck around with the social service scheme set up by Rani. Her motto of making it big and not getting stuck in her current life resonates with several Indian women. She believes that since life has given her a chance, she wants to make it big by setting up her own metal factory and employing other women like her. The lesson she imparts is that whatever your past was, it is never too late to start afresh, to have a dream and nurture it. She is a reflection of the thought that ‘when an opportunity presents itself to make your dream come true, just go for it’.