More
HealthWell-BeingBuzz 46: A Salute To The Women At War in Ukraine (&...
Advertisement

Buzz 46: A Salute To The Women At War in Ukraine (& Women In The Indian Army) 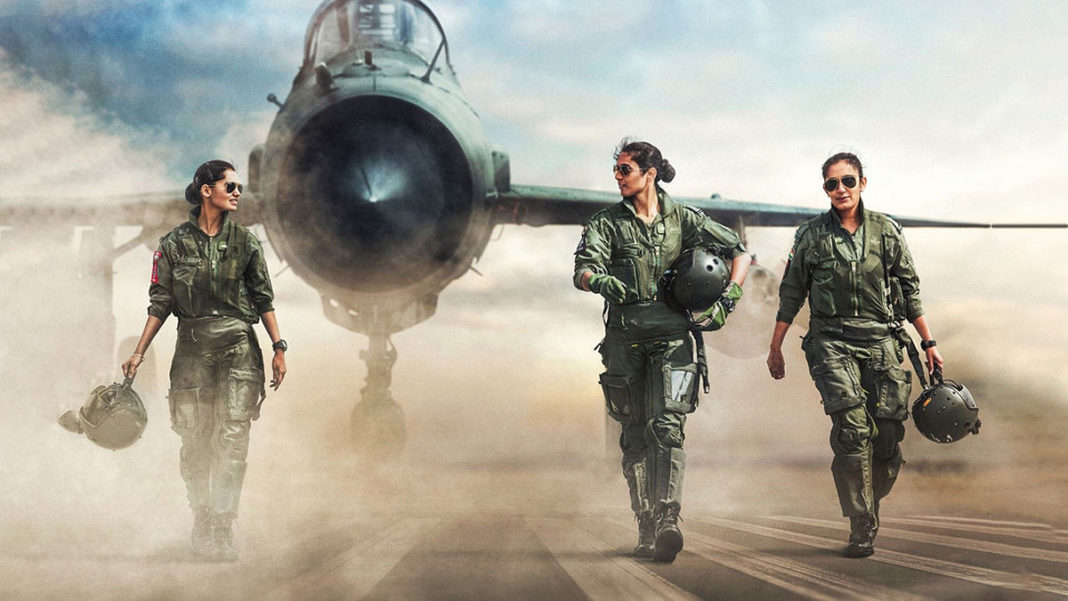 Amidst the globally trending chants of #NoWar, the war rages on. People across geographies hopelessly wonder how long it’ll take for the war to end. People express their fears of World War III. Ukraine has made it mandatory for their men aged between 18 years and 60 years to stay back and pick up arms against their aggressors. The role played by women is no less, as reports show.

The Undated Video Of A Ukrainian Soldier

A video of a woman soldier surfaced a few days back that sent shivers down the spine of people across the world. Dressed in military gear, she surprised the world with her immense optimism, despite the grim situation in war-torn Ukraine. “I’m still alive, the sun is shining, the birds are singing, everything will be fine. Long live Ukraine!”, she is heard saying with a  soulful smile in the undated video. Twitter erupted with support, encouragement, and words of praise for the soldier for her innate positivity.

The First Lady Of Ukraine & Other Women Who Inspire

The soldier in the undated video is not a rare incident of a woman on the battlefield, fighting for her Homeland that is ravaged by war. Just a day back, Olena Zelenska, the First Lady of Ukraine and wife of Volodymyr Zelenskyy, the wartime President of Ukraine, took to her official Instagram account to applaud the role being played by women in her country. She wrote, “Before the war (how scary and still unusual to pronounce it) I once wrote that there are 2 million more women in Ukraine than men. Statistics are just like that. And now it takes on a whole new meaning. Because this means that our current resistance also has a particularly female face. My admiration and bow to you, incredible compatriots! To those who fight in the ranks of zsu, and those who signed up for teroboronu…”

It sent waves of positivity across her motherland and recognizes the indispensable role that the Ukrainian women are playing during the war. A war occurs not just on the battlefield but off it as well. A lot of it is a mind game, as the First Lady of Ukraine rightly points out in her Instagram post – “…Those who heal, save, feed. To the volunteers who find everything necessary for it. And those who continue to do their usual job – in pharmacies, shops, on transport, in utilities, so that life lasts and wins. To those who take children to shelters every day without panic and entertain them with games and cartoons to save children’s consciousness from war. To those who give birth in bomb storage…”

Still, others are picking up arms, not to actually participate in the war, but to inspire others to do the same for defending their country amidst the Russian invasion. A former beauty queen, Anastasiia Lenna, had posted pictures of herself carrying arms to motivate her countrymen and women to stand united in the face of the resistance. There are stories of a 17-year-old Haryana girl who has volunteered to stay back with the children of her landlord, who has joined the war. When a war begins, it involves genders and geographies.

Women In the Indian Army

Anjana Bhaduria and Priya Jhingan were the first two women to join the batch of female cadets in 1992 at the Officers Training Academy. They were also the first batch of women officers of the Indian Army that was commissioned in March 1993. Bhaduria is also the first female officer in the Indian Army to win the gold medal. Currently, the number of women candidates at the NDA stands at a minuscule 19. Naming one or a couple of them would be an injustice to the several others who have dedicated their lives for the safety of the nation.

The teaching that the world receives from #RussianUkrainianWar is endless. One of them is that the army can accommodate more women cadets than they are currently open to now. The Ukrainian resistance has shown that women are as committed to serving their Motherland as men when the country needs them. After all, our country is the root of our existence. It is our heart, mind, and soul. It is the source of the food that we eat, the air that we breathe, the soil that we walk on. It evokes emotions. Long live, Motherland!

Ambition Does Not Mean A Lack Of Sanskaar: Real Women Crush Sexist Stereotypes