More
The ListExpert Talk: Nutritionist Minal Shah Explains Why Women Are Prone To Being...
Advertisement

Expert Talk: Nutritionist Minal Shah Explains Why Women Are Prone To Being Anaemic & How To Deal With It 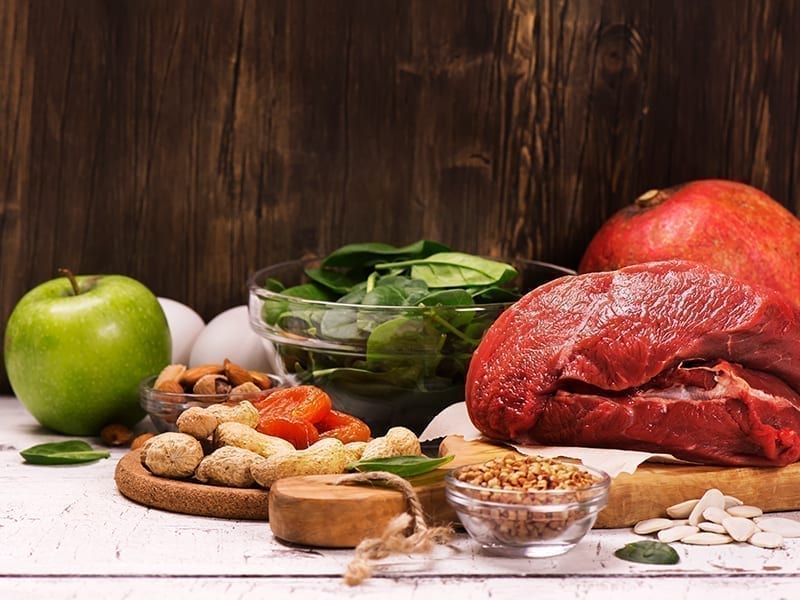 Women are at risk of iron-deficiency anaemia because of blood loss from their periods and higher blood supply demand during pregnancy. WHO estimates that 40% of pregnant women worldwide are anaemic.  A poor diet or certain intestinal diseases that affect how the body absorbs iron can also cause iron-deficiency anaemia. So how do you prevent this condition, what are its effects and how do you treat it?

TC46 consulted Minal Shah, Senior Nutritionist at Fortis Hospital in Mumbai, to answer some of the most frequently asked questions about anaemia, its correlation with pregnancy, and how to prevent it naturally.

1. What is Anaemia & how does it affect the body?

Anaemia is a condition in which the number of Red Blood Cells (RBC) or the Haemoglobin concentration within them is lower than normal. Haemoglobin is made of four subunits and can bind up to four oxygen molecules. The oxygen-carrying capacity of Haemoglobin determines how much oxygen is carried in the blood. Low Haemoglobin decreases the capacity of blood to carry oxygen to the body’s tissues. This results in symptoms like:

The three stages of Iron Deficiency Anaemia (IDA) are pre-latent, latent and IDA.

The Haemoglobin and Haematocrit levels are low in anaemic patients only after the stores have been completely depleted.

3. What causes Anaemia in women & why is it more common in this gender? Why do the chances of becoming anaemic increase during a woman’s reproductive years?

The causes of Anaemia are multiple and complex, but iron deficiency is considered to be a major cause of Anaemia, especially in women during reproductive age due to limited intake of iron-rich food along with poor bioavailability, and increased requirement associated with menstruation.

Also, during pregnancy, there is an increase in iron requirements to serve for their increased blood volume, as well as for the growing fetus. Those with planned pregnancy or at the start of pregnancy should get their blood test done to check for Haemoglobin levels. Oral contraceptives may also be a contributing factor for IDA.

Therefore, identifying the underlying cause of Anaemia is crucial. Other factors that contribute to Anaemia are hookworm infestation, chronic infection, Malaria, Thalassemia, Haemoglobinopathies, and other nutritional deficiencies such as Folic Acid, Vitamin B12 & A.

4. How does being anaemic affect pregnancy & delivery?

Anaemia during pregnancy increases the risk of premature birth, low birth weight baby and Postpartum Depression. It increases the perinatal risk for mothers and neonates and increases overall infant mortality risk. Even a moderate haemorrhage in an anaemic pregnant woman can be fatal. Anaemia adversely affects cognitive performance, behaviour, physical growth of infants, pre-school and school-aged children. Anaemia depresses the immune status and increases morbidity from infection in all age groups.

5. What are the signs & symptoms of Anaemia?

6. How is Anaemia diagnosed? When should you visit a doctor?

A Complete Blood Count (CBC) will measure your Haemoglobin, Red Blood Cells and other components of your blood. An additional blood smear or differential count of White Blood Cells, the shape of RBC and unusual cells, Reticulocyte count to check for immature RBC may be done. Blood Iron levels, Serum Ferritin levels are the best indicators of the body’s iron stores. Additional tests may also be ordered, like Endoscopy, Colonoscopy and Ultrasound (Sonography) to identify the underlying cause.

7. How can you prevent Anaemia naturally?

IDA can be prevented by ensuring a well-balanced diet that includes good sources of iron, vitamin B12, folate and even proteins. And importantly, identify the right sources of absorbable Iron for vegetarians, non-vegetarians and vegans by consultation with a nutritionist.

8. What are the treatments for Anaemia? Is it completely reversible?

Treatment of Anaemia will depend on the type and cause of Anaemia. For Iron Deficiency Anaemia, you may be prescribed iron supplementation in ferrous which the body can absorb easily. Iron supplementation should always be taken as per prescription by a doctor, as iron overload or toxicity can be harmful. It can cause fatigue, vomiting, diarrhoea, irritability, heart disease and joint problems. Iron supplementation can also have side-effects like nausea, diarrhoea, constipation and stomach pain. Consulting a doctor is the best way to proceed. There could be drug-drug interaction, like calcium interferes with iron absorption, and hence should be taken at different times. If iron deficiency is severe it may be administered intravenously.

IDA can be corrected, but it takes time, constant monitoring and follow-up. Symptoms may be relieved in 2-3 weeks, but supplementation may be continued for months to a year depending on the severity and correction. Blood tests will be repeated at regular intervals to check the correction and levels of Haemoglobin.

9. What are some iron-rich foods women should include in their diet?

Iron food sources are chicken livers as heme iron, the best absorbable form of Iron. For vegetarians and vegans, a few good sources of iron are:

Iron absorption from plant-based sources enhances the presence of vitamin C-rich foods like:

The best time to consume iron is on an empty stomach or in-between meals for minimum interference.